← Back to All Facts
Fact #10
Temperature CO2 vs Temperature 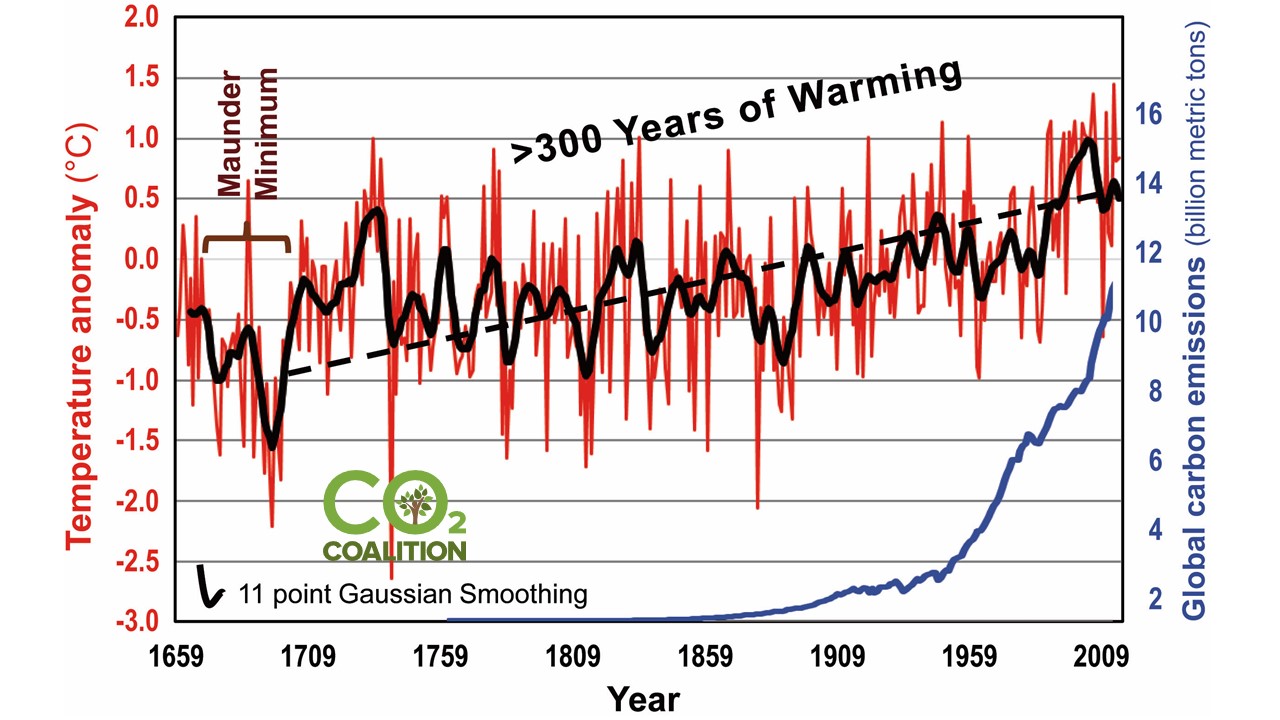 The Central England temperature record (HadCET) contains the longest continuously measured thermometer-based regional temperature dataset in the world, going back more than 350 years. This record began in 1659, in the depths of the Little Ice Age (1250 – 1800) which was marked by some of the coldest temperatures in nearly 8,000 years. The period of the late 17th century and early 18th century was a horrifically cold period known as the Maunder Minimum. Thankfully, the current warming trend we are in began in the year 1695. The next 40 years had more than twice the rate of warming as we experienced in the 20th century. The first half of this 300-plus year warming had about the same amount of temperature rise as the latter half and was entirely naturally driven. The natural forces driving temperature changes for the first 200 years of this temperature history did not cease functioning in the 20th century.