← Back to All Facts
Fact #11
Temperature 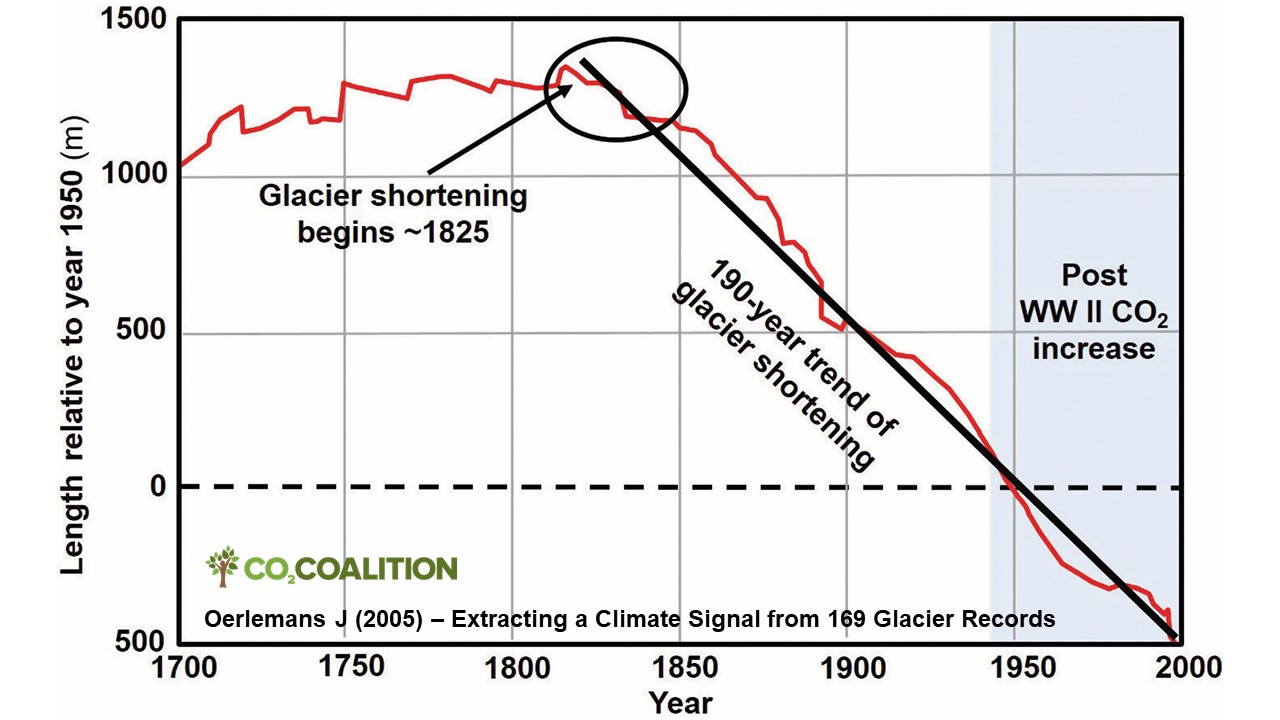 Melting glaciers and rising sea levels are the direct result of warming. The evidence shows that the global warming causing the rise in sea levels and the retreat of the glaciers began long before any significant man-made CO2 increases could have influenced either. Both are directly the result of the natural warming that began in the late 17th-century.

Glaciers could not begin to retreat and seas to rise until the atmosphere had warmed sufficiently to allow summer ice loss to exceed winter accumulations. That glacial “tipping point” occurred around 1800, with full-on retreat by 1850. Thus began more than 150 years of worldwide glacial retreat and sea-level rise that continues at about the same rate today as it was 150 years ago.