← Back to All Facts
Fact #20
Temperature 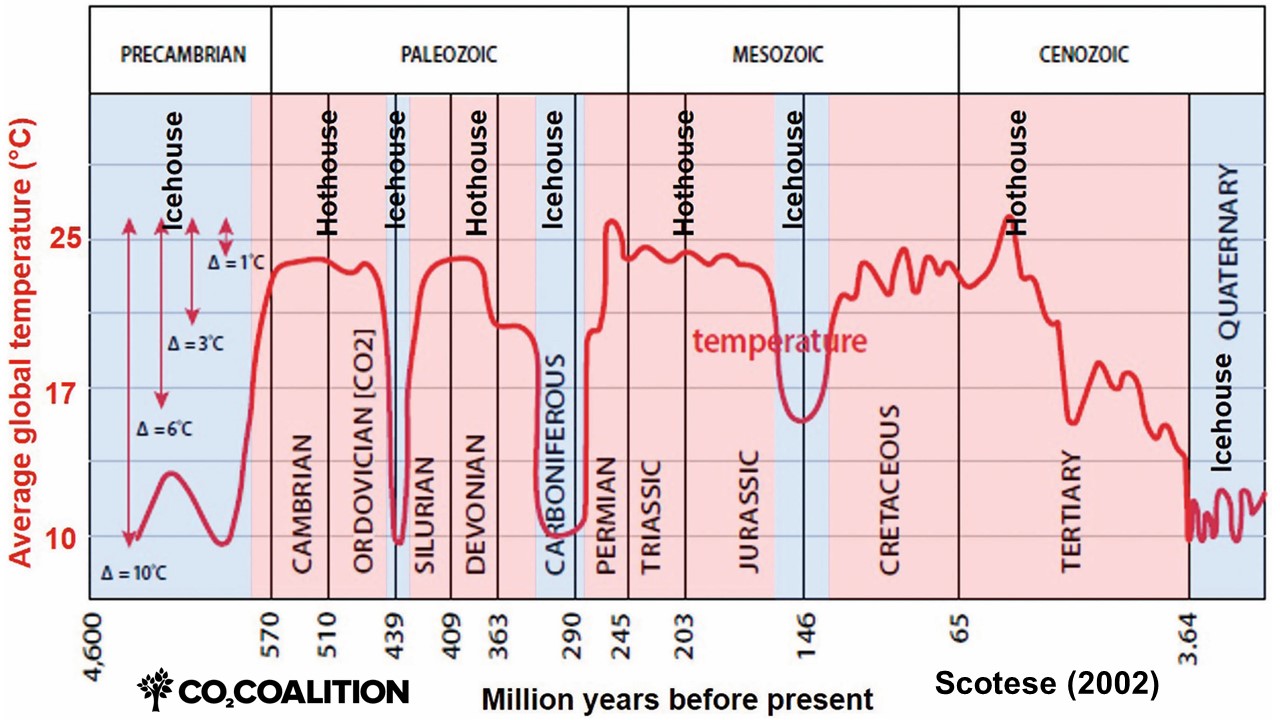 According to a reconstruction of the Earth’s temperature of the last 4 billion years, Earth is now in one of the coldest periods in its history. No geological period has been as cold as our current geologic period, the Quaternary, for at least 250 million years. Temperature variations of more than 10°C (18°F) in either direction have been common. Viewed in the context of millions of years of Earth history, our recent increase of 0.8°C (1.4°F) appears minuscule. It barely registers as a blip on the chart. Using the average temperature of the Earth for the past 600 million years, we have experienced 50 million consecutive years of below-average temperature.