← Back to All Facts
Fact #27
CO2 vs Temperature

CO2 rose after the Second World War, but temperature fell 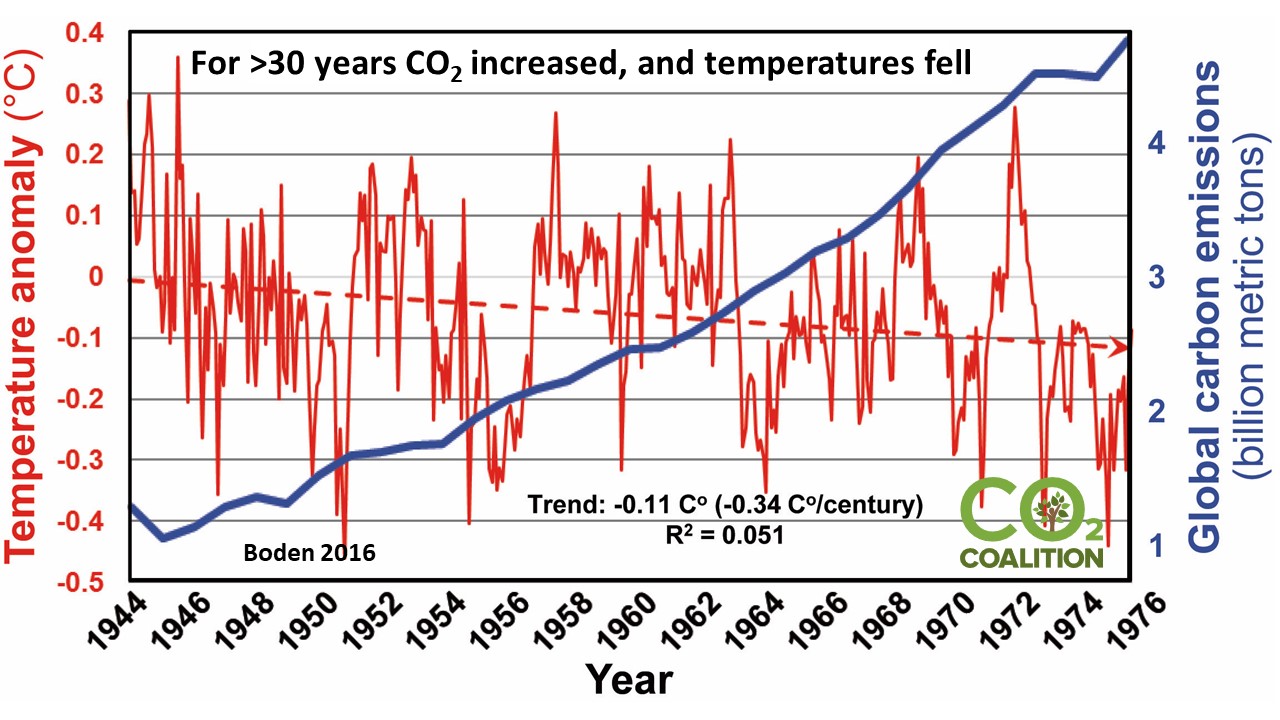 We have seen that the beginning of the modern increase in CO2 emissions began in the post-WW II industrial boom. Yet that great rise in CO2 was accompanied by a significant 33-year span of global cooling from 1944–1976. If CO2 is the primary driver of modern temperature change, why did temperatures actually fall during this time span? It was this cooling period that caused many scientists in the late 1970s to predict that we were entering a new ice age. 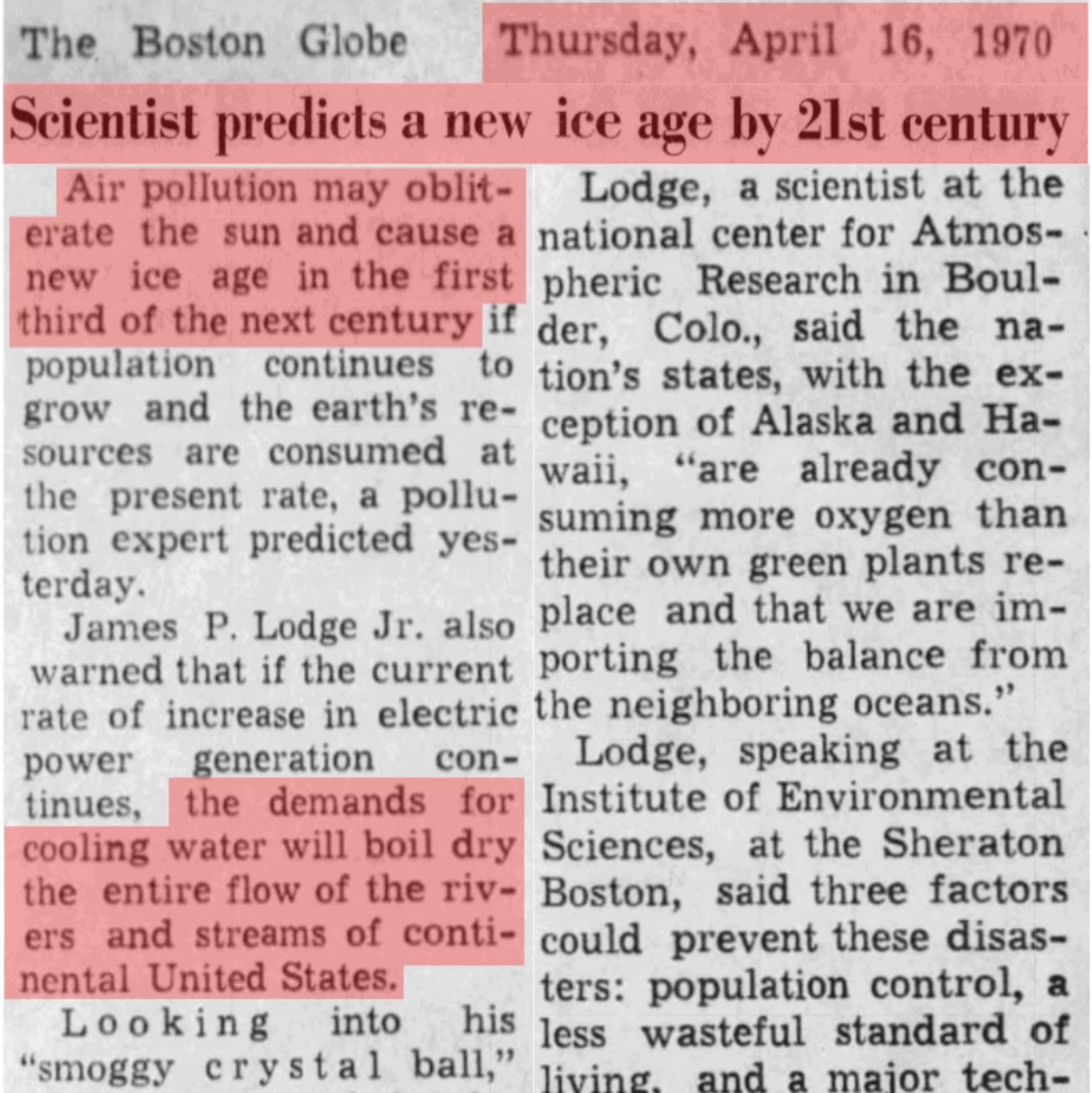