← Back to All Facts
Fact #24
Temperature

An “ideal” temperature is not that of 150 years ago 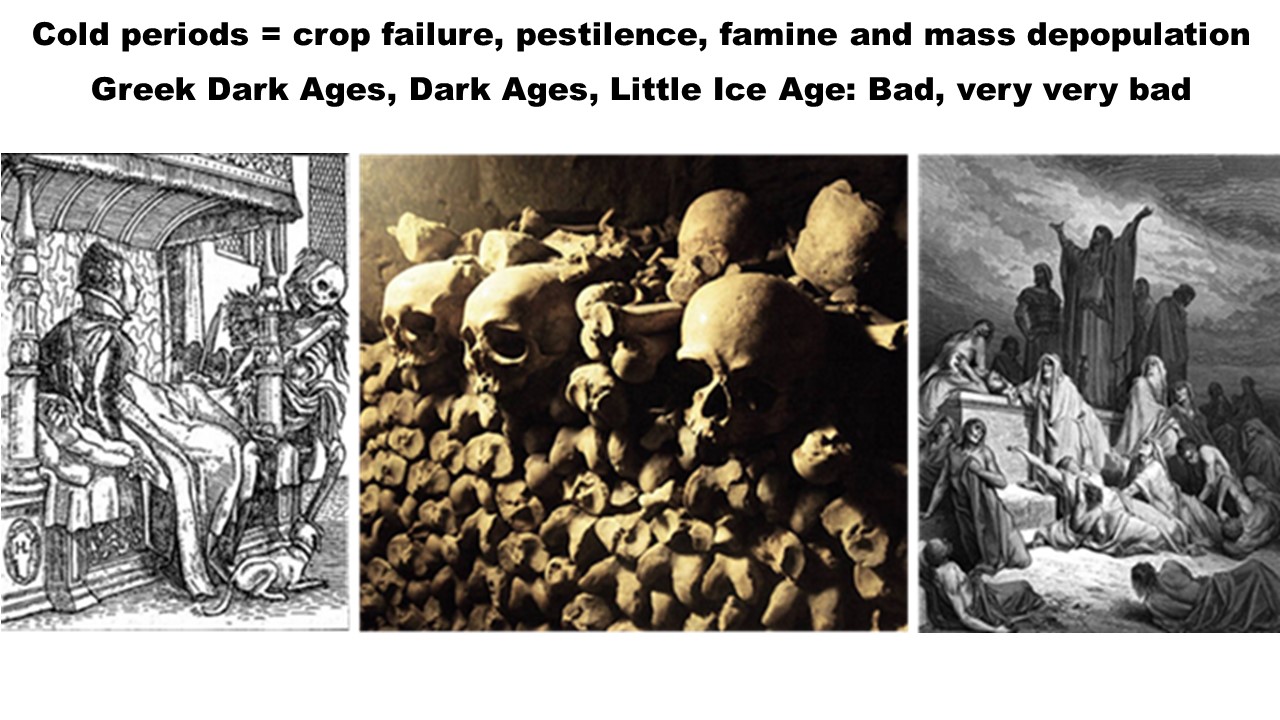 So how did those temperatures work out for humanity? Those enjoying the benefits of the warmth that preceded the Little Ice Age little realized that there would soon be more than half a millennium of cold, misery, and death. The cold brought severe hardship primarily in northern latitudes. The combination of bitterly cold winters and cool, wet summers led to crop failure, famine and severe population decline.According to Ohio State University professor Geoffrey Parker, the deep cold in Europe “resulted in a series of droughts, floods and harvest failures that led to forced migrations, wars and revolutions. The fatal synergy between human and natural disasters eradicated perhaps one-third of the human population.”

Those advocating for a return to the temperatures of the Little Ice Age are ignorant of the actual effects of such cold periods on humanity.