← Back to All Facts
Fact #15
Temperature 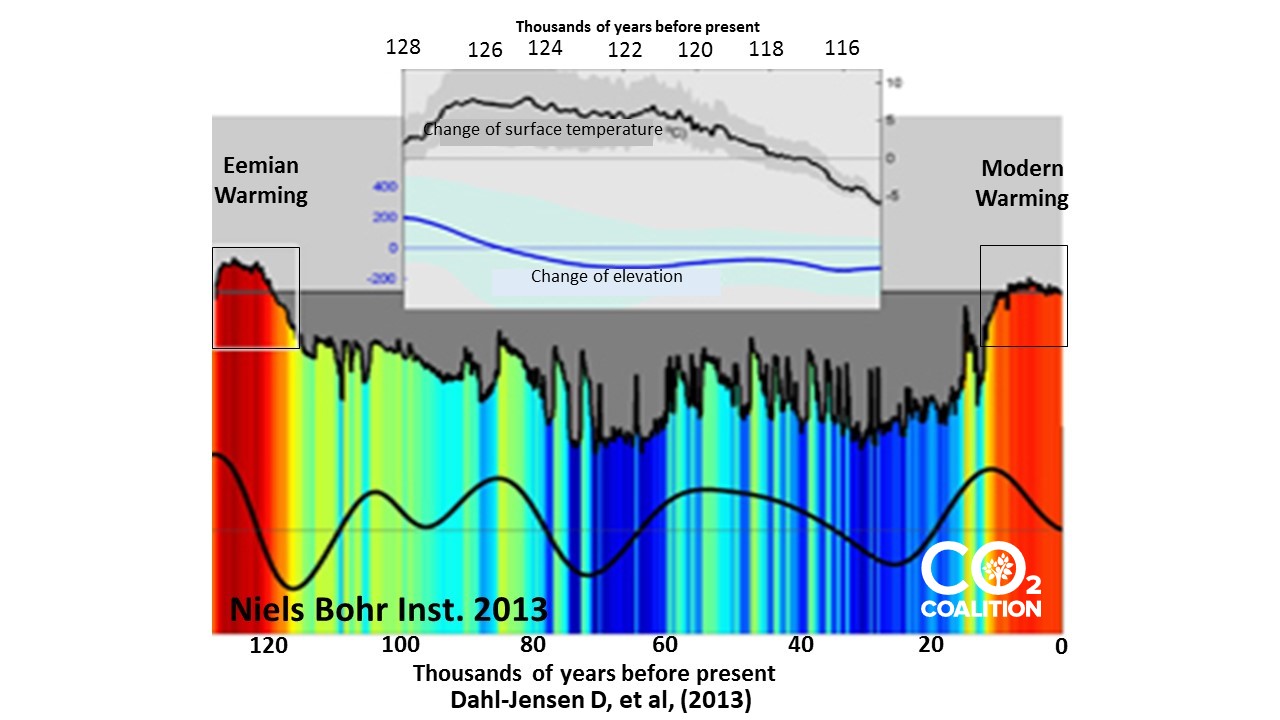 Recent research by the Niels Bohr Institute (Dahl-Jensen 2013) was the first to target ice accumulated in Greenland during the previous interglacial period, known as the Eemian. The results revealed that the Eemian interglacial warm period, between 130,000 and 115,000 years ago, was much warmer than previously thought. In fact, it was, 8°C (14.4°F) warmer than today. The implications are enormous. Even though the temperatures during the Eemian were 2.5°C (4.5°F) higher than even the most aggressive IPCC predictions, the Greenland ice sheet lost only a quarter of its mass. While 25% is significant, it is far less than the predictions of total ice elimination in response to far less warming. Also, polar bears evolved about 150,000 years ago and survived the Eemian warm period even though there was seldom any polar ice.