← Back to All Facts
Fact #22
Temperature

For human advancement, warmer is better than colder. 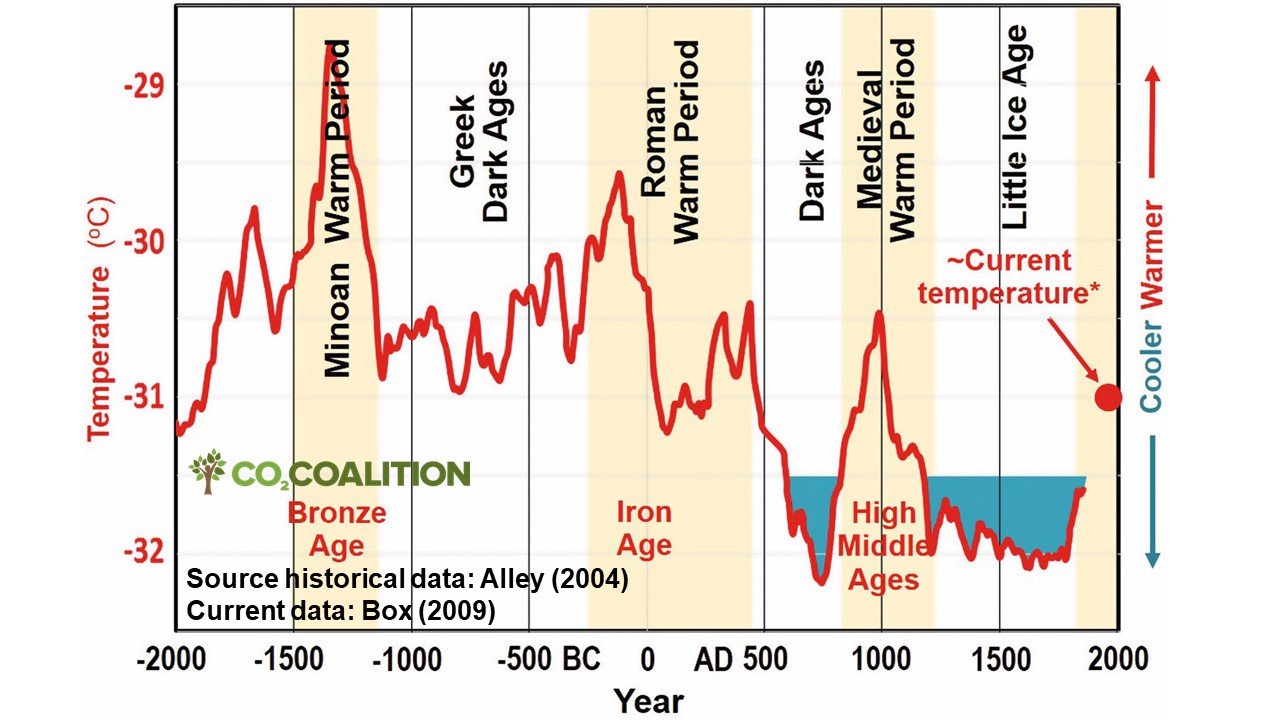 Before climate science became politicized, warm periods were referred to by scientists as “climate optima” because, for almost all species on Earth, warmer is better than colder. The most dramatic advances in civilization took place during the last four warm periods—including our own. The advancement of science, technology and the arts have been directly linked to warmer weather. The warming, which made possible an abundance of food, freed the population from its preoccupation with daily survival to do other things. It led to cultural development, something impossible during the cold periods. These prosperous warm periods were followed by declining temperatures with names like the Greek Dark Ages, the Dark Ages and the Little Ice Age. These were times of great despair as the Earth plunged into global cooling that featured crop failure, famine and mass depopulation. Make no mistake; bad things happen during cold periods, very bad things.

This data is from Greenland ice cores where temperatures are extremely cold.