← Back to All Facts
Fact #26
Temperature

The current warming trend is neither unusual nor unprecedented (Part 3) 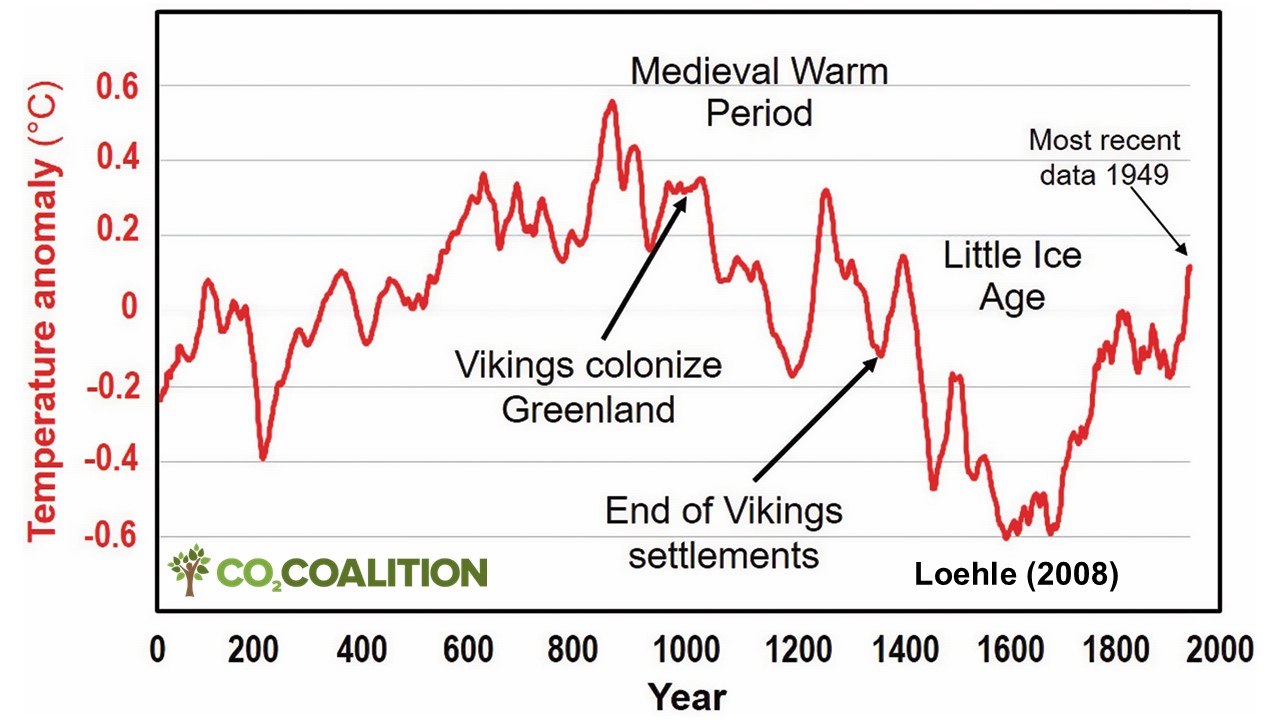 This chart is a compilation of reconstructed temperature histories using a variety of proxy sources including ice cores and lake sediments. Loehle (2008) compiled 18 peer-reviewed studies of 2,000-year-long data series using sources other than tree-rings. (The author believed that the tree-ring data such as those used by Dr. Mann for his hockey stick could not accurately capture long-term climate changes, and so excluded tree-ring data from his summary.) In direct contradiction of Mann’s hockey stick, Dr. Loehle’s data confirmed not only that the Medieval Warm Period and the Little Ice Age existed but also that the current warming trend began more than 300 years ago, just as the Central England temperature data show.

He concluded that his compilation of proxies: “…shows the Medieval Warm Period (MWP) and Little Ice Age (LIA) quite clearly, with the MWP being approximately 0.3°C warmer than 20th-century values at these 18 sites”