← Back to All Facts
Fact #18
Temperature 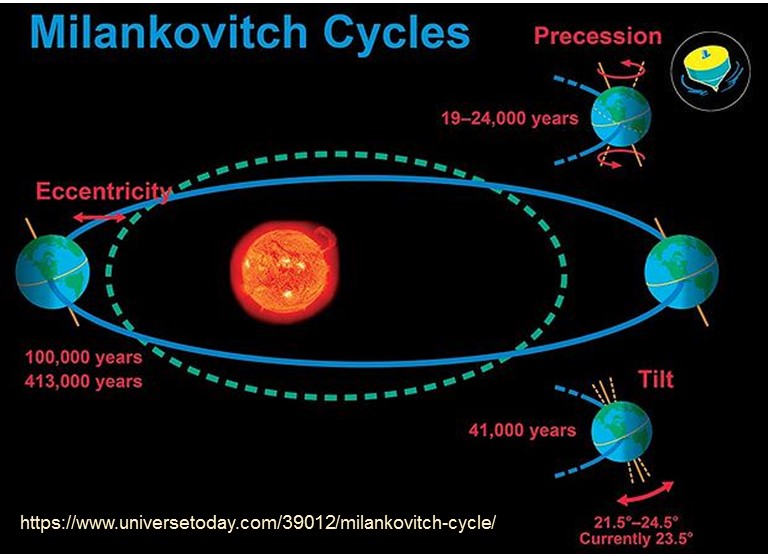 The glacial-interglacial cycles are controlled by changes in the Earth’s tilt and the shape of its orbit that occur in predictable cycles. The eccentricity of the Earth’s elliptical orbit (i.e., how far the shape of the orbit differs from a perfect circle) varies in 100,000-year cycles. The tilt or obliquity of the Earth’s axis varies in 41,000-year cycles. The Earth also wobbles on a 26,000-year cycle that causes a phenomenon known as the “precession of the equinoxes”. Collectively, these three cycles, which were originally discovered by a self-taught university janitor named James Croll, are now known as the Milankovich cycles. These long-term astronomical changes indicate that changes in CO2 concentration cannot have been the chief reason for warming and cooling in geological time.