Worldwide, the evidence is that Earth’s 8 million species are doing well.

As a young graduate student, I was thrilled to have my first hands-on experience in conservation on Portugal’s pristine grassland steppe, a paradise for avian life.

It was during this visit that I came to understand the critical role of conservationists and the factors most affecting wildlife populations across the globe. A major learning for me was that the cause of population collapse among major species is over-hunting and not climate change, the latter being the popular media’s favorite, though fabricated, bogeyman.

Largely because of conservation efforts, many of Europe’s iconic species are making a comeback. The climate’s impact has been mainly positive, as modern increases in CO2 levels and natural warming, along with management practices, are producing a growth of Europe’s forested areas.

So set aside the doom and gloom of mainstream news outlets and embrace the happier stories of conservationists’ successes.

My Portuguese experience involved research on the habitats of the little bustard and the great bustard and a host of other migratory birds, particularly those traveling along the Western European-African flyway.

Bustards are ground-dwelling birds and are considered endangered in Portugal.  Habitat restoration is showing success in preserving the population, especially for the Great Bustard, which is roughly the size of a wild turkey.

Programs like the Great Bustard Conservation Program conducts regular monitoring of the population to track their numbers, distribution and breeding success. This information is used to guide conservatists and to better understand the species’ needs. I had the privilege of assisting a scientist in fitting great bustards with radio collars and then tracking their movement across Europe. 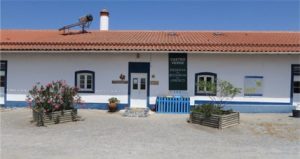 The program also works to raise public awareness about the great bustard and the importance of conservation efforts. This includes educational activities such as tours, and the operation of visitor centers, one of which allowed me to participate in the program there.

The Azores bullfinch, only found in the Azores islands, was considered critically endangered. However, its population has increased significantly through conservation efforts. The Iberian imperial eagle, a large bird of prey that was close to extinction in Portugal due to hunting and habitat destruction, is making a comeback.

The European bison, also known as the wisent, was brought back from the brink of extinction in the early 20th century through captive breeding and reintroduction programs. Today, there are over 7,500 individuals in several European countries, including Poland, Belarus and Russia. Approximately 4,000 roam free in the wild.

The beaver, once widespread in Europe, was hunted to near extinction for its fur and castoreum (a glandular secretion used in perfumes and medicines). However, reintroduction programs have been successful in many European countries, including Germany, the Netherlands and Scotland. Today, there are over 1.2 million Eurasian beavers in Europe.

The European gray wolf was almost wiped out by hunting in the 20th century, but today the population is recovering in several countries, including Italy, Spain and Germany. Their numbers have increased by 1,800 percent, and there are now 17,000 individuals.

Once considered the most endangered feline species in the world, the Iberian lynx has increased in numbers from a low of around 100 individuals in 2002 to more than 400 in 2021.

The list goes on and on. In fact, there is an entire report on Wildlife Comeback by Rewilding Europe. The recovery of these European species poses a challenge to the climate narrative purported by the media and celebrities who claim that climate change is driving millions of species to extinction.

Worldwide, the evidence is that Earth’s 8 million species are doing well. Contrary to one alarmist prediction of as many as 30,000 extinctions a year, the last 40 years have recorded the extinction of about two species annually.

Readers and viewers are well advised to look beyond the fearmongering pseudoscience of doomsayers.

Vijay Jayaraj is a Research Associate at the CO2 Coalition, Arlington, Virginia. He holds a master’s degree in environmental sciences from the University of East Anglia, UK and resides in India.