“They need to breed less”: the darkness of climate zealotry

In this age of green craze, the most likely response to legitimate concerns about the lack of access to energy for the world’s poor is advocacy for so-called renewable technologies such as wind turbines and solar panels.

As embarrassing as that suggestion should be to the advocate of such unreliable and impractical energy sources, there are sometimes even more cringeworthy replies that verge on the inhumane. A recent tweet of mine prompted one such response.

The tweet was directed to attendees of COP26, a United Nations climate conference that gets underway this month at Glasgow. The annual conference seldom addresses Third World energy poverty, which deprives billions of people with basic needs like clean water, lights and modern medical care. Many of these people are subjected to indoor pollution from cooking and heating with wood and animal dung while bureaucrats and politicians preach the banning of the very fossil fuels necessary to alleviate their suffering.

When I questioned in a tweet the evident lack of empathy for poor people in developing parts of the world, a person responded that India has too many people.

“I want COP26 attendees to ask themselves a simple question,” my tweet stated. “What are they going to do about those in third world who still do not have access to affordable & reliable energy – both for cooking and for electricity? We need gas, oil, and coal. Do not enforce energy apartheid on us.” 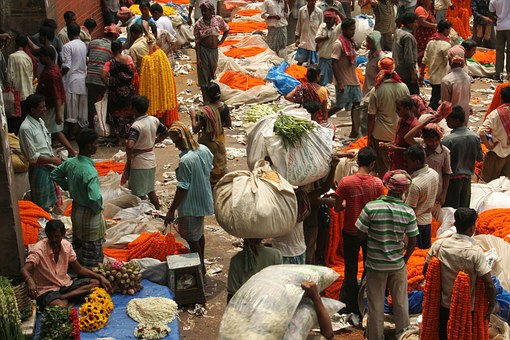 The response tweet said, “India is seriously overpopulated, they need to breed less.”

Breed less!!?? How can an Indian like myself not be insulted by such an anti-human suggestion. Are the 1.3 billion people of India lab rats with no right to procreate as we see fit?

Moreover, the Malthusian idea that population increase is a problem is outdated. During the 1960s and 1970s, there was media-supported fearmongering that overpopulation would bring down the world due to scarcity of resources. This notion died with late 20th century advancements in the agricultural and industrial sectors that made food more plentiful than ever. Virtually every metric of human well-being has increased in the last 50 years. The proposition that we are overpopulated is wrong.

Persons harboring such thoughts should note that the Indian breeding ground gave the world brilliant thinkers such as the present CEOs of Google, Microsoft, IBM and Adobe. Ironically, the person apparently ridiculing my country used the Twitter platform whose current Chief Technological Officer is from India and did his schooling in a city a few hundred miles from where I live. And then there have been the likes of Mother Teresa, Mahatma Gandhi, polymath scholar and founder of the republic B. R. Ambedkar and numerous other leaders in politics, business, education and science.

Having noted the cultural slight, I return to the lack of concern for energy poverty in developing countries as the larger issue. It is the religious fervor of the climate-alarmist cult driving a misanthropic view that would deny people basic needs — even life itself — to achieve the fantasy of a carbon-free economy. All to purportedly avert a fabricated climate crisis.

If this disregard for our very humanity goes unchallenged, we could be in for some very dark times indeed. Watch COP26 at Glasgow for trends.

This commentary was first published at American Thinker October 22, 2021