Electricity prices in the European market have reached unprecedented levels, rendering millions with an uncertain future. Though the Ukraine-Russia conflict and the subsequent ban of Russian gas has been blamed for the ongoing crisis, the real reason for the catastrophe is the embrace of green policies by leaders who refuse to acknowledge their blunders.

“The energy situation in Europe is really looking bad,” says Alfonso Peccatiello, an investment analyst and podcaster. “Electricity prices in Germany and France are expected to be 10-15 times higher than the last 10 years’ average.”

High energy prices are hurting industry’s ability to produce and reducing economic activity. “Some of the businesses in Germany, France and Italy are not viable because the input costs are so high,” said Peccatiello.

In France, the cost of electricity production continues to increase at a rapid rate. On August 25, the one-year forward price rose to 900 euros per megawatt-hour (MWh) from its 10-year average of just 41 euros per MWh!

President Macron warned of tough times ahead for the French, but conspicuously absent is any mention of disastrous European energy policies that shunned fossil fuels in favor of less efficient sun and wind energy.

“I believe that we are in the process of living through a tipping point or great upheaval,” Macron said. “Firstly because we are living through… what could seem like the end of abundance. 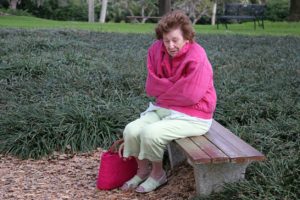 A senior woman shivering in the cold, alone on a park bench.

“The moment we are living … may seem to be structured by a series of crises, each more serious than the other,” Macron said, referring to the drought, fires and storms that have hit France during the summer as well as the Ukraine war and disruptions to global trade.

“Freedom has a cost,” Macron said, urging his ministers to be ambitious and the French to accept new policies adapted to current circumstances. “The battles we have to fight … will only be won through our efforts.”

In the UK, electricity prices are set to triple. Director of Petrol Retailers’ Association of UK says, “The prospect of soaring energy costs is extremely worrying. Members are already operating on tiny margins and have little room to maneuver.”

Energy suppliers in the UK now are refusing new contracts to businesses or demanding huge up-front deposits. The Guardian reports: “In the latest sign of the deepening energy crisis, business owners said they were struggling to find a supplier in the run-up to the busy October period for renewing gas and electricity contracts, leaving them facing extortionate bills or demands for a deposit.” The government’s cost for shielding UK families from rising energy bills is estimated to be around 100 billion pounds over two years.

In Ireland, the energy minister said that the government is prepared for power shortages, but points out that the real problem may be the high energy prices for Irish consumers this winter.

An Italian news report says,, “Bars and restaurants…are putting their monster gas and electricity bills on public display as part of efforts to highlight the dramatic situation faced by Italian businesses struggling amid a surge in energy prices.”

A business association head said, “With increases in energy costs of 300 percent, we are working with a gun to our heads.”

Germany’s situation is no different. The one-year forward electricity price rose to 730 euros per MWh last week. The cost of the nation’s gas consumption has risen from less than one percent of gross domestic product (GDP) to a whopping 8.4% of GDP.

Javier Blais from Bloomberg has warned, “Europe’s energy-intensive industries range from aluminum to chicken farming. All will be under threat of closure.”

Most of the current problems are due to the European states’ policy decisions to reduce fossil fuels and increase the capacity of renewable energy installations. Almost all of the countries in Western Europe have been closing coal plants in the past 10 years.

There were 324 European coal plants in 2016. Now, 50 percent of them are on track for a 2030 closure. Coal-fueled electricity production already has been reduced significantly.

Germany, which is suffering the most in the EU, has opposed both fossil fuels and nuclear power. The shortage of natural gas prompted political leaders to restart coal and nuclear plants, although decommissioned facilities cannot be started up immediately.

So, most of the news is about shortages, high energy prices and the disruptions of war and supply chains. Little, if anything, about correcting long-standing policies that have deprived citizens of economical and reliable energy. Much less is there public recognition that the purported climate emergency is a falsehood based on a baseless theory that carbon dioxide is warming the planet to dangerous levels.

Mixed in all of this are efforts of elite financial institutions to force onto businesses ESG (environment, social, governance) criteria that deny financing to fossil fuel development.

This does not bode well for avoiding further damage from ill-conceived energy policies.

Vijay Jayaraj is a Research Associate at the CO2 Coalition, Arlington, VA. He holds a master’s degree in environmental sciences from the University of East Anglia, UK and resides in India.

This commentary was first published at BizPac Review August 27,2022 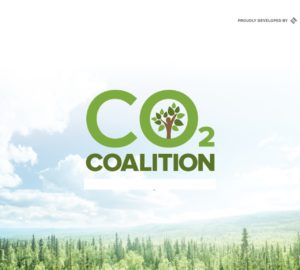