Forest fires caused by lightning and humans, not by “climate change”

Among the silliest claims in the “climate emergency” narrative is that forest fires are getting more severe due to “climate change”. This has been bolstered by one of the most flagrant examples of data manipulation in the entire climate scam.

Until quite recently the U.S. Forest Service and the National Interagency Fire Center published data displayed in the graph below, showing the area burned annually in the U.S. since 1926. 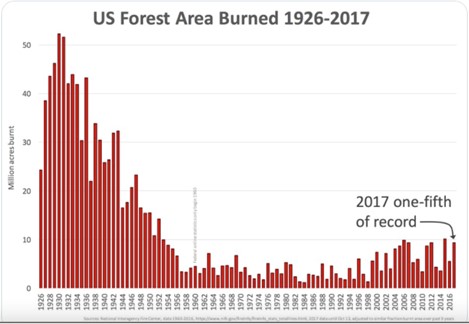 Smokey the Bear was invented by the Forest Service in the 1940s to support a massive program of fire prevention and suppression. It worked, as you can see in the precipitous drop in acreage burned into the mid-1950s.

However, the Forest Service has suddenly stopped displaying data prior to 1985 as though it “doesn’t know” about fires from that period. But of course it does as can be seen in the graph based on its own records. Below is the graph they publish today. The vertical axis indicates millions of acres burned. 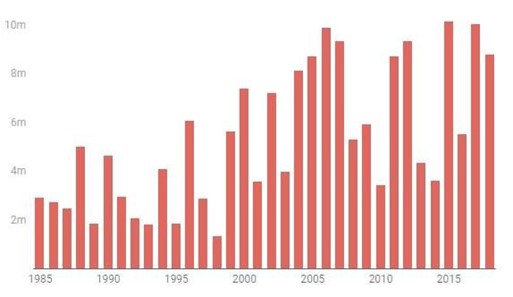 How convenient to begin the graph during the lowest forest acreage burned from 1928 to 2018. And then to blame “climate change” for the increase.

The first people came to the New World about 15,000 years ago, crossing the Bering Land Bridge when the sea level was nearly 400 feet lower than today. In the dry forests of the U.S. Southwest, and in most forests in dry summers, their tiny villages were threatened with forest fires caused by lightning strikes. They learned to fight fire with fire, burning off the dead wood and dry grass in the spring when the forest was still moist, and the air was calm, so there was little chance it would get out of control. Even today, foresters call this “controlled burning”. Australia’s first peoples learned to do the same thing when they arrived there about 60,000 years ago. They called it “the fire stick”.

Before about 1850, when fossil fuels replaced wood as the primary source of energy, people would scour the surrounding forests for dead wood for cooking and for heating their homes. This automatically cleaned up the forest floor and greatly reduced the risk of dangerous fires. Today, huge areas of forest are left unmanaged for decades with the subsequent buildup of dry dead wood on the forest floor and in standing dead trees. These are called “ladder fuels” because they provide a path for a ground fire to rise into the canopy and start a “crown fire” that can spread faster than wildlife or people can flee. This is particularly true in forests dominated by species in the pine family that have a lot of flammable pitch in their needles and bark. This was precisely the reason the Paradise Fire, set off by a tree hitting a power line on a hot windy day in California, caused so much death and destruction. It was not caused by climate change.

One of the reasons there has been an increase in forest land burned in recent years is that vast areas of forests owned by the federal government have come to be managed by urban green politicians influenced by urban green activists who are not experts in forest ecology. This is the reason why the largest area burned each year is in National Parks, National Forests, and Bureau of Land Management forests. In 2020, 70 percent of forest acreage burned was on federal lands.

Owners of private forests, especially those managing them for timber, are incentivized to manage their land in a way that minimizes the chance of destructive wildfires. This is good for the land, the thousands of species that live in the forest, and the economy, as forests provide wood, still the world’s most important and abundant renewable source of both materials and energy.

Eighty percent of wildfires are caused by humans, amounting to 50 percent of the area burned annually. The balance is caused by lightning strikes. In either case, the area burned by uncontrolled wildfires could be greatly reduced by management practices that decrease the risk regardless of the cause. It’s time to give this job back to forestry professionals and to put Smokey the Bear back in business. 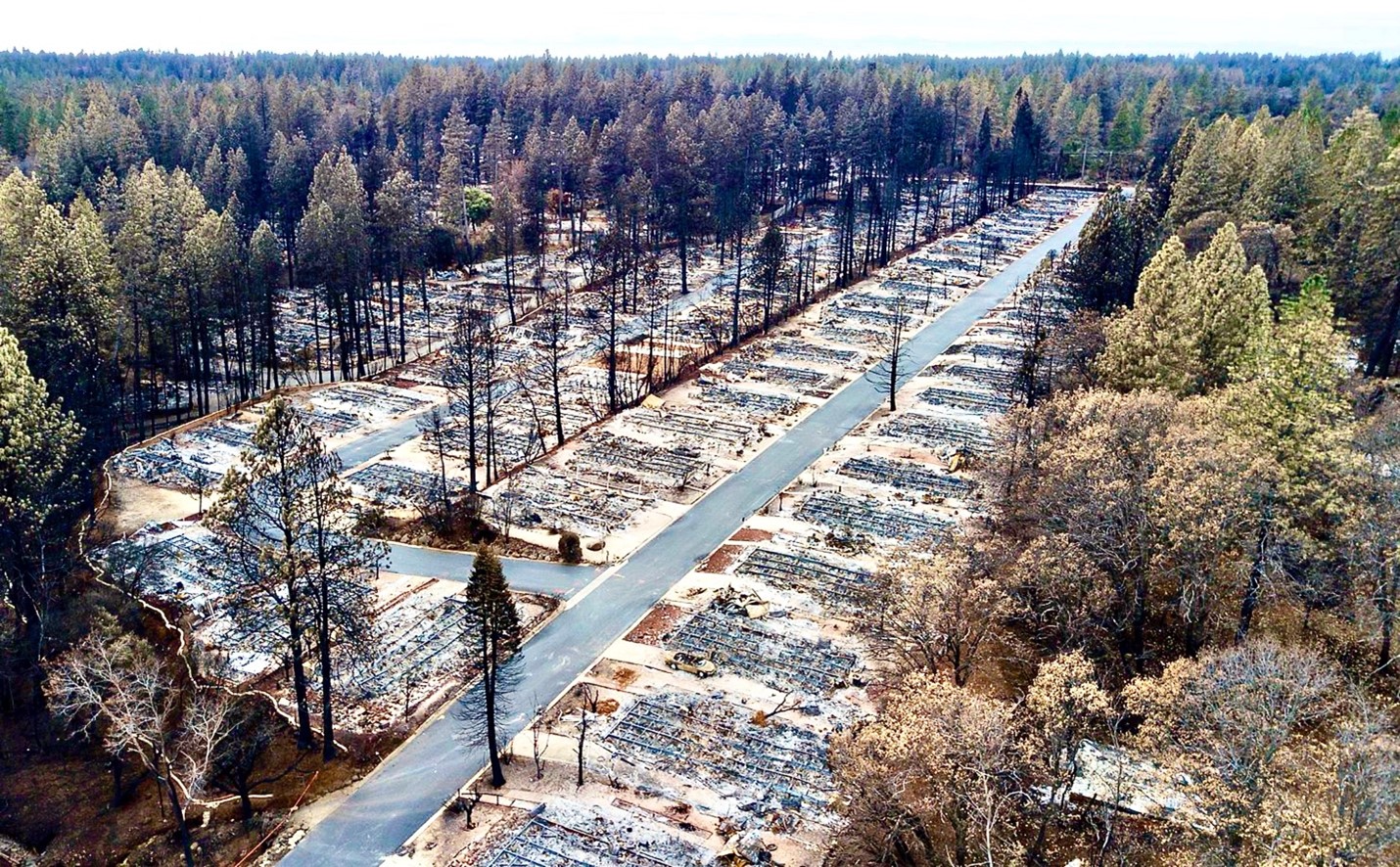 How not to build suburbs in a forest dominated by coniferous species of pines. A combination of dry summer conditions, high winds, and poor power line management resulted in an inferno that killed more than 80 people. The trees fared better than the neighborhood. Even the concrete pads were burned, leaving only the rebar as remains. The trees should have been heavily thinned with a wide buffer zone between them and the buildings. Most of the pines should have been replaced by broad-leaved trees such as oaks and beech. Large areas of tended grassy areas should be created as buffers. Think of Central Park in New York.

Dr. Patrick Moore is an ecologist, was a co-founder of Greenpeace in 1971, and served as a director for 15 years. He is now a director of the CO2 Coalition in Arlington, Virginia.

This commentary was first published at BizPacReview 12/30/21