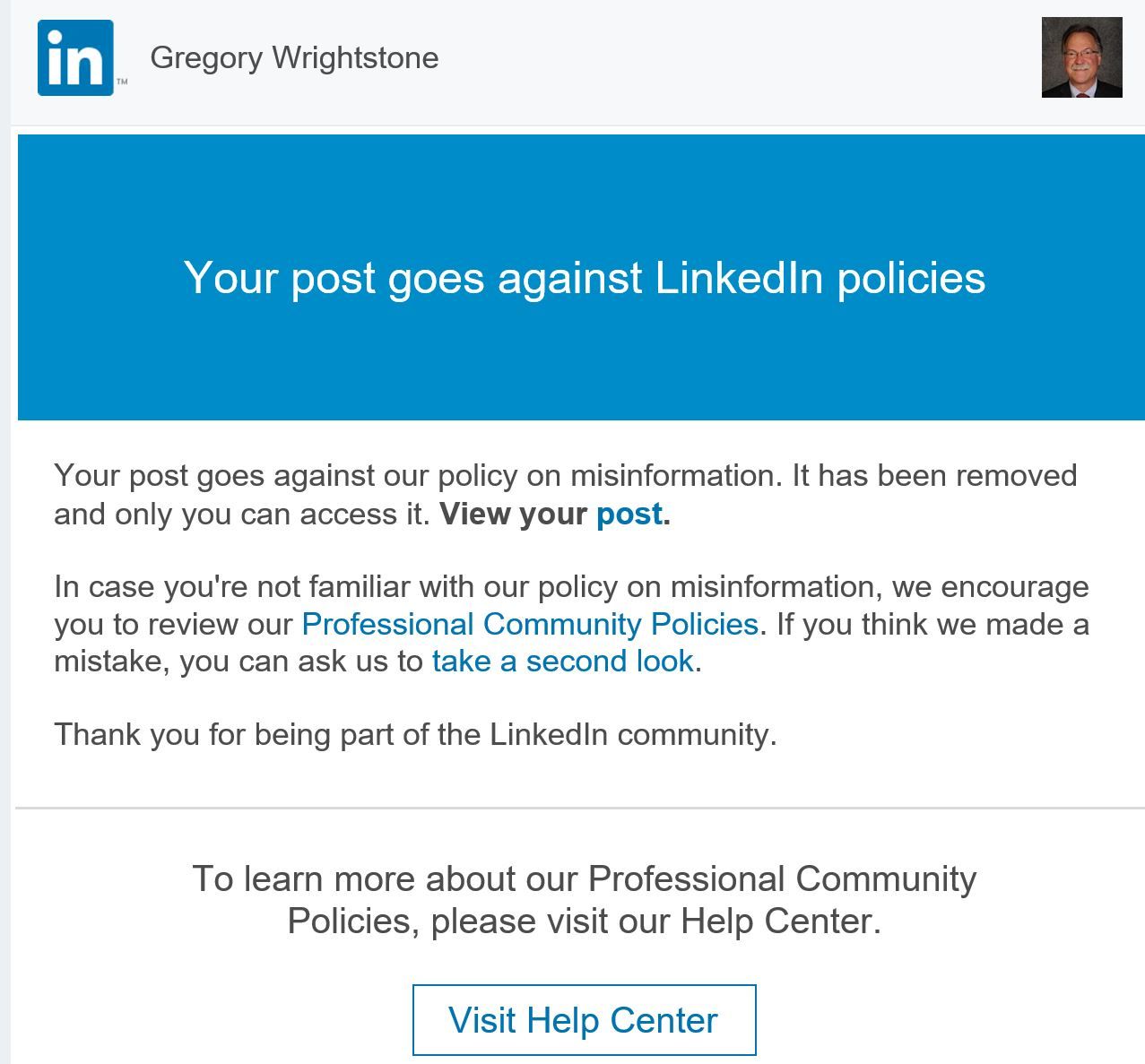 If you think that the Microsoft-owned social media platform LinkedIn is just about professional and business connections with no politics, you would be wrong. The online service appears now to be emulating its bigger social media rivals at Facebook, Google and Twitter in censoring views with which it disagrees.

My second run-in with LinkedIn censors in as many months occurred recently, when they removed a post linking to a new CO2 Coalition paper on global temperatures. According to LinkedIn, the post was removed because it “goes against our Professional Community Policies.”

Although LinkedIn did not identify the broken rules, the only possible “violation” of their terms and conditions was an admonition to “not share false or misleading content.”

The censored paper, The Global Mean Temperature Anomaly Record,  may interest only climate geeks like myself, but it was completely  factual, fully sourced, and written by two of the top climate scientists  in the world, Richard Lindzen and John Christy.

These are no lightweight scientists. Dr. Lindzen of MIT is an award recipient of the American Meteorological Society and the American Geophysical Union. He is also a member of the National Academy of Science and was a lead author of the U.N. Intergovernmental Panel on Climate Change’s (IPCC’s) third assessment report’s scientific volume.

Professor Christy is the director of the Earth System Science Center at the University of Alabama in Huntsville and has been Alabama’s State Climatologist since 2000. Along with Dr. Roy Spencer, he has maintained one of the key global temperature data sets relied on by scientists and government bodies. For this achievement, they were awarded NASA’s Medal for Exceptional Scientific Achievement.

The main thrust of the paper was to put the modest 1.2-degree rise in temperature since 1900 in its proper perspective. When compared to the wide swings in temperature experienced on a daily and yearly basis, that slight rise in global temperature over the last 120 years does not appear as alarming as portrayed by the purveyors of climate doom. Like so many other scholarly works that don’t suppor the notion of catastrophic man-made warming, the paper risked being censored by the intellectual elite — or those who identify as such. And it was. 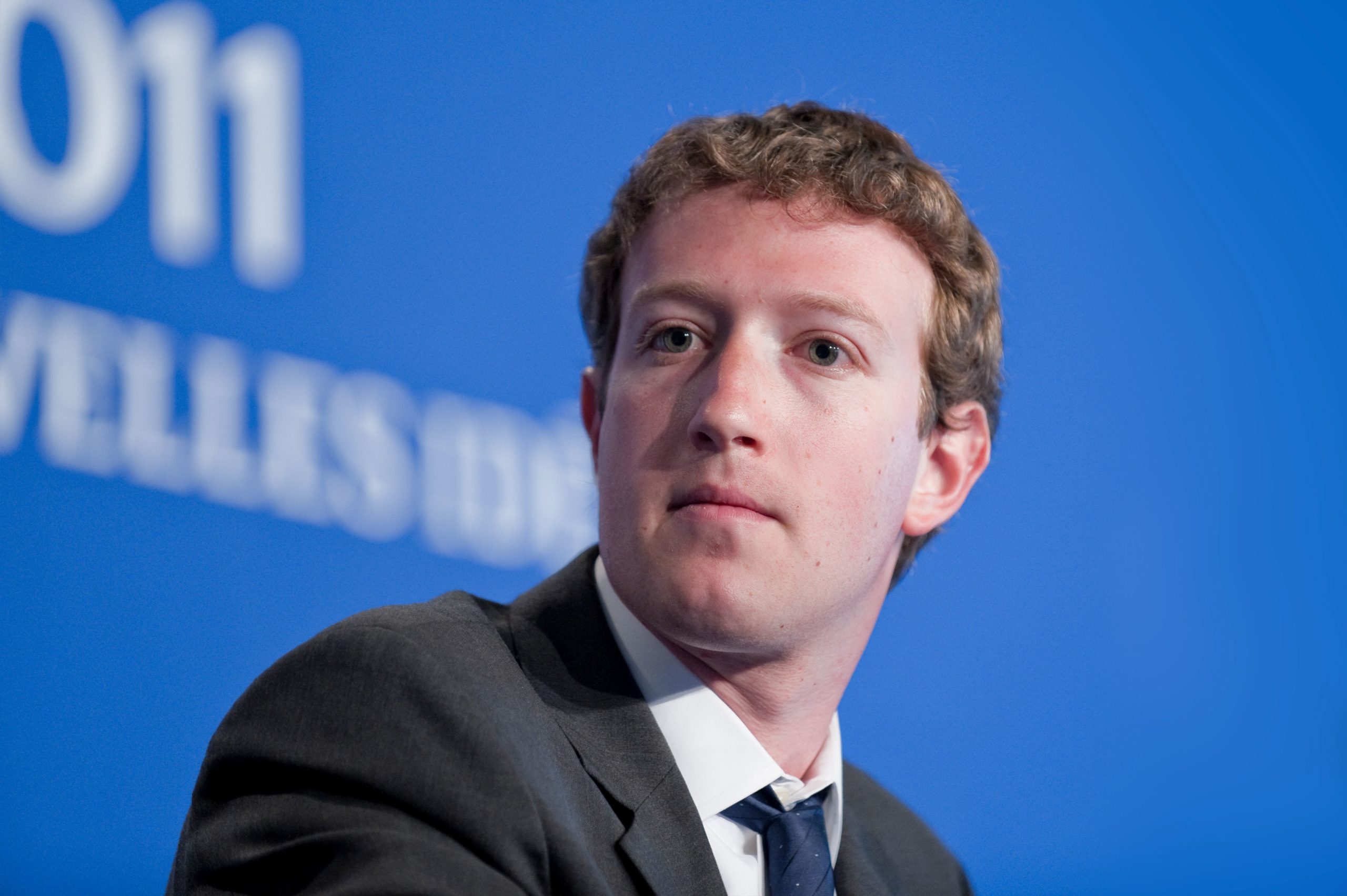 The CO2 Coalition was the publisher of the now censored Lindzen/Christy paper and is no stranger to social media censorship squads. The coalition’s leadership and members are a who’s who of leading scientists studying carbon dioxide and climate change.  They include atmospheric physicists, climatologists, ecologists, statisticians, and energy experts, some of whom have faced down attempts by well-known climate avengers to silence them.

First, a letter—signed  by Stacey Abrams, Tom Steyer, and 13 leaders of groups working to ban  fossil fuels—was sent to Facebook demanding that it shut down the  Facebook page of the CO2 Coalition and to censor posts of its members’  studies and articles on other users’ pages.

Soon thereafter, four senators, including Massachusetts’ Elizabeth Warren and Rhode Island’s Sheldon Whitehouse, sent an open letter to Facebook CEO Mark Zuckerberg to censor the CO2 Coalition because “climate change is an existential crisis” and publicizing any view contrary to that claim “puts action on climate change at risk.”

The attempts at censorship extended to the Coalition chairman, Patrick Moore, a co-founder of Greenpeace. His PragerU video, What They Haven’t Told You About Climate Change, which has more than 3.6 million views, was “fact-checked” by Climate Feedback as “misleading.” Moore’s supposedly misleading statement was: “Of course the climate is changing. It always has. It always will.” 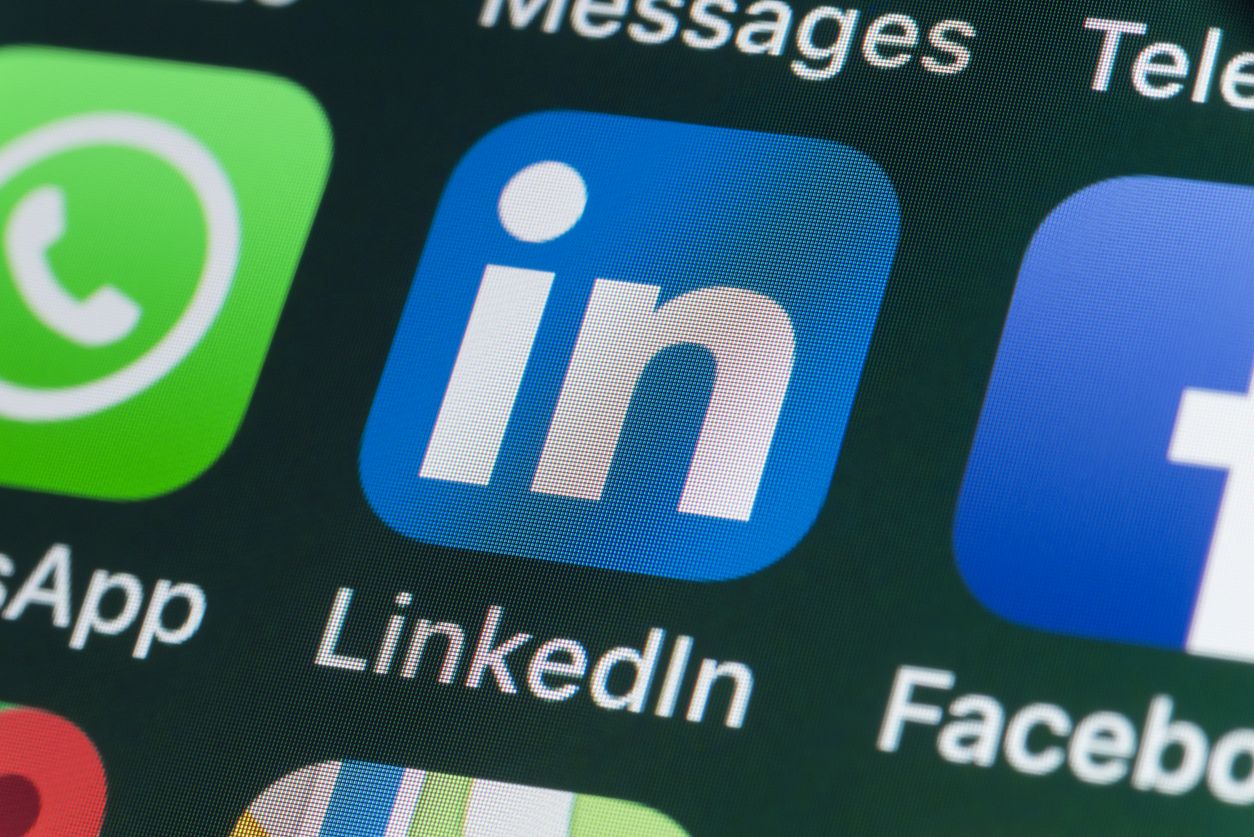 The censorship at LinkedIn is not widely known. However, it has been extended to others daring to post factual data on climate change and on COVID-19. The latter was the subject involved in the de-platforming of blogger David Ramsden-Wood who posted a link to a Stanford University antibody study.

The social media giants are currently protected by a key legal shield known as Section 230 of the Communications Decency Act.  Future Congressional hearings on this protection should include testimony from LinkedIn CEO Ryan Roslansky alongside his compadres Mark Zuckerberg of Face Book, Jack Dorsey of Twitter and Sundar Pichai of Google.

This commentary was first published at Townhall.com on December 14, 2020