By: Gregory Wrightstone Executive Director of the CO2 Coalition 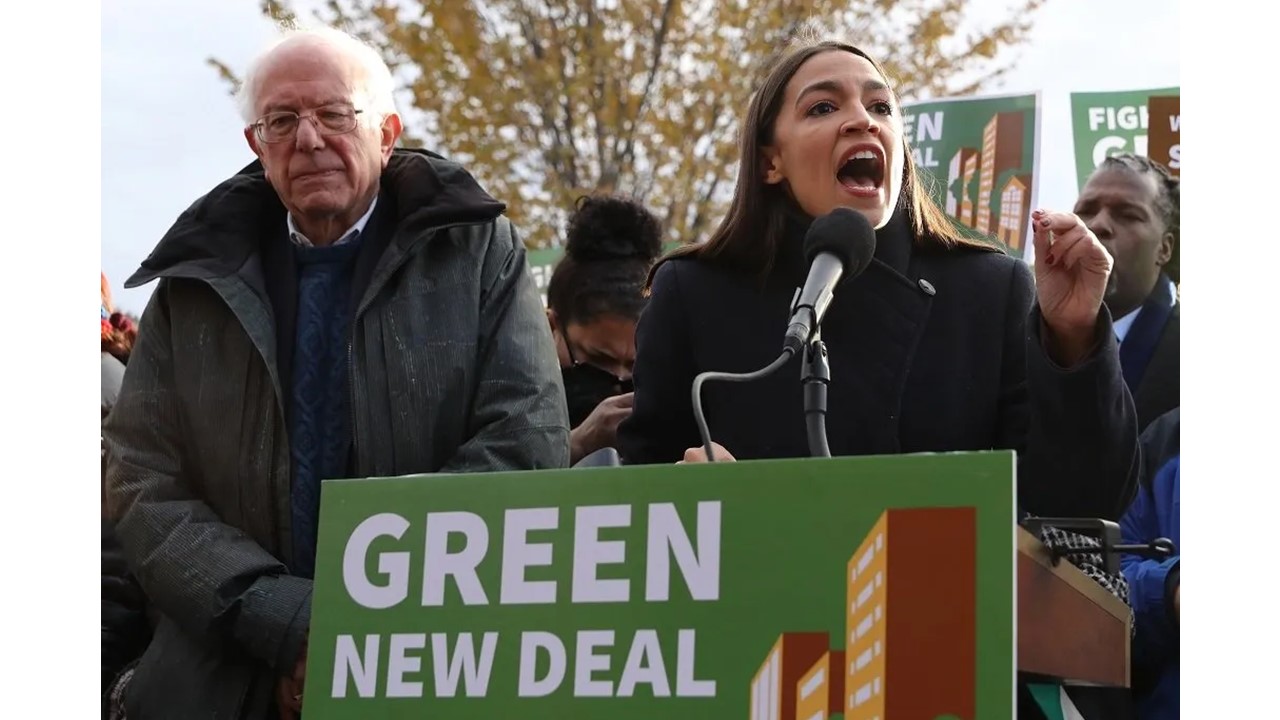 Proponents of the Green New Deal (GND) tell us that increasing human carbon dioxide emissions are fueling a dangerous rise in worldwide temperature. This temperature rise is then linked to a laundry list of climate-related catastrophes like droughts, floods and fires that are ongoing and only going to get worse unless drastic measures are taken.

Their solution? Force consumers and industries away from the consumption of the fossil fuels and toward carbon-free energy sources like wind, solar and geothermal. Glaringly missing from most of these green proposals is an embrace of the only non-fossil fuels that could provide abundant and reliable energy – nuclear and hydro-electric projects (but that is a story for a different day).

All the Democratic candidates, including the last man standing – Joe Biden, embraced some version of the GND, only differing in whose proposals would deindustrialize the United States the fastest. Make no mistake, a deindustrialization of America would be the result of moving our economy away from the affordable, abundant and reliable energy derived from the fossil fuels that power the country.

The overarching goal of the GND and the Paris climate accord is to lower atmospheric greenhouse gas by halting these emissions across all sectors of the global economy. With the economic collapse induced by COVID-19 stay-at home orders across much of the globe, we have been conducting a painful experiment that closely resembles the massive reductions envisioned by the United Nations’ Intergovernmental Panel on Climate Change and the many aligned green advocacy groups.

No hard data is yet available on exact numbers of the recent emission reductions, but the reduction will likely be significant from decreased oil demand, air travel and industrial activity. Reductions in CO2 emissions from China have been estimated to be as much as 25% lower in the last month.

According to the Environmental Protection Agency (EPA) the primary sources of greenhouse gas in the United States are transportation (29%), electricity generation (28%) and industry (22%). Of these three sectors, electricity generation is likely to be least affected by the shutdown, as more people are staying home and increasing the residential load by cooking, watching Net Flicks and the like, partially offsetting the decline in industrial demand. Demand is down across the New York Control Area only 2% to 18%, while some countries in the EU like Spain, Ireland and France are reporting slight increases in electric demand.

Meanwhile, both the transportation and industrial sectors will likely exhibit quite substantial reductions in CO2 emissions. Nearly all non-essential travel has been curtailed and many industrial activities have been reduced. The result has been an unprecedented worldwide lab experiment on how shutting down global CO2 emissions would impact atmospheric concentrations and how quickly.

One would surmise that the result from the self-imposed lockdown and consequent reduction in CO2 emissions would be a noticeable decline in atmospheric carbon dioxide, or at the very least a reduction in the rate of increase of the gas. On April 8th, the Mauna Loa Observatory released their report on the previous month’s (March 2020) concentration, and the data was shockingly contrary to what I and others had expected. Not only was there no decrease in the level of atmospheric CO2, the rate of increase continued unchanged. The most recent daily measurement as of the time of this post on April 9th set a new record high concentration (417.85 ppm).

The lack of an effect whatsoever on global CO2 levels after the huge decline in emissions should be a wakeup call to any of the politicians advancing economically crippling measures like the Green New Deal or the Paris climate accord. In particular, those Republicans that have recently embraced carbon taxation or Cap and Trade schemes in a misguided attempt to control the uncontrollable (global temperature) should seriously rethink this folly.

This article was first published at BizPac Review on April 13, 2020