The Power of the Torch
“There can be few if any races who for so long were able to practice the delights of incendiarism.”
Geoffrey Blainey “Triumph of the Nomads – A History of Ancient Australia.” Macmillan 1975.

The Fire-lighter was the most powerful tool that early humans brought to Australia. 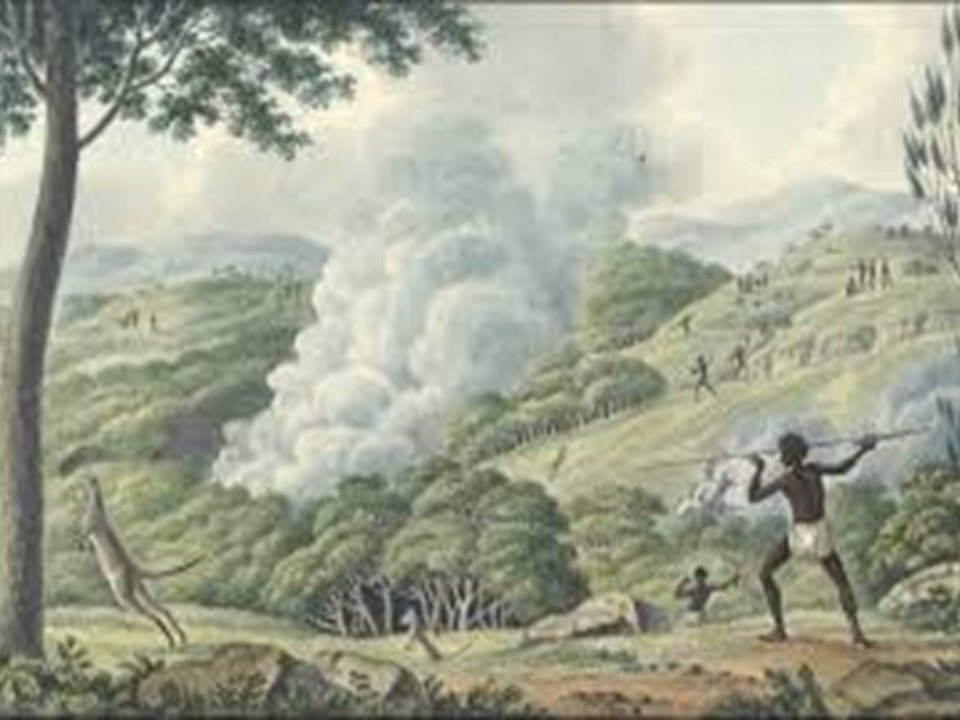 Fires lit by aboriginal men and women created the landscape of Australia. They used fire to create and fertilise fresh new grass for the grazing animals that they hunted, to trap and roast grass dwelling reptiles and rodents, to fight enemies, to send smoke signals, to fell dead trees for camp fires, to ward off frosts and biting insects, and for religious and cultural ceremonies. Their fires created and maintained grasslands and open forests and extinguished all flora and fauna unable to cope with frequent burn-offs.

Early white explorers and settlers recorded the smoke and the blackened tree trunks. They admired the extensive grasslands, either treeless or with well-spaced trees, and no tangled undergrowth of dead grass, brambles, branches and weeds.

Making fire without tinder boxes or matches is laborious. So, most aboriginals tried to keep their fires alive at all times. When on the move (a common situation), selected members of the tribe were charged with carrying a fire stick and keeping it alight. In really cold weather several members may have each carried a fire stick for warmth. When the stick was in danger of going out, the carrier would usually light a tussock of dry grass or leaves and use that flame to rejuvenate the fire stick (or light a new one). As they moved on, they left a line of small fires spreading behind them. They have been observed trying to control the movement of fires but never tried to extinguish them.

Early explorers who ventured inland were amazed to find extensive grasslands and open woodland. Their reports attracted settlers to these grassy open forests and treeless plains with mobs of cattle and sheep.

Despite modern folk-lore tales about aboriginal fire management skills, anyone reading diaries from early explorers such as Abel Tasman (1642) and Captain Cook (1770) soon learned that aboriginals lit fires at any time, for many reasons, and NEVER tried to put them out. If threatened by fires lit by enemies, the most frequent response was to light their own protective fires (now called back-burning). Fire lighting was deliberate, and sometimes governed by rules, but there was no central plan. There were no fire-fighters, no 4WD tankers, no water bombers, no dozers, and no attempt to put fires out. But aboriginal fire “management” worked brilliantly. Because of the high frequency of small fires, fire intensity was low and fires could be lit safely even in hot dry summers. Any fire lit would soon run into country burnt one or two years earlier and then would run out of fuel and self-extinguish. 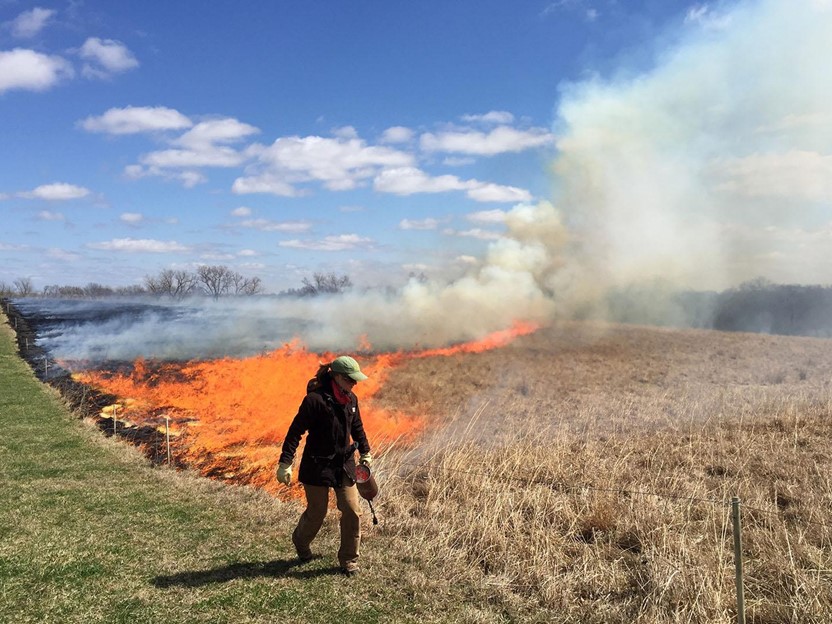 The early squatters quickly learned about the dangers and benefits of fires, and like the aboriginals, they learned to manage fire to protect their assets, grasslands and grazing animals. The settlers had more to lose than the nomads. Graziers need to protect their herds and flocks, homesteads, hay stacks, yards, fences and neighbours, as well as maintaining their grasslands by killing woody weeds and encouraging new grass. So their fire management was more refined. They soon learned to pick the right season, day, time of day, place, wind and weather before lighting a fire. And if threatened by a neighbour’s escaping fire or a lightning-strike fire, back-burning from roads and tracks was the preferred way to protect themselves.

Today we have replaced decentralised fire management by aboriginals and settlers with government-nurtured fire-storms.

First governments created fire hazards called National Parks, where fire sticks, matches,  graziers and foresters were locked out and access roads were abandoned or padlocked. And Green-loving urbanites built houses right beside them, and planted trees in their yards. The open forests and grasslands were invaded by eucalypt regrowth, woody weeds, tangled undergrowth, dry grass, logs, dead leaves, twigs, bark and litter – all perfect fuel for a wild-fire holocaust.

These tinder-boxes of forest fuel became magnets for arsonists, and occasionally even disgruntled neighbours, or were lit by wind-blown embers or dry lightning. With high winds, high temperatures and heavy fuel loads some fires will race through the tree tops of oil-rich eucalypt forests.

Central management/control of burn-off policy and fire-fighting across entire states has failed completely. Too often the people in charge did not understand bushfire history and science and they were too influenced by Green ideology. Authorities should provide information but not control, which should be returned to landowners, home-owners, foresters and experienced local fire officers.

We can never return to the successful aboriginal policy of burning anything, at any time, for any reason. But locals with fire knowledge, experience and skin in the game could make a huge difference. Residents should be able to demand fuel load reduction near their properties and towns, and carry it out on public land if authorities refuse to do it at the right time. It can be burnt, slashed, raked, composted, heaped or buried as long as it is no longer capable of feeding runaway bushfires. Insurance companies should reflect fire risk in premiums.

No aboriginals and few early settlers used water to fight fires. There were no water bombers, no fire trucks, and often not even hand-spray back packs. Graziers used back-burning from station tracks. Their wives defended the homestead with garden hoses, or tried to beat the flames to death with wet hessian bags and green branches. Aboriginals let the fire burn and tried to keep out of its path.

Water is undoubtedly useful to protect homes and towns, to extinguish burning buildings, to stop grass fires and to stop the back burn from escaping in the wrong direction. But trying to extinguish raging bushfires and forest wild-fires with water alone is usually a waste of time, energy and water.

We cannot go back to aboriginal fire management but we can learn from the lessons learnt by graziers. Mainly we must relearn two ancient skills – remove the fuel load everywhere and use fire to fight fire. We know that works.

This commentary was first published in the Australian https://www.theaustralian.com.au/commentary/revive-ancient-skills-to-better-manage-bushfires/news-story/516aff5d4f39c14e2872bb5c7b724ade