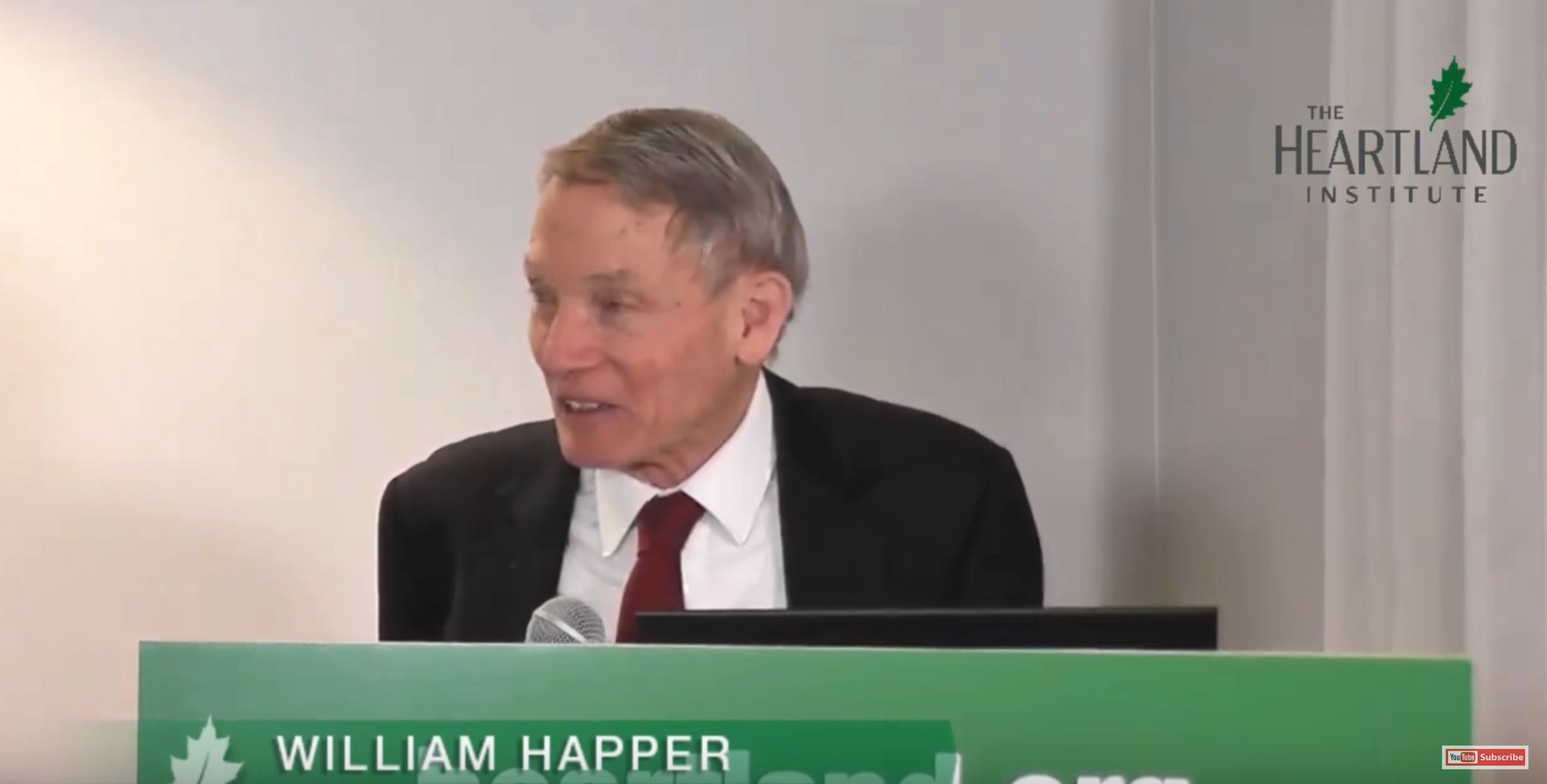 The distinguished professor said, “It’s too bad we are here on false pretenses, wasting our time talking about a non-existent climate emergency.”

Some 25,000 delegates have flown into Madrid to express their panic over a perceived climate emergency and to pressure governments to take radical actions to profoundly alter human behavior.

Happer added: “I hope sooner or later enough people will recognize the phoniness of this bizarre environmental cult and bring it to an end.”

In his talk, Happer warned leading politicians against viewing combatting CO2 as a religion, and cautioned it could end up badly when millions of people become obsessed with a single delusion and become stark-raving mad at climate. He said there’s been “so much brainwashing that it’s going to be difficult to bring people back to reality.”

The distinguished Princeton professor said the focus needs to be on pollution, and not CO2, and that solar energy and wind energy blight the environment and don’t work very well.

Only very little impact on climate

On the physics of CO2 trapping heat, Happer presents a CO2 chart and suggests that doubling the CO2 concentration in the atmosphere will have very little impact on climate and that he “can guarantee that no one who knows anything about science can dispute this curve. That’s the truth.”

Taking action based on the curves that show CO2 has little effect, Happer says this is “absolute madness.”

The Princeton physicist also believes the climate models greatly exaggerate the warming and that the trace gas is in fact beneficial to the planet. Today atmospheric concentrations are extremely low compared to previous geological times: 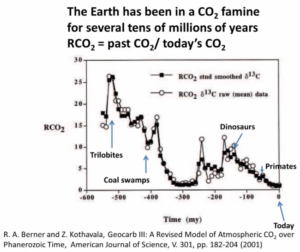 The extra CO2 recently added into the atmosphere has in fact led to a greening of the planet, Happer shows.

Next Happer called the often claimed 97% consensus among scientists “phony” and that science is determined by observation, “not votes”. “Scientific consensus is often wrong,” Happer showed.

Happer summarized that CO2’s impact has been exaggerated “by a factor of 2 to 4”, and that overall a little extra CO2 in the atmosphere is beneficial to vegetation and agriculture.

This article appeared on the NoTricksZone website at https://notrickszone.com/2019/12/08/distinguished-princeton-physicist-likens-climate-movement-to-madness-a-bizarre-environmental-cult/