Good morning. Thank you for the opportunity to speak. I am Gregory Wrightstone, executive director of the CO2 Coalition, based in Arlington, Virginia. I am also a native of Cumberland County, a geologist, an expert reviewer for the Intergovernmental Panel on Climate Change and author of a best-selling book, “Inconvenient Facts.” I am also the co-author of the first comprehensive, peer-reviewed paper on the Marcellus Shale which is the largest natural gas accumulation in the world.

The CO2 Coalition is the nation’s leading organization providing scientific information – free of political bias – about the vital role carbon dioxide plays in our environment. Membership is comprised of more than 100 of the world’s foremost experts on climate change and represents a wide range of expertise including atmospheric physics, geology, oceanography, economics and more. Our membership has published many thousands of peer-reviewed scientific papers over a wide spectrum of climate-related topics.

Before I get into the meat of my comments, I would like to update you on a related and very recent legal and important proceeding concerning the government’s war on fossil fuels.

In 2009, the United States Environmental Protection Agency, under the auspices of the Clean Air Act falsely determined that carbon dioxide was a pollutant. This is known as the Endangerment Finding and has been used since then to enable EPA to regulate and control CO2 emissions.

It is this authority that is being used to shut down coal power plants, kill internal combustion vehicles, ban natural gas for home heating and the misguided attempt to achieve a net zero economy.

On October 14th, the Concerned Household Electricity Consumers Council petitioned the United States Court Of Appeals For The District Of Columbia for a review of their petition to repeal the Endangerment Findings. And just Friday, the CO2 Coalition along with Doctors William Happer and Richard Lindzen filed an amicus brief in support of their petition.

Our amicus brief found that the Endangerment Findings should be rescinded immediately because they were based on:

In addition, we found that net zero will disastrously reduce food worldwide and eliminate the major source of low-cost energy for the US and people worldwide.

This is a hugely important case that is only now making its way through our legal system. And now on to my primary comments:

As you might imagine, the Coalition’s focus on carbon dioxide and climate often draws us into the subject of fossil fuels. Today, I will summarize a recent paper published by our coalition that states that coal, oil and natural gas are the “greenest” of energy sources.

The paper was published by one of the CO2 Coalition’s members, Dr. Indur Goklany. A recipient of degrees in electrical engineering from Michigan State University and the Indian Institute of Technology at Bombay.

He was involved with the Intergovernmental Panel on Climate Change since before its inception — as an author (First Assessment Report), U.S. delegate to IPCC and various subgroups, Expert Reviewer (Fourth and Fifth Assessment Reports).

He was part of the U.S. team that negotiated the UN Framework Convention on Climate Change, and later a delegate to that organization.

Dr. Goklany opens his paper with this very clear statement: “Contrary to the claims of proponents of the Green New Deal and Net Zero, fossil fuels are the greenest fuels.” He makes this assertion on the basis of three factors:

Let’s review each of these factors in more detail: 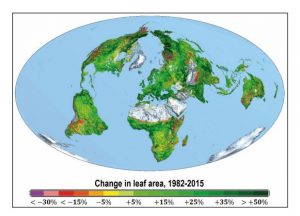 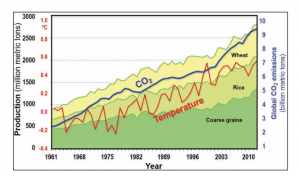 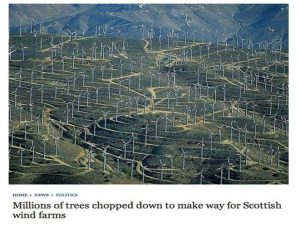 In 2021, the CO2 Coalition published a paper titled Pennsylvania’s Regional Greenhouse Gas Initiative Relies on Faulty Data – Why RGGI is a “solution in search of a problem.” I have brought copies of that paper with me that I can make available after this hearing concludes.

In it, we found that Pennsylvania’s ecosystems are thriving and prospering and that the claims of increasing natural disasters and climate change induced doom were not supported by the facts, science and data. The data on Pennsylvania show that

In summary, Dr. Goklany’s findings and our recent paper are consistent with our view that fossil fuels are treasures to be valued and used for the benefit of humanity. Their demonization is irrational and destructive to our society. Critics of fossil fuels routinely exaggerate, and sometimes outright fabricate, their negative effects while ignoring altogether their enormous benefits.

Coal and oil fueled the Industrial Revolution, which gave us unprecedented prosperity and health. Together with natural gas, they promise to raise billions of people in developing countries from poverty and deprivation. Modern economies cannot long survive without fossil fuels.

In short, we love CO2 and so should you. 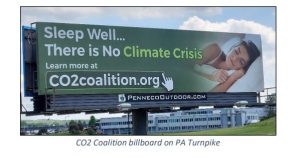 Read Now
A team of experts assembled by the CO2 Coalition has completed a detailed examination of effects (or non-effects) of climate change in the Commonwealth of Virginia. View the entire document here (pdf) Virginia and Climate Change. Conclusion This detailed analysis of climate change and its alleged impact on Virginia finds the following to be true… Continue Reading