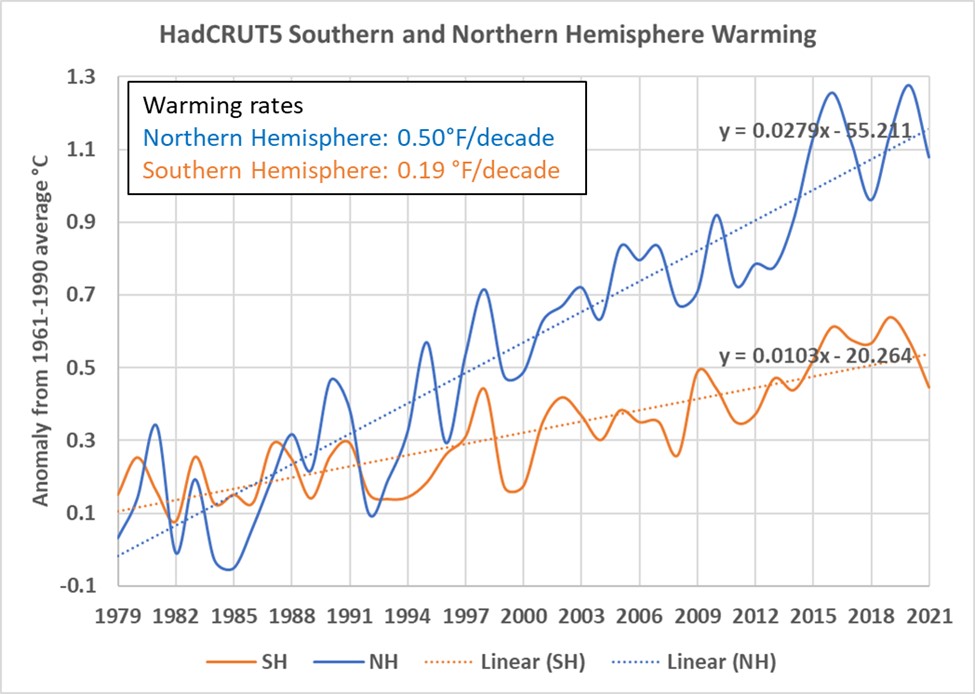 As shown in Figure 1, the Hadley Climatic Research Unit HadCRUT5 temperature dataset suggests the Northern Hemisphere warmed 0.74°C (1.3° F) more than the Southern Hemisphere from 1979 through 2021. The UAH satellite temperature lower troposphere record is directionally similar but the difference between the hemispheres is much less, as shown in Figure 2, both figures have identical vertical scales of 1.4°C. The UAH global satellite warming rate difference between the hemispheres is about 0.2°C (0.4° F), less by more than a factor of 3. 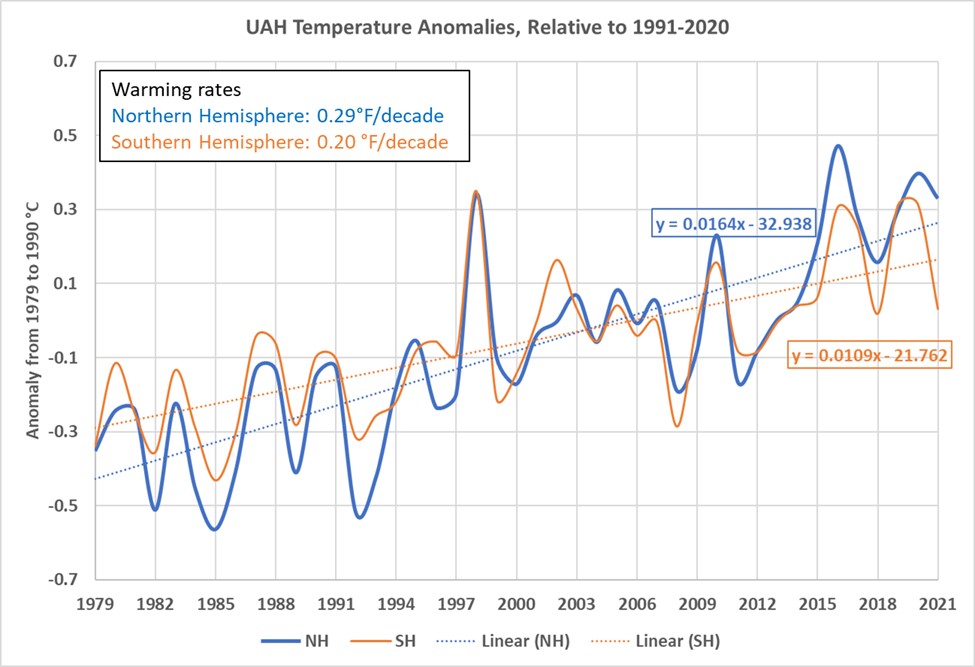 Figure 2. The UAH satellite lower troposphere temperature records for the Northern and Southern Hemispheres. The difference is much less than the HadCRUT5 difference. Both Figure 1 and Figure 2 have a vertical scale of 1.4°C or 2.5°F. Data source: Dr. Roy Spencer.

It is possible that the urban heat island effect,[i] combined with the UK Hadley Centre “homogenization” algorithm has contaminated the land-only CRUTEM5 record and distorted it.[ii] Because land surface temperatures are often highly variable over short distances there is a need to “homogenize” or smooth them to get mappable values. One of the large differences is between cities and rural weather stations, since cities are warmer than the surrounding countryside due to pavement, cars, air conditioners, etc. This difference is called the urban heat island effect. 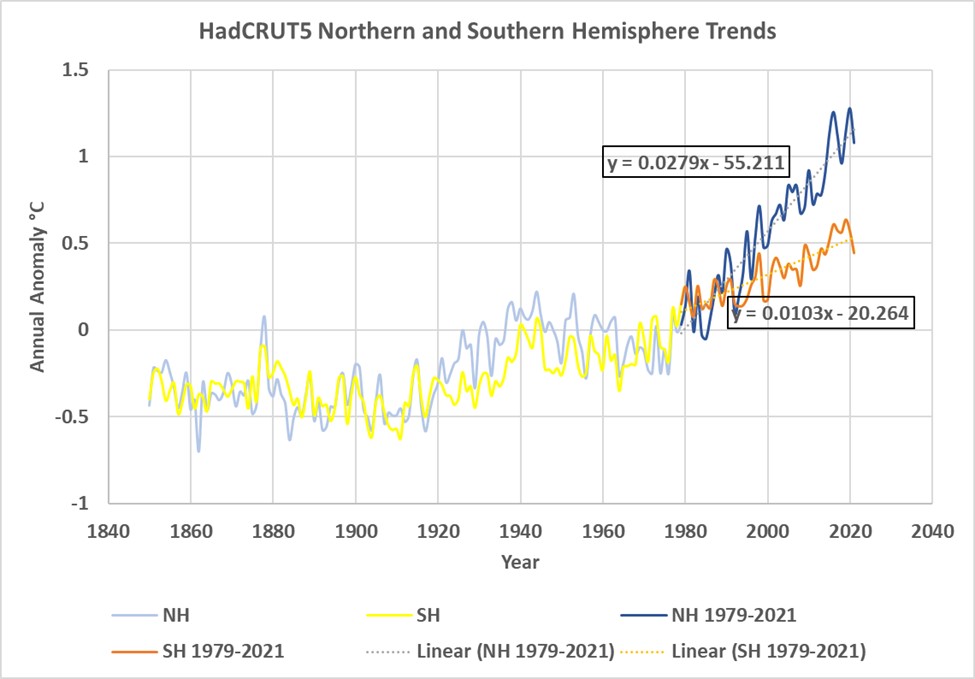 The global UAH lower troposphere and HadSST4 warming rates are both 0.14°C/decade from 1979 to 2020, the same to two decimals. The oceans cover 70% of Earth’s surface and the HadSST4 dataset is used in combination with the CRUTEM5 land-surface temperature record to produce the curves in Figure 1.  Given this, the large difference in Northern Hemisphere warming rates between Figures 1 and 2 is very hard to explain. Frankly, it suggests there is a problem with CRUTEM5. This topic is discussed in more detail in my latest book: The Great Climate Change Debate: Karoly v Happer.

The bibliography can be downloaded here.

[i] The Urban Heat Island effect is the result of humans paving over land and replacing transpiring trees and plants that have a natural cooling effect. Humans also have heat generating air conditioners, factories, and vehicles. Cities can be up to 7 degrees warmer than the surrounding countryside. https://climate.mit.edu/explainers/urban-heat-islands

Andy May is a petrophysicist, paleoclimate expert, member of the CO2 Coalition, and author of four books on climate and Kansas history. His latest is The Great Climate Debate: Karoly vs. Happer.