On examination, many of the direct subsidies in this study turn out to be generally available to other businesses, and most of the value of the indirect subsidies is estimated from uncertain projections of future damages from fossil-fueled global warming, which are discussed in detail in a previous CO2 Coalition White Paper, The Social Cost of Carbon and Carbon Taxes: Pick a number, any number. The most thoughtful and transparent evaluations of subsidies are those of the Organization for Economic Cooperation and Development (OECD), a European-based coalition of 36 market economies, and its International Energy Agency (IEA). Many of the roughly 2,200 items listed by the OECD as “subsidies” are debatable. However, focusing on subsidies alone obscures the real policy issue, which is whether government policy in total reduces fossil fuel prices below their hypothetical market level and whether these distortions occur in markets where renewables are trying to compete. 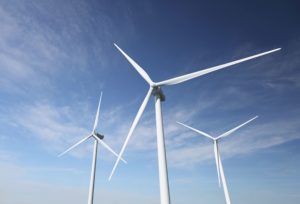 To address this issue, this White Paper (a) distinguishes “subsidies” from “externalities,” (b) includes taxes in the calculation, and (c) makes proper geographic distinctions. Taking these factors into account, the paper concludes that, even taking at full value the direct subsidies cited by the OECD and IEA, fossil fuels are significantly overtaxed and not unfairly advantaged in most countries of the world.

In fact, although most countries do offer some subsidies to fossil fuels, as outlined in the OECD data, the massive taxes imposed by most governments are generally far higher, resulting in a net increase in the price of fossil fuels. Taking into account all taxes and subsidies, fossil fuels in the United States are overtaxed by an estimated $50 billion per year. The 28 other largest industrial democracies (most of the European countries, Canada, South Korea, New Zealand and Australia) are overtaxed an estimated $363 billion, and the BRIC countries (Brazil, Russia, India, and China) are overtaxed an estimated $104 billion. The primary exceptions to this rule are found in oil-producing developing countries that offer their citizens heavily subsidized motor fuels but are not likely candidates for renewable energy.

The principal researcher for this White Paper is Bruce Everett, Ph.D. During his 45-year career in international energy, Dr. Everett was an economist with the U.S. Department of Energy and an executive with ExxonMobil. He taught energy economics at the Georgetown University School of Foreign Service and is currently an Adjunct Associate Professor of International Business at the Fletcher School of Tufts University.

The Social Cost of Carbon and Carbon Taxes – Pick a number, any number

Read Now
The Social Cost of Carbon and Carbon Taxes – Pick a number, any number From the Executive Summary Leaving aside its scientific and economic uncertainties, the government’s Social Cost of Carbon is so sensitive to input assumptions that small, quite reasonable variations can produce almost any price you wish. As a result it is not… Continue Reading
Next Publication
White Papers
11.16.2016

Does the World Need Climate Insurance? The Best Scientific and Economic Evidence Says NO

Read Now
The present white paper is the first in a new ongoing series of special studies examining how CO2 helps our world now and in the future. This analysis considers a major question raised by many people: “If there is uncertainty about the impacts of more CO2 in the atmosphere, shouldn’t we buy insurance?” Continue Reading