When citizens in London, Vienna, and Berlin are at risk of blackouts due to energy shortages, their governments turn to coal-fired plants to rescue them. We witnessed this as the Russian gas embargo forced European states to suppress their revulsion to coal — a bit like a produce shortage causing vegans to run to steak houses.

But what about Africa? Millions of Africans are being systematically forced by the elites of Europe and North America into a future free of fossil fuels and rife with poverty. This is carbon imperialism where Western leaders, who have embraced climate superstitions, control what kind of energy people in Africa use.

Philosopher Olúfẹ́mi O. Táíwò calls the phenomenon climate colonialism, defining it as the

“deepening or expansion of foreign domination through climate initiatives that exploit poorer nations’ resources or otherwise compromises their sovereignty.”

The story of economic success is the same regardless of where one looks: North America and Europe during the industrial era or the India and China of recent decades. In all cases, fossil fuels have been the predominant drivers behind meaningful, long-term economic development.

To expect Africa to produce the same out of thin air (literally wind technology) is to display an arrogance that denies the physical realities of generating electricity and the energy poverty of millions.

“Sub-Saharan Africa has the lowest energy access rates in the world,” reports the Organisation for Economic Co-operation and Development. “Electricity reaches only about half of its people; roughly 600 million people lack electricity and 890 million cook with traditional fuels (polluting and harmful).”

The online publication ESI Africa points out that

Africans thus have the barest of energy supplies, far less than what is regarded as a basic convenience in rest of the world. And no end to abject poverty in sight.

The solution to Africa’s immediate energy needs and long-term economic improvement is more investment in coal, oil, and natural gas — fuels that offer reliability and affordability.

“It is through manufacturing goods, be it value addition in agriculture, high tech components, tractors, machine tools, household goods or even bread that sub-Saharan African economies will reduce poverty by supplying productive employment and enabling economic growth,” explains PD Lawton, a researcher committed to the continent’s restoration.

The International Energy Agency notes that current investments in the power sector, especially fossil fuels, is well below the required levels, though easily achievable. However, Africa, already under-financed, faces campaigns to prohibit funding of fossil-fuel projects.

Climate crusaders accomplish their objectives both through international policies and domestic measures. Internationally, carbon imperialists use devices such as the Paris Agreement to ban hydrocarbons. Further suffocating development, major funding institutes are halting the flow of funds to fossil-fuel projects. The World Bank, African Development Bank, and numerous large donor organizations in Europe have stated that they won’t finance any new such initiatives in Africa.

This is condemning African states to perpetual poverty and to dependence on pathetically unreliable renewable energy installations. At the domestic level, the climate crusade is led by environmentalists and and so-call climate-justice groups.

In South Africa for example, activists in 2021 told Energy Minister Gwede Mantashe to abandon plans to develop 1,500 megawatts of new coal-fired generation or be taken to court. Grassroot activism and propaganda are key tools of global carbon imperialists to sway public opinion.

However, more and more leaders are standing up to the imperialists. In June, Niger President Mohamed Bazoum said,

“Africa is being punished by the decisions of Western countries to end public financing for foreign fossil-fuel projects by the end of 2022…We are going to continue to fight, we have fossil fuels that should be exploited.

“Let the African continent be allowed to exploit its natural resources. It is frankly unbelievable that those who have been exploiting oil and its derivatives for more than a century prevent African countries from reaping the value of their resources.”

President Bazoum is right. To use naturally available energy sources is an inalienable right of every sovereign nation. Africa’s destiny should be decided by its people. 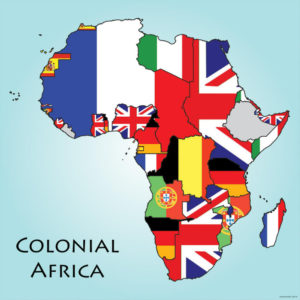 Vijay Jayaraj is a Research Associate at the CO2 Coalition who holds a holds an MS in Environmental Sciences from University of East Anglia (UK) and a BS in Engineering from Anna University (India). He is a prolific writer, based in Bengaluru India, who has been published about CO2 benefits, energy and climate science, most often from the viewpoint of the developing world.