Many Americans have felt inflation’s sting as it climbs to 8.5% — the highest level in over 40 years. This has increased the cost in housing, heating, food and everyday expenses — causing many to live paycheck-to-paycheck while others look for creative ways to cut cost wherever they can.

Considering the current crisis, solutions to combat energy poverty should be at the forefront of every conversation and news report. Yet it is ignored.

Energy poverty can be found in all conditions where there is a lack of adequate, affordable, reliable, quality, safe and environmentally sound energy services to support development.

According to the most recent results from U.S. Energy Information Administration’s recently released Residential Energy Consumption Survey (RECS), about one in five households reported reducing or forgoing basic needs like food and medicine to pay an energy bill, and nearly one-third of U.S. households — 31% — reported facing a challenge in paying energy bills or sustaining adequate heating and cooling in their home.

Despite these conditions, energy poverty is not formally recognized as a government concern. This limits an effective response from local and federal authorities.

The average American household experience with energy poverty is different from other countries. In these countries, one may own a heating unit, refrigerator or television. But they are unusable because their government’s cannot provide adequate access to energy or worse, no access to energy at all due to a lack of infrastructure. In making the case for its “sustainable development” goals, the United Nations reported that 789 million people — predominantly in sub-Saharan Africa — are living without access to electricity, and hundreds of millions more only have access that is very limited or unreliable. Under this current trajectory, the UN warns there will still be 650 million people with no electricity by 2030. 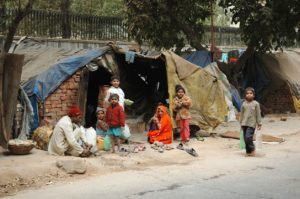 Using Liquified Petroleum Gas (Methane, Propane and Butane) can help overcome energy poverty. In most of the developed world, cooking food is a non-issue. People have electricity or gas to power their stoves. In the developing parts of the world and poor countries, people have neither.

It is important to address the need for more oil and gas, and not less. Any attempt to complicate global oil and gas needs ensures more widespread sickness and even death among the world’s least privileged.

Continued development of hydrocarbons are requisites for the sustenance of the poor. Without them, there is no cooking fuel for billions of people. Even a slight interruption of energy results in blackouts for more than a billion people every day.

It makes no sense for governments to switch to intermittent renewables like wind and solar in the name of climate change, abandoning mainstay sources of petroleum and natural gas we still need. There is no backup solution other than fossil fuels and hydrocarbons to handle demand in real-time during peak hours.

A truly just energy evolution requires more power, from all sources judged reliable and economic — not less. Even advanced economies like the United Kingdom and Germany are unable to cope with the power demand when renewables fail. Why would developing countries fare any better?

The clarion call from the world’s poor is not a climate SOS.  Rather, the world’s neediest desperately need economic growth that can be fostered only through extensive use of fossil fuels and hydrocarbons.

Derrick Hollie is President of Reaching America, an educational organization he developed to address complex social issues impacting vulnerable populations and a member of the Project 21 black leadership network.

Vijay Jayaraj is a research associate at the CO2 Coalition and holds a Master’s in environmental sciences from the University of East Anglia, England.

This commentary was first published at Real Clear Energy May 26, 200 with the unfortunate title of “All of the Above Energy Policy Would Help Reduce Energy Poverty Here and Abroad.” The CO2 Coalition does NOT endorse an “all of the above” energy strategy. We endorse a sensible energy strategy that employs reliable, abundant and affordable energy of all types that can achieve those standards.