The recent revelation of the mass killing of bald and golden eagles by a NextEra subsidiary exposed the ugly secret that nearly all wind projects share: the wanton destruction of rare and endangered species. On April 5th, in a case brought by the U.S. Department of Justice (DOJ), ESI Energy pleaded guilty to killing more than 150 eagles in eight states. The company was fined $8 million.

According to the DOJ, the company was fined for killing the birds “without obtaining or even seeking the necessary permit.” In other words, completion of paperwork would have made the killings legal.

For too long, the slaughter of birds by wind turbines has been allowed to continue under the faux emergency declaration of climate alarmists. But with bird mortality in the millions, along with  the lack of promised benefits from wind energy, the only rational option is to end development of wind farms. 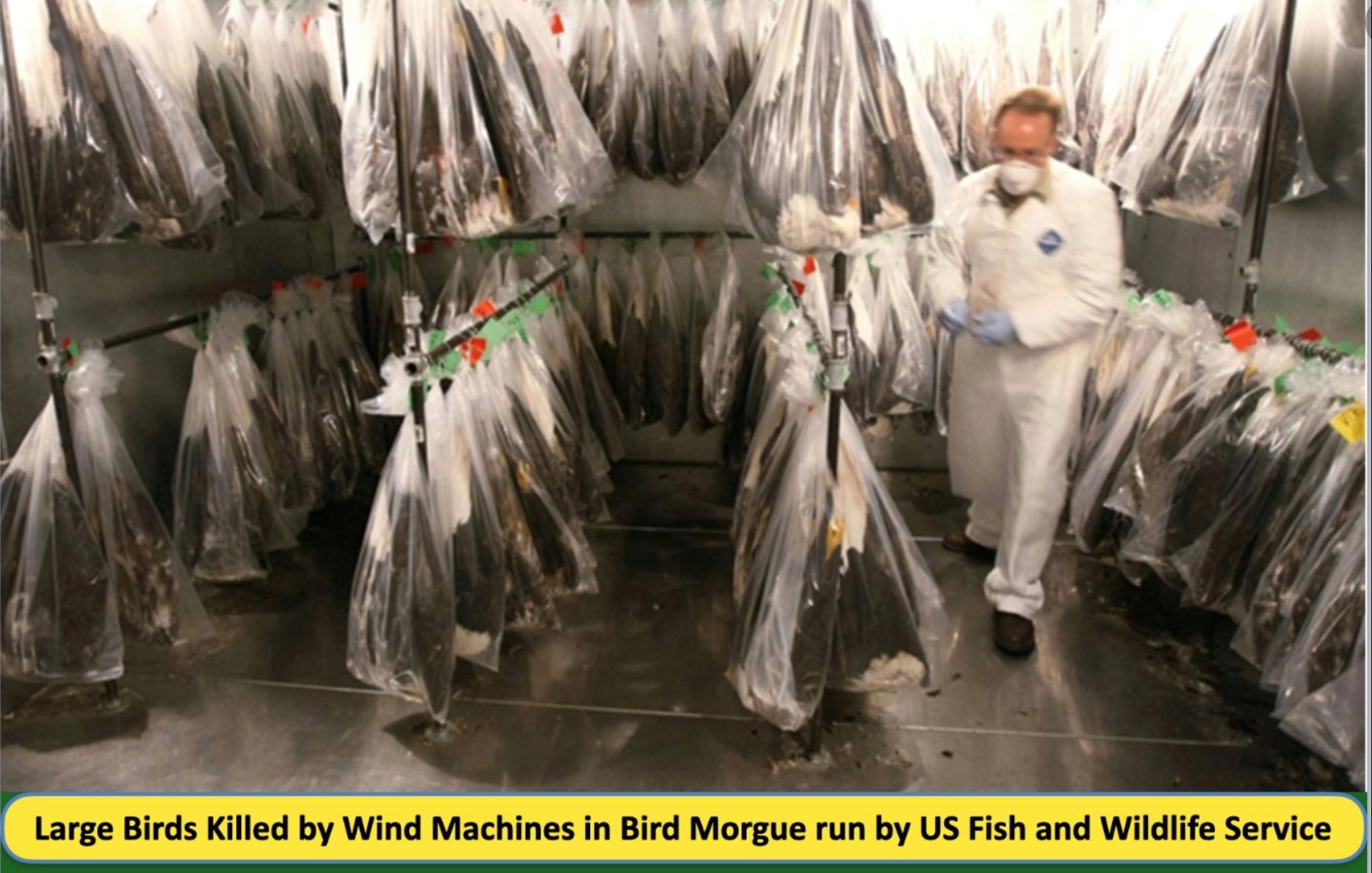 Studies in the last two years have confirmed what scientists and conservationists have been saying all along: There is blood on the blades of these wind farms, causing irreversible damage to thousands of bird species, including those listed in endangered and vulnerable categories.

In 2021, scientists did a comprehensive study of wind-farm effects on mammalian and avian life. They considered 825 peer-reviewed articles that showed that the, “construction, operation and maintenance of wind facilities affect mortality and behavior of mammals and birds as well as habitat suitability.”

“It is estimated, that 888,000 bat and 573,000 bird fatalities on wind energy facilities occur per year in the United States,” the study reported.

In the UK, offshore wind farms being promoted on a large scale are threatening sea birds. “(O)ur seas are already struggling and in the race to reach net zero our seabirds may be lost forever unless we do things differently,” said a senior marine conservationist from RSPB (Royal Society of Protection of Birds).

In Finland, studies have found that wind farms’ impact is lethal not just for large raptors but for many other species as well.

In neighboring Norway, researchers found that the current practice in the wind energy sector “has not succeeded in avoiding sites with higher impacts for birds, fueling conflicts surrounding environmental concerns of onshore wind energy development.”

A 2022 study analyzing wind development in Bulgaria revealed wind turbines built in northeastern Bulgaria “have a significant negative impact in terms of mortality, barrier effect, and habitat loss. The results reveal other greater risks for birds.”

Grouse is another species adversely affected by wind energy. Studies reveal a reduction in grouse populations in areas with wind turbines, and scientists call for “keeping grouse habitats free of wind energy developments.”

Even with all these studies, estimates of bird mortality from wind farms could be understating the damage. This is because of incomplete detection of bird deaths and insufficient mortality data from wind companies. Studies comparing human detection and dog-assisted searches near the wind farms increased mortality numbers significantly: “Compared to human searches, dog searches resulted in fatality estimates up to 6.4 and 2.7 times higher for bats and small birds, respectively.”

To add insult to fatal injury, wind energy provides no significant benefits when compared to conventional sources. Wind turbines have a very low capacity factor— the amount of actual energy produced compared to the installed capacity — and are highly unpredictable.

In Minnesota, for example, the installed capacity of the wind sector is 2.6 times larger than nuclear power, but wind produced 24 percent less electricity than nuclear in 2020. Wind also required 266 times more land than nuclear installations. In short, wind energy is an environmental nightmare.

So, we have the irony of self-proclaimed guardians of the earth promoting a regressive — even  primitive — energy technology that is killing millions of the planet’s creatures.

This article was first published on April 12, 2022 at amgreatness.com.

The image below was created by Thiago Hellinger for the CO2 Coalition and may be reproduced with our permission in its entirety with attribution.