The rate of sea-level rise is increasing

Sea-level rise is not accelerating 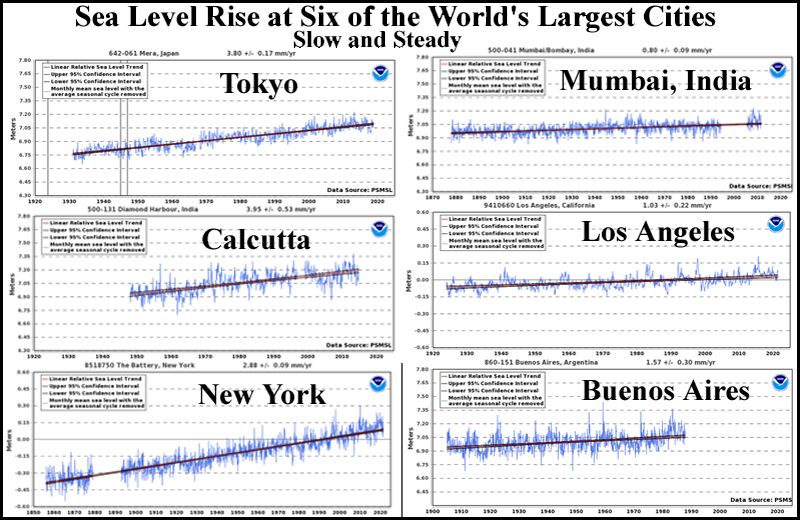 The Intergovernmental Panel on Climate Change Third Assessment Report (TAR3) stated “No significant acceleration in the rate of sea level rise during the 20th century has been detected.”

Tide Gauges all over the world measure the height of the seas where they touch the land.  Long-term tide gauge records show a long steady rise in relative sea levels over the entire length of their records, sometimes longer than  a hundred years, with no acceleration. NOAA places this rate of rise at about 1.7-1.9 mm per year – or the thickness of two U.S. dimes stacked together.

NOAA Tides and Currents: “The absolute global sea level rise is believed to be 1.7 +/- 0.3 millimeters/year during the 20th century.” 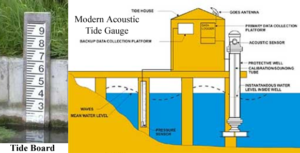