CO2 levels today are near the high level of geological history

Recent CO2 levels are lower than nearly all of Earth's history 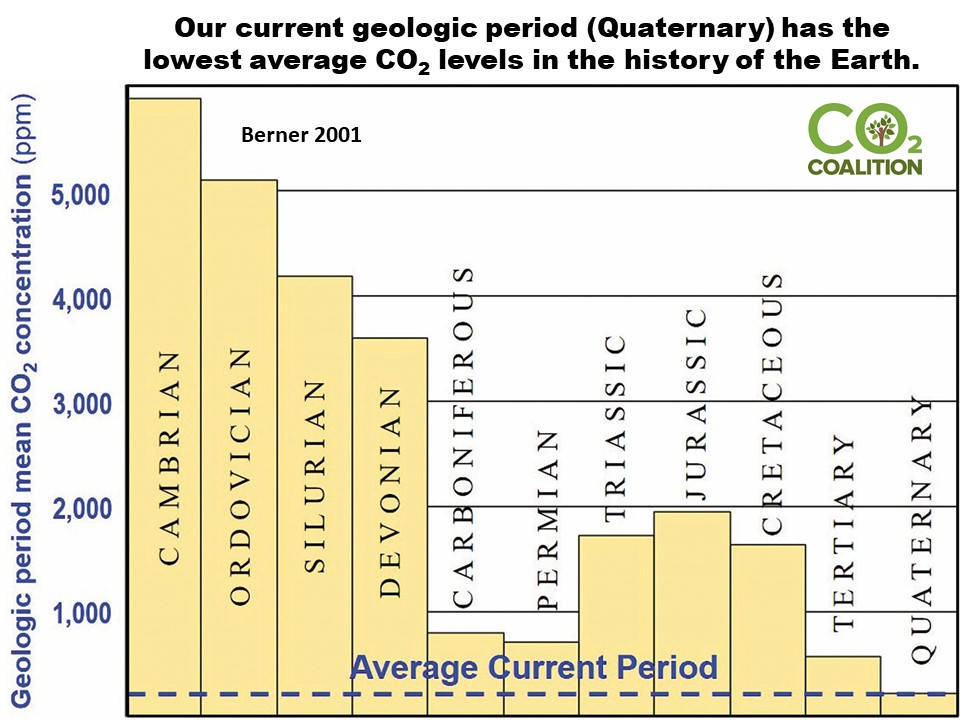 Our current CO2 levels (~415 ppm) are near the lowest in more than 600 million years. In fact, below 150 ppm, life is unsustainable, accordingly, we don't have too much CO2, we don't have enough.

Our current geologic period, the Quaternary, has seen the lowest average levels of carbon dioxide since the Precambrian. Though CO2 concentrations have risen by about 130 ppm since the Industrial Revolution, that small  increase barely registers as a blip on the chart. The average CO2 concentration in the preceding 600 million years was more than 2,600 ppm, nearly seven times our current amount and 2.5 times the worst case predicted by the IPCC for 2100. Our current geologic period (Quaternary) has the lowest average CO2 concentration in more than 600 million years.