“Despite the ongoing impact the pandemic has had on U.S. oil production, the U.S. remained the world’s top oil producer in 2021 at 11.2 million BPD. Russia and Saudi Arabia retained their positions at #2 and #3.”

“Although oil companies around the world did begin to increase production during 2021, average production for the year fell for 6 of the Top 10 countries. This was a major driver behind the global surge of oil prices in 2021.”

“Last year oil consumption bounced back by climbing 6% — the fastest rise since 1976. However, consumption remains 3.7% below the record level of 2019.” 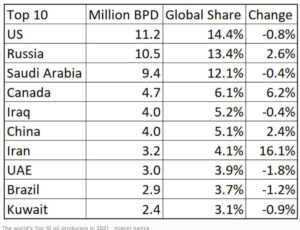 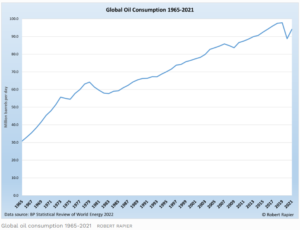 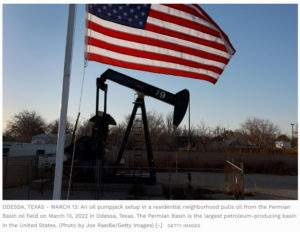