An organization that is skeptical of man-made climate change was booted from the popular LinkedIn networking site for unspecified reasons but the guess is an easy one: Expressing the wrong, disapproved opinions.

Gregory Wrightstone, executive director of the Virginia-based CO2 Coalition, says its page at LinkedIn was terminated “out of the blue” over the weekend, except there were hints the group was a target.

“We just got a statement at the top that we had violated their terms and conditions of LinkedIn,” Wrightstone tells AFN. “There does not appear to be any recourse to this.”

That punishment came after Wrightstone was permanently banned in July and after a second Coalition employee, Darren Nelson, was blocked just weeks ago.

Authored by Chris Woodward and originally published at AFN on 3 August 2022 here. 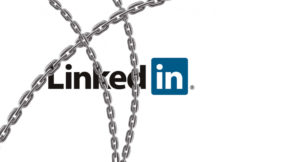