“[UK environmentalists] have hailed a High Court ruling that the government’s ‘net zero’ strategy breaches its obligations under the Climate Change Act. The strategy commits the UK to slash emissions of the greenhouse gases that are warming the planet to reach ‘net zero’ emissions by 2050. The court ruled there was not enough detail on how the target would be met. The judgment during the UK’s first red alert for heat ordered the government to deliver a new report to Parliament. The government said in response that its net zero strategy was still official policy and noted that the strategy itself had not been quashed by the court. The legal challenge was brought by environmental groups Friends of the Earth, ClientEarth, Good Law Project and environmental campaigner Jo Wheatley.” 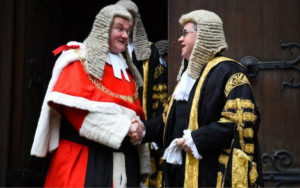