A Record Decline In CO2 Emissions in 2020

“Regionally, Asia Pacific is responsible for the largest share of carbon dioxide emissions, with more than double the combined emissions of the U.S. and the EU. The Asia Pacific region is home to both China and India[.]”

“Although all three regions saw a decline in carbon dioxide emissions in 2020, China – the world’s largest carbon emitter — was one of a handful of countries to see a year-over-year increase in carbon emissions.” 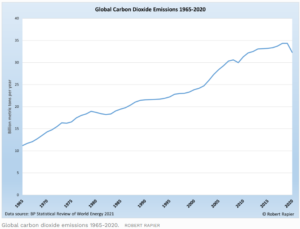 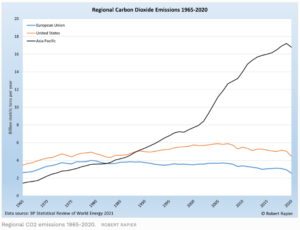 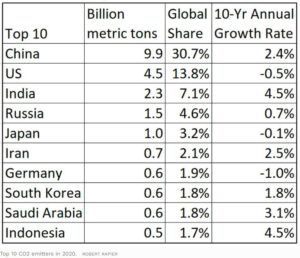