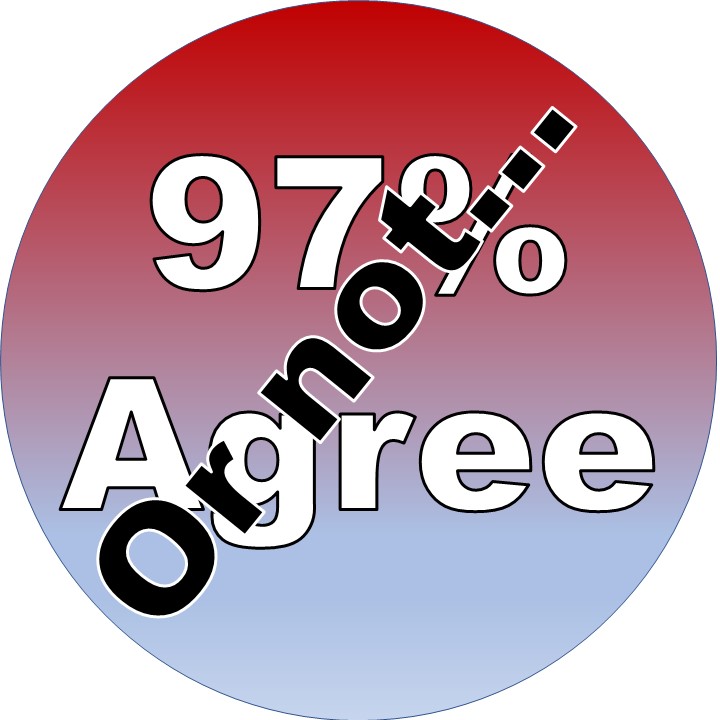 The many scientists, engineers and energy experts that comprise the CO2 Coalition are often asked something along the lines of: “So you believe in climate change, then?” Our answer? “Yes, of course we do: it has been happening for hundreds of millions of years.” It is important to ask the right questions. The question is not, “Is climate change happening?” The real question of serious importance is, “Is climate change now driven primarily by human actions? That question should be followed up by “is our changing climate beneficial or harmful to ecosystems and humanity?”

There are some scientific truths that are quantifiable and easily proven, and with which, I am confident, at least 97% of scientists agree. Here are two:

What is impossible to quantify is the actual percentage of warming that is attributable to increased anthropogenic (human-caused) CO2. There is no scientific evidence or method that can determine how much of the warming we’ve had since 1900 that was directly caused by us.

We know that temperature has varied greatly over the millennia. We also know that for virtually all of that time, global warming and cooling were driven entirely by natural forces, which did not cease to operate at the beginning of the 20th century.

The claim that most modern warming is attributable to human activities is scientifically insupportable. The truth is that we do not know. We need to be able to separate what we do know from that which is only conjecture.

What is the basis for the “97% consensus” notion? Is it true?

If, indeed, 97% of all scientists truly believed that human activities were causing the moderate warming that we have seen in the last 150 years, it would be reasonable for one to consider this when determining what to believe. One would be wrong, however.

Science, unlike religion, is not a belief system. Scientists, just like anyone else, will say that they believe things (whether they believe them or not) for social convenience, political expediency or financial profit. For this and other good reasons, science is not founded upon the beliefs of scientists. It is a disciplined method of inquiry, by which scientists apply pre-existing theory to observation and measurement, so as to develop or to reject a theory, so that they can unravel as clearly and as certainly as possible the distinction between what the Greek philosopher Anaximander called “that which is and that which is not.” 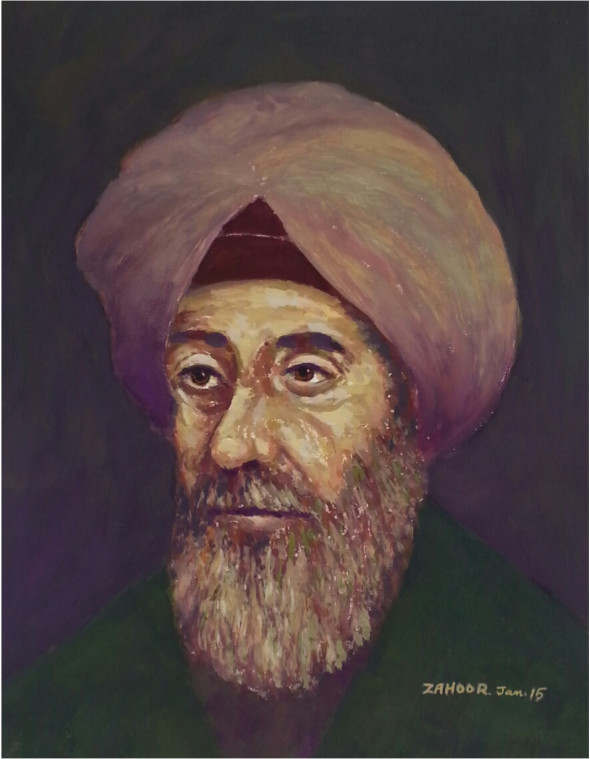 Abu Ali ibn al-Haytham, the natural philosopher of 11th-century Iraq who founded the scientific method in the East, once wrote:

“The seeker after truth [his beautiful description of the scientist] does not place his faith in any mere consensus, however venerable or widespread. Instead, he subjects what he has learned of it to inquiry, inspection and investigation. The road to the truth is long and hard, but that is the road we must follow.”

The long and hard road to scientific truth cannot be followed by the trivial expedient of a mere head-count among those who make their livings from government funding. Therefore, the mere fact that climate activists find themselves so often appealing to an imagined and (as we shall see) imaginary “consensus” is a red flag. They are far less sure of the supposed scientific truths to which they cling than they would like us to believe. “Consensus,” here, is a crutch for lame science.

What, then, is the origin of the “97% consensus” notion? Is it backed up with research and data?

The earliest attempt to document a “consensus” on climate change was a 2004 paper cited by Al Gore in his allegedly non-fiction book, An Inconvenient Truth. (Gore attended natural science class at Harvard, but got a D grade for it.) The author of the cited paper, Naomi Oreskes, asserted that 75% of nearly 1,000 papers she had reviewed on the question of climate change agreed with the “consensus” proposition favored by the IPCC: “Most of the observed warming over the last 50 years is likely to have been due to the increase in greenhouse gas concentrations.” None, she maintained, dissented from this line of reasoning.

The Oreskes paper came to the attention of Klaus-Martin Schulte, an eminent London surgeon, who had become concerned with the adverse health effects of his patients from their belief in apocalyptic global warming.

Professor Schulte decided to update Oreskes’ work. However, he found that only 45% of several hundred papers endorsed the “consensus” position. He concluded: “There appears to be little basis in the peer-reviewed scientific literature for the degree of alarm on the issue of climate change which is being expressed in the media and by politicians, now carried over into the medical world and experienced by patients.”

The primary paper that is often trotted out in support of the notion of “97% consensus” was written by John Cook and his merry band of climate extremists. Published in 2013, it is the most widely referenced work on the subject of climate consensus and has been downloaded more than 1.3 million times.

Cook runs a climate website that is a smorgasbord of climate fear rhetoric, specializing in attacks—often personal and spiteful in tone—on all who have proven effective in leading others to stray from the dogma of impending climate doom.

The project was self-described as “a ‘citizen science’ project by volunteers contributing to the website.” The team consisted of 12 climate activists who did not leave their climate prejudices at home. These volunteers, many of whom had no training in the sciences, said they had “reviewed” abstracts from 11,944 peer-reviewed papers related to climate change or global warming, published over the 21 years 1991 – 2011, to assess the extent to which they supported the “consensus view” on climate change. As Cook’s paper said,

“We analysed a large sample of the scientific literature on global CC [climate change], published over a 21-year period, in order to determine the level of scientific consensus that human activity is very likely causing most of the current GW (anthropogenic global warming, or AGW).”

The paper asserted—falsely, as it turned out—that 97% of the papers the reviewers examined had explicitly endorsed the opinion that humans are causing the majority of the warming of the last 150 years.

When one looks at the data, one finds that 7,930 of the papers took no position at all on the subject and were arbitrarily excluded from the count on this ground. If we simply add back all of the papers reviewed, the 97% claimed by Cook and his co-authors falls to 32.6%.

A closer look at the paper reveals that the so-called “97%” included three categories of endorsement of human-caused climate change (Figure 1). Only the first category amounted to an explicit statement that humans are the primary cause of recent warming. The second and third categories would include most skeptics of catastrophic anthropogenic warming, including the scientists of the CO2 Coalition, who accept that increasing CO2 is probably causing some, probably modest, amount of warming; an amount that is likely rendered insignificant by natural causes of warmer weather. Only by casting a wide net could Cook conclude that there is any type of “consensus.”

Agnotology is defined as “the study of how ignorance arises via circulation of misinformation calculated to mislead.” This is how David Legates and his co-authors (2015) describe the Cook paper and similar attempts falsely to promote the notion of broad scientific consensus surrounding the subject of a looming, man-made, climate apocalypse.

They reviewed the actual papers used by Cook and found that only 0.3% of the 11,944 abstracts and 1.6% of the smaller sample that excluded those papers expressing no opinion endorsed man-made global warming as they defined it. Remarkably, they found that Cook and his assistants had themselves marked only 64 papers—or 0.5% of the 11,944 they said they had reviewed—as explicitly stating that recent warming was mostly man-made (Figure 2). Yet they stated, both in the paper itself and subsequently, that they had found a “97% consensus” explicitly stating that recent warming was mostly man-made. 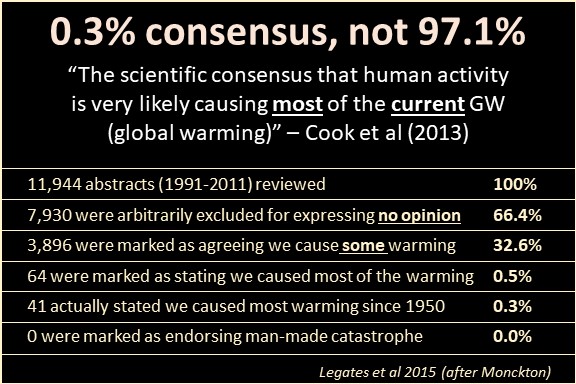 “Agnotology has the strong potential for misuse whereby a ‘manufactured’ consensus view can be used to stifle discussion, debate, and critical thinking.”

It appears that Cook and his co-authors manipulated the data to present an altogether untrue narrative of overwhelming support for catastrophic human-caused warming.

Note that the official “consensus” position—supported though it was by just 0.3% of the 11,944 papers reviewed—says nothing more than recent warming was mostly man-made. Even if that were the case—and the overwhelming majority of scientists take no view on that question, for it is beyond our present knowledge to answer—it would not indicate that global warming is dangerous.

“If you tell a lie big enough and keep repeating it, people will eventually come to believe it.”

From the information we have just reviewed, the percentage of scientists who agree with the notion of man-made catastrophic global warming is significantly less than advertised. Several unbiased attempts have been made to assess what the actual number might be. One of the largest petitions concerning climate change was the Oregon Petition signed by more than 31,000 American scientists, including 9,029 holding PhDs, disputing the notion of anthropogenic climate alarmism (Figure 3).

More recently, in 2016, George Mason University (Maibach 2016) surveyed more than 4,000 members of the American Meteorological Society and found that 33% believed that climate change was not occurring, was at most half man-made, was mostly natural, or they did not know. Significantly, only 18% believed that a large amount—or all—of additional climate change could be averted.

Science does not advance through consensus, and the claim of consensus has no place in any rational scientific debate. We ask: What do the data tell us? What does it mean? Can we reproduce the results? If those promoting man-made climate fear need to resort to an obviously flawed consensus opinion, rather than argue the merits of the science, haven’t they already conceded that their argument cannot be won through open debate?

“Cook’s 97% nonsensus [sic] paper shows that the climate community still has a long way to go in weeding out bad research and bad behavior. If you want to believe that climate researchers are incompetent, biased and secretive, Cook’s paper is an excellent case in point.”

“Let’s be clear: the work of science has nothing whatever to do with consensus. Consensus is the business of politics. Science, on the contrary, requires only one investigator who happens to be right, which means that he or she has results that are verifiable by reference to the real world. In science consensus is irrelevant. What is relevant is reproducible results. The greatest scientists in history are great precisely because they broke with the consensus.

Many thanks to Christopher Monckton, 3rd Viscount of Brenchley for his valuable additions to this commentary/analysis.