California And New York: Do Not Back Off Your World-Beating Green Energy Schemes!

This was first published at Manhattan Contrarian, September 10, 2022.

Today the Manhattan Contrarian formally calls upon the states of California and New York: Whatever you do, do not back down from your crash program of green energy schemes!

The full text of the Manhattan Contrarian official announcement follows:

Now is not the time to go wobbly. You owe it to the world to show everyone how this can be done. This is your moral duty.

The context of this plea is that, of the four jurisdictions in the world that are the leaders in the push to 100% green energy — California, New York, the UK, and Germany — two of them — the UK and Germany — are giving strong signals that they are ready to cry “Uncle!” and back off on the plans.

Worse, the UK and Germany are backing off at the earliest indications of encountering even modestly serious challenges to the achievement of their utopian goals. Doubters of the green energy schemes have long warned that the consequences of increasing the penetration of renewables on the grid will likely include grid instability, frequent and lengthening blackouts, energy rationing, and soaring consumer costs that could go to five or ten or even more times the cost of electricity from a predominantly fossil fuel system. The UK and Germany have only had the first little taste of those things so far. They have as yet seen almost no serious blackouts, and costs have just inched into the range of maybe three to four times those from mostly fossil fuel systems. Is that kind of little blip enough to get you to walk away after decades of shouting “existential crisis”? This is embarrassing.

Here’s why this is important. If all the jurisdictions that are leaders of the green energy campaign back off their schemes as soon as the going starts to get even a little tough, then the zealots will forever maintain their narrative that the schemes would have worked, and would have led us to utopia, if only we had given them a decent chance. It will be no different from the evergreen narrative of the true-believing socialist: “Real socialism has never actually been tried yet.” The Soviet Union? Venezuela? Cuba? North Korea? Cambodia? None of those are the “real socialism” or the “democratic socialism” that we are now proposing.

Consider, for example, the latest from the UK. In a post earlier this week (“Update On Europe’s Self-Inflicted Energy Crisis”), I reported that the UK’s regulatorily-capped price of energy to households was scheduled as of October 1 to go to a level more than triple where it was a year ago (year ago average of 1138 pounds/year; as of October 1 average of 3549 pounds/year). In the short few days since that post, the UK has a new Prime Minister, Liz Truss, who has already announced big changes in energy policy to roll back significant aspects of the “Net Zero” agenda. Those changes include, for starters, lifting the ban on “fracking” for natural gas within the UK; and also removal of so-called “green levies” on energy suppliers that have been used to subsidize solar and wind operators and have up to now been passed on to consumers. Also notable is that the erstwhile Minister for Business and Energy, Kwasi Kwarteng — a Net Zero enthusiast — has been kicked upstairs to become Chancellor of the Exchequer, and replaced as Minister of Business and Energy by Jacob Rees-Mogg, a noted climate skeptic.

I certainly cannot represent that the ascendancy of Ms. Truss means that the UK has instantly converted to fully sane policies of climate realism. For one thing, she immediately signed on to a massive subsidy scheme to hand money to utilities in order to lower consumer energy costs for the coming winter. Thus, presumably, the average consumer bill this winter will end up well less than the previously-forecast amount (at great taxpayer expense). Also, Mr. Rees-Mogg’s actual policies in office remain to be seen (remembering that Boris Johnson made noises of being a climate skeptic before going native as Prime Minister). And the Net Zero goal remains enshrined by statute, which will have to be changed before serious rollback of destructive energy policies can get very far.

But meanwhile, the fact that the backoff from green policies is taking place before the serious crunch has fully hit has given an opening to the zealots to push the narrative that the green revolution would have succeeded if only it had been given a chance. Somewhere over there in the bowels of the UK government is something called the “Committee on Climate Change” (“an executive non-departmental public body, sponsored by the Department of Business, Energy and Industrial Strategy”), headed by a climate cultist by the name of Lord Deben. Supposedly the CCC “advises the government on emissions targets and reports to Parliament on progress made in reducing greenhouse gas emissions.” Lord Deben is sometimes referred to in the British press as the government’s “climate czar.” On September 8, Lord Deben took the opportunity to provide his views to the new Prime Minister (from the Daily Mail via Not a Lot of People Know That):

Lord Deben, who is chairman of the Committee on Climate Change, warned the PM yesterday the best way to solve the energy crisis was to double down on renewable sources rather than expanding domestic production. He told BBC Radio 4’s Today programme: ‘There is no sliver of a cigarette paper between the fact that if you want to deal with climate change and you want to deal with the cost of living crisis and oil and gas prices you have to do the same things – renewable energy and energy efficiency –they are the answers. ‘If you want energy bills down, you produce your energy in the cheapest possible way. That happens to be by renewables.’

The Daily Mail also quoted Deben as advising the new PM that “approving fracking would have no impact on energy prices” — thus echoing Barack Obama’s ridiculing of Sarah Palin, when he said in May 2011 that “We can’t just drill our way out of the problem” of high energy prices, words that were uttered on the very eve of the fracking revolution that then cut oil and gas prices in about half over the course of the next several years.

Germany also appears to be getting stampeded by the mere threat of soaring energy costs into re-opening closed coal power plants and even keeping its remaining nuclear plants open. Example, from Bloomberg, August 11:

RWE AG will delay dismantling one of its shuttered coal stations in Germany in case it’s needed to step in to keep the lights on this winter.

When the going gets even a little tough, these wimpy Europeans just pack up their tents and go home to mommy.

So it’s all down to you, California and New York. Do you have the courage of your convictions, or don’t you?

California is in the midst of showing some impressive fortitude just this weekend, with rolling blackouts again threatened for tomorrow. California’s answer: require that more and more new car sales be electric models — thus increasing demand for electricity by as much as 100% over the next 10 to 15 years — while also aggressively closing natural gas power plants. You go, California! Show us all how this can be done!

And New York is also in the midst of doubling down. According to the AP here on September 8, New York is expected shortly to adopt California’s scheduled increases in electric vehicle mandates. Here in New York City we have already banned the use of natural gas for heating and cooking in most new buildings, and also in major renovations, starting in 2024. And of course we are on track to ban the use of fossil fuels to generate electricity.

How is this all going to work? Roger Caiazza, the Pragmatic Environmentalist of New York, is the one guy in New York who actually reads through all the stuff put out by our new class of climate overlords, and exposes the absurdity. He has an amusing post on September 8 titled “The Latest from the Experts on New York’s Climate Act Implementation.” Caiazza points out that the New York Independent System Operator has come out with a Report dated August 31, with the title of System & Resource Outlook. The ISO essentially tells New York’s climate planners that they are full of shit, but of course the ISO people are political creatures, so they can’t say it in those terms. But they recognize that wind and solar can’t actually do the job without something dispatchable as backup, for which they have come up with the catchy acronym “DEFR” (Dispatchable Emissions Free Resource). What the heck is that? It’s something that hasn’t been invented yet, but supposedly is going to take over to generate our electricity starting a couple of years from now — in other words, in less time than it would take to finish constructing a power plant that was already under construction today. Here is one choice quote from the ISO Report:

To achieve an emission-free grid, dispatchable emission-free resources (DEFRs) must be developed and deployed throughout New York. DEFRs that provide sustained on-demand power and system stability will be essential to meeting policy objectives while maintaining a reliable electric grid. While essential to the grid of the future, such DEFR technologies are not commercially viable today.

“Not commercially viable today.” We’ll be lucky to have any of them by 2030, if ever. But we are required to buy cars and build buildings starting immediately as if we had unlimited amounts of them.

So don’t back down New York! You’re going to show the world how this is done. I for one can’t wait. 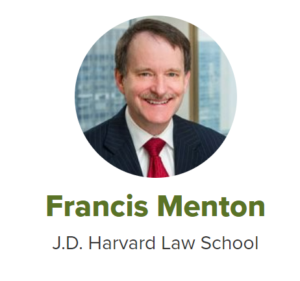