Last month was the third hottest July on record? The facts say otherwise

[Context: The Biden Administration claims July was third hottest on record in the US. This claim has no basis in reality, and is what happens when there are no checks and balances to protect the public from intentional misinformation from government sources.]

July temperatures were a little above average in the US. The percent of the country reaching 95F sometime during July was well below average. NOAA created this fraud by adding more than half a degree to 2022 temperatures and subtracting almost two degrees from 1901 temperatures. New York Gasps in the Highest Temperature in Bureau’s History.

Mercury in Times Square at 115 —Throngs Sleep in Streets, Parks and on Beaches.

NO RELIEF IS PROMISED

New York and the East generally gasped in the highest temperatures in recorded weather history here yesterday as searing blasts of heat, borne out of the parched drought areas of the Middle West, converted city, town and country into one vast oven.

‘The official high reading in New York City of 102.3 was taken at 2:50 P. M., 415 feet above the sun- baked pavements and melting asphalt roadways, by Weather Bureau officials on the roof of the Whitehall Building and tempered by bay breezes.

But it did not tell the true story. The instrument for measuring the sun’s intensity set up in the Central Park Observatory by David R. Morris, meteorologist, gave a reading of 145 degrees at 12:40 P, M., while the reading in the shade was 106 degrees at 5 P. M.

In Times Square, where the western wind carried the heat against the faces of pedestrians, there were unofficial readings of 115 degrees, due to heat reflection from the sidewalks. In the canyons of the financial district men and: women. reported the heat waves visible” 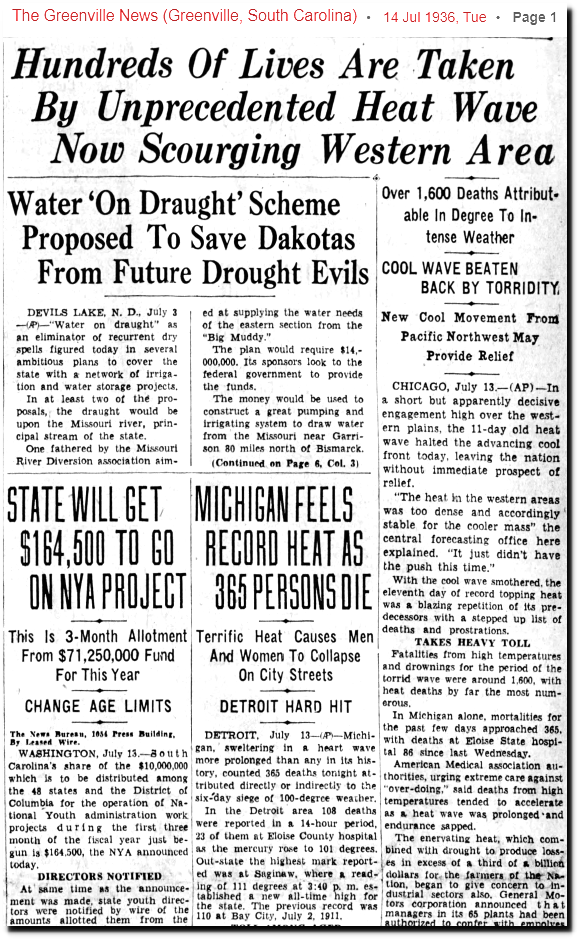 The most fraudulent July occurred three years ago. 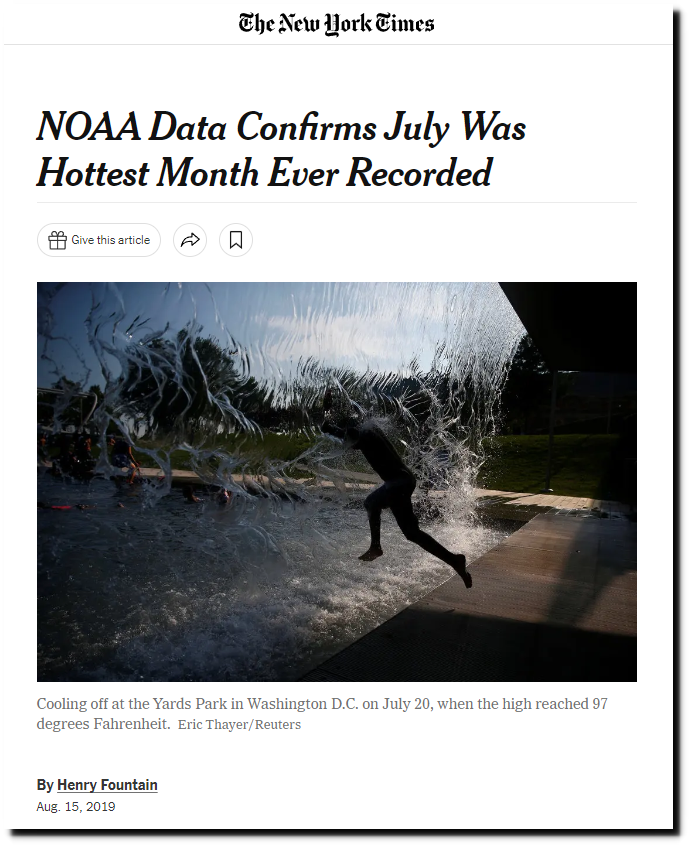 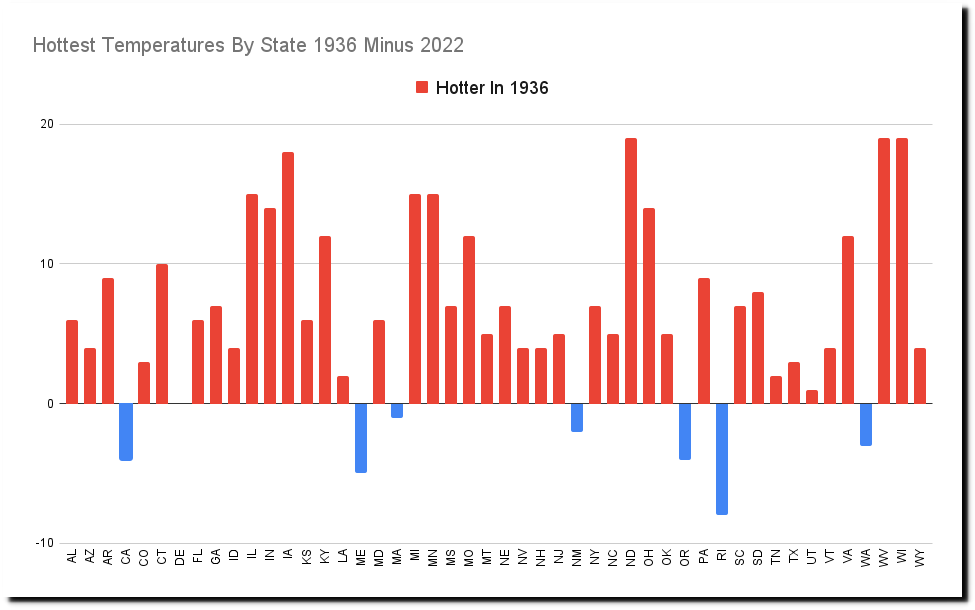 Tony Heller is a Member of the CO2 Coalition as well as a lifelong environmentalist, teacher, geologist and electrical engineer. He has a BS Geology and a MS Electrical Engineering.