Censors at LinkedIn have permanently banned me from the social media site after I presented data drawn from peer-reviewed data used by the preeminent promoter of the narrative that man-made global warming threatens the planet— the U.N. Intergovernmental Panel on Climate Change (IPCC).

How can this be? Well, first, my offending posts placed today’s level of atmospheric carbon dioxide in the context of geological time, suggesting that life would be well served if there were more CO2 — exactly the opposite of what climate alarmists say. Secondly, I’ve had the audacity to publish facts — also know as the truth, multiple times on LinkedIn— that contradict the theory that humans face an “existential threat” from a harmless gas of which each of us daily exhales two pounds.

“Your account has violated the LinkedIn User Agreement and Professional Community Policies,” read the email from the site. “Due to the number and/or the severity of these violations, this account has been permanently restricted.” 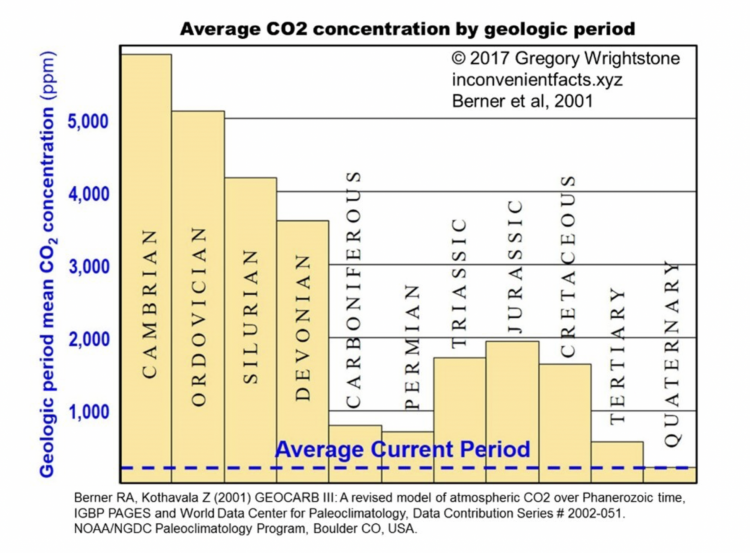 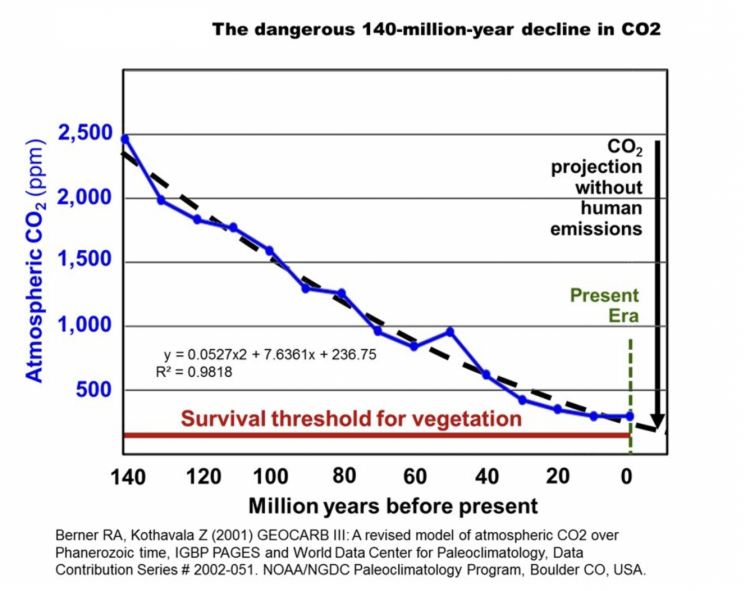 Implied in the data is that carbon dioxide levels eventually would drop to 150 ppm, at which point plants — and ultimately all life — begin to die from CO2 starvation. The concentration got as low as 180 ppm in the last ice age about 12,000 years ago. It was at 280 ppm at the beginning of the Industrial Revolution in the 19th century.

The addition of 140 ppm since then have likely come from man’s activities, primarily the burning of fossil fuels. If so, human activity has saved the planet from the existential threat of too little CO2. In any case, more of the powerful plant food is a good thing, as evidenced by the overall greening of Earth and record crop harvests of recent decades.

As executive director of the CO2 Coalition, I’ve had previous run-ins with LinkedIn censors. One involved a post about a CO2 Coalition paper on global temperatures. Although LinkedIn did not identify the broken rules, the only possible “violation” would have been an admonition to “not share false or misleading content.” The censored paper, The Global Mean Temperature Anomaly Record, was fully sourced and written by two of the top climate scientists in the world, Richard Lindzen and John Christy.

These are no lightweight scientists. Dr. Lindzen of the Massachusetts Institute of Technology is an award recipient of the American Meteorological Society and the American Geophysical Union. He is also a member of the National Academy of Sciences and was a lead author of the IPCC’s third assessment report’s scientific volume.

Professor Christy is the director of the Earth System Science Center at the University of Alabama, Huntsville, and has been Alabama’s State Climatologist since 2000. Along with Dr. Roy Spencer, he has maintained one of the key global temperature data sets relied on by scientists and government bodies. For this achievement, they were awarded NASA’s Medal for Exceptional Scientific Achievement.

The main thrust of the paper was to put the modest one-degree rise in temperature since 1900 in its proper perspective. When compared to wide swings in temperature experienced on a daily and yearly basis, that slight rise in global temperature over the last 120 years does not appear as alarming as portrayed by the purveyors of climate doom. Like so many others who challenge the notion of catastrophic man-made warming, the authors risked being censored by the intellectual elite — or those who identify as such. And they were.

The CO2 Coalition has been attacked by other climate cultists, including Facebook and members of a political class that insists on forcing its ideology on everybody. Obviously, we care more about the truth — and our freedom — than anybody’s approval.

As noted philosopher of science Karl Popper said, “Democracy (that is, a form of government devoted to the protection of the open society) cannot flourish if science becomes the exclusive possession of a closed set of specialists.”

Gregory Wrightstone is a geologist, executive director of the CO2 Coalition, Arlington, Va., and author of “Inconvenient Facts: The science that Al Gore doesn’t want you to know.” He has been an IPCC expert reviewer.