Victory for citizens and businesses alike 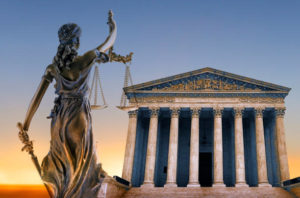 In what is likely the most damaging setback ever dealt to those advocating for overzealous enforcement actions against greenhouse gas emissions, the Supreme Court of the United States ruled in favor of constitutional limitations on unelected regulators.

This morning SCOTUS ruled in favor of the plaintiff states in WV v. EPA. This was an important “separation of powers” case. Over 20 states allege EPA improperly used very narrow statutory language as the basis for a national CO2 cap-and-trade program.

The constitutional principle of separation of powers requires that only Congress—through legislation—is authorized to decide major policy issues, not federal agencies. The related legal “Major Question Doctrine” holds that federal agencies must have a clear authorization from Congress before exercising new and significant regulatory power.

According to the ruling written by Chief Justice John Roberts: “But the only interpretive question before us, and the only one we answer, is more narrow: whether the “best system of emission reduction” identified by EPA in the Clean Power Plan was within the authority granted to the Agency in Section 111(d) of the Clean Air Act. For the reasons given, the answer is no.”

This is why we fight.

Statement on the ruling by CO2 Coalition Chair William Happer:

“The decision is a very welcome reaffirmation of the Constitutional rights of citizens of the United States. Untouched is the question of whether the Constitution allows Congress to make scientifically incorrect decisions by majority vote, for example: that carbon dioxide, a beneficial gas that is essential to life on Earth, is a pollutant.”