America can fuel the world’s needs for clean-burning natural gas for many decades and have plenty left over for our own domestic requirements. The vast majority of our nation’s undeveloped gas supply is found in the Appalachian Basin of the eastern United States. The size of the resource is stunning and largely unknown outside of the teams of geologists and engineers that are responsible for its discovery and ongoing development.

Gas fields with more than 3 trillion cubic feet (TCF) of recoverable natural gas reserves are considered to be giant gas fields, while those with more than 30 TCF are termed super-giants. In 2008, while researching the gas potential of the A-Basin, and realizing its enormous potential, I proposed that a new classification be adopted: any field with recoverable reserves in excess of 300 TCF be considered a mega-giant field.

These mega-giant fields are exceedingly rare. There are only three of them worldwide, and two of the three are in the Appalachian Basin — the Marcellus and Utica shales. The A-Basin is home to a third huge gas reservoir known as the Burket/Geneseo Shale. The Burket is a bit smaller in reserve size but is still classified as a super-giant. These three monsters are found at depths from 5,000 to more than 12,000 feet in depth and located in Pennsylvania, eastern Ohio and northern West Virginia. The New York portions that would be productive are off limits due to the Empire State’s ban of fracking technology.

The Marcellus Shale is the largest of the reservoirs. The most recent assessment of its total recoverable reserves pegs its size at 609 to 998 TCF, making it just slightly smaller than the largest gas field in the world, the South Pars/North Dome gas field of Qatar and Iran. According to a study authored by Bill Zagorski, who was given the moniker of the “Father of the Marcellus,” the gas-in-place of the Marcellus and Upper Devonian Series dwarfs other conventional fields worldwide. The size is so large that the ten largest conventional fields in the world combined are less than the in-place reserves of the Marcellus/UDS (Figure 1). 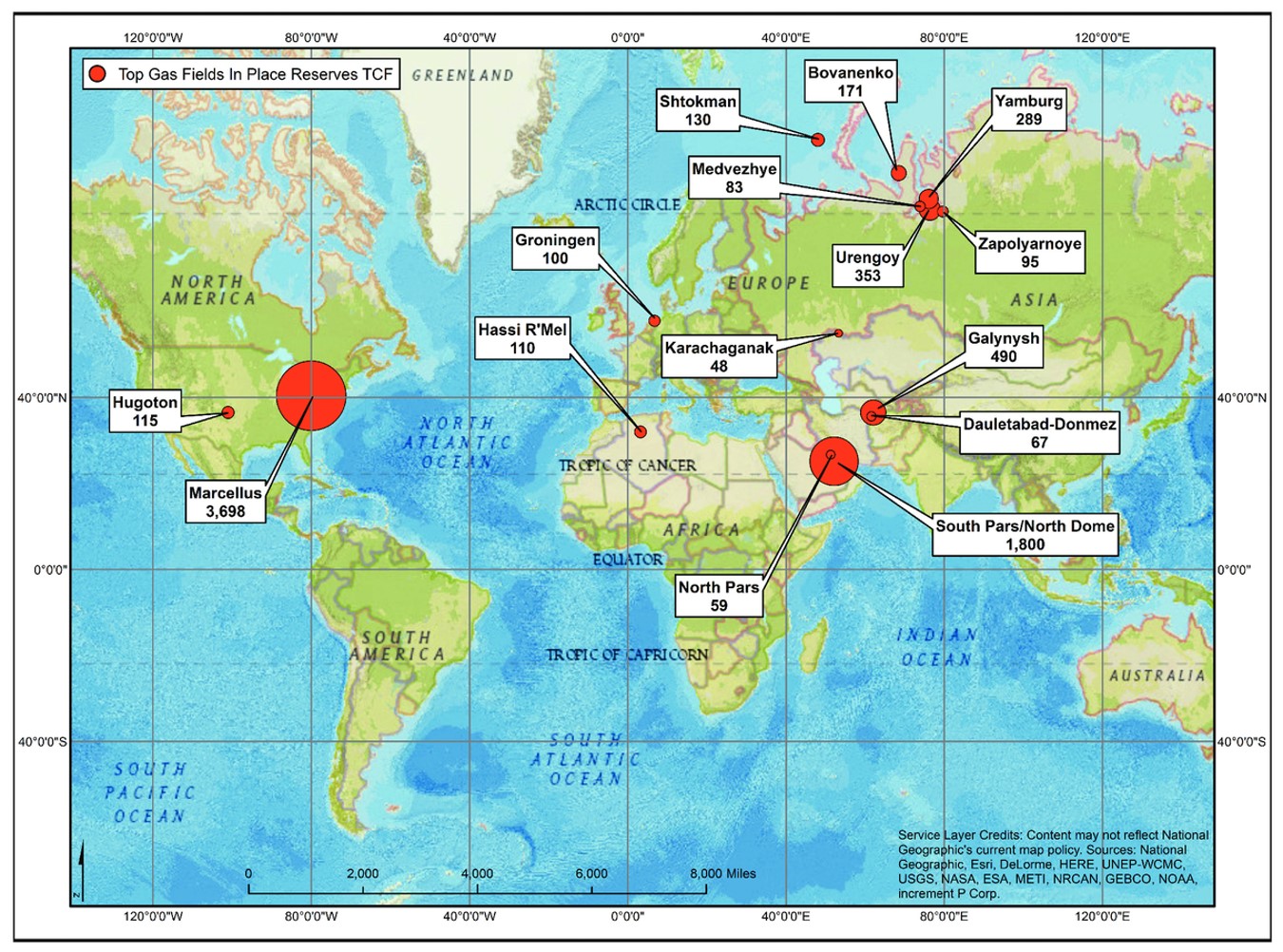 The Utica Shale is found several thousand feet below the Marcellus. It has recently been assigned total recoverable reserves ranging from 508 to 834 TCF, large enough to rank it as the third largest gas accumulation in the world, just behind the Marcellus. The majority of the development to date has focused on the shallow liquids-rich portions on the deposit’s western margins. The deeper dry gas portions of the Utica have yielded some of the highest production rates ever measured in North America but is largely undeveloped due to higher costs associated with its much deeper drilling depths.

The icing on America’s natural gas cake is the little-known Burket/Geneseo Shale found above the Marcellus Shale with reserves pegged at 91 to 124 TCF.  It has been the red-headed stepchild of the nation, — lightly explored and generally ignored. Bear in mind that a recent discovery by Israel in the offshore Mediterranean was labeled a “game-changer” for that nation yet has “only” 23 TCF of gas reserves, one-quarter the likely size of the largely untapped Burket!

If the nation has incredibly large unexploited supplies of natural gas, why is it not being fully developed? The answer, at least in the eastern United States, is due to lack of export capacity through pipelines. Existing pipelines are operating at capacity because of opposition to proposed projects. In the eastern U.S. alone, six major pipelines with capacity to move 7.0 BCF per day have been canceled or blocked over unreasonable environmental activism.

What is the solution? Unleash America’s secret energy weapon, natural gas, by completing blocked or canceled pipelines and relaxing the lengthy permitting process that delays — and kills — needed infrastructure. American entrepreneurs can energize the world if government would just get out of the way.

Gregory Wrightstone is a geologist, Executive Director of the CO2 Coalition in Arlington, Virginia and an expert reviewer of the Intergovernmental Panel on Climate Change (AR6). He is bestselling author of Inconvenient Facts: The Science that Al Gore doesn’t want you to know.

This article was first published at Real Clear Energy on April 12, 2022 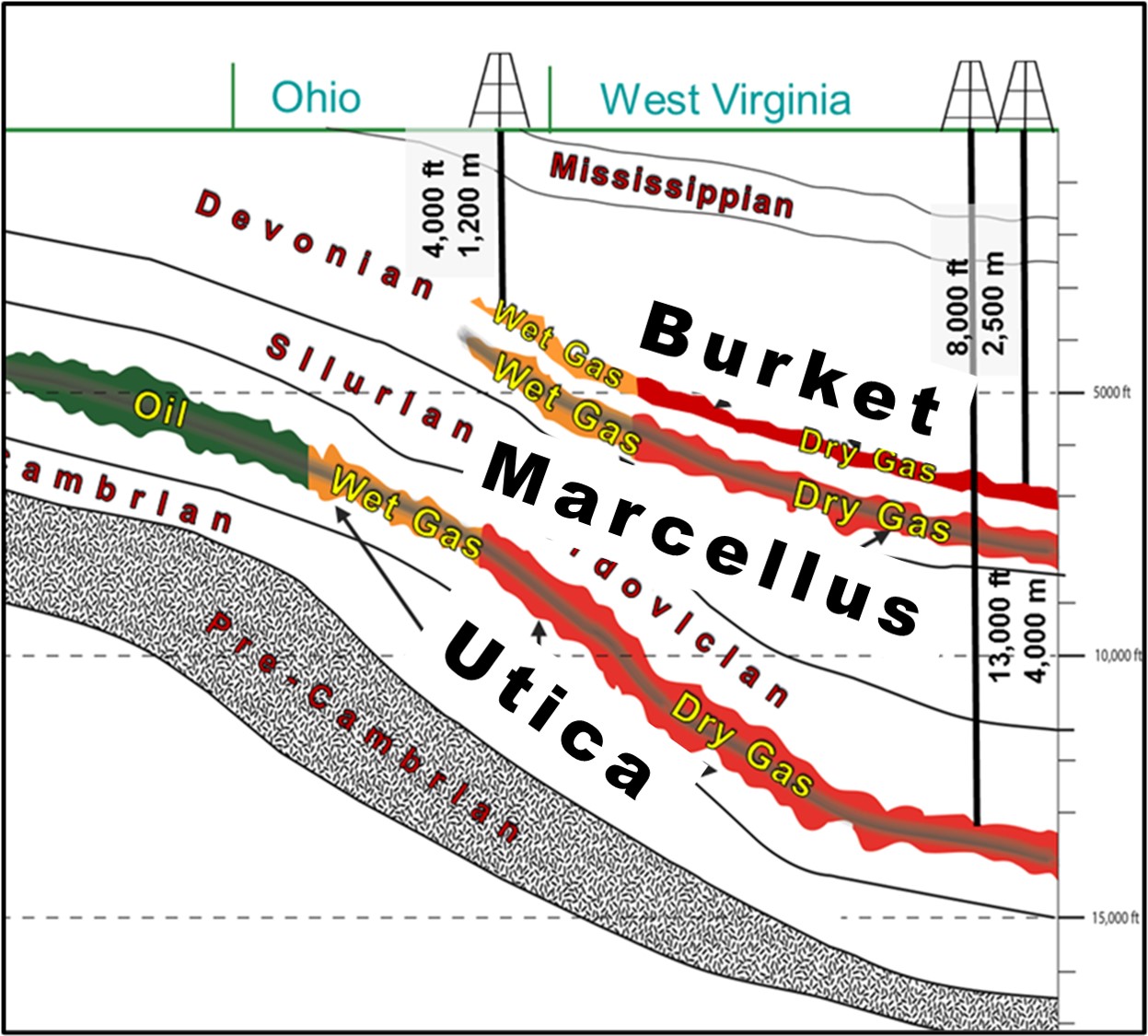