I Love Carbon Dioxide and You Should Too

The demonization of the “miracle molecule,” carbon dioxide, continued last week with the announcement that its concentration had reached 410 parts per million (ppm). Nearly all reporting of this noted that this was the highest level in 800,000 years and predicted a host of associated climate calamities. While the current concentration of this vital gas is about 40% higher than at the start of the Industrial Revolution, unreported is that Earth has been suffering from steadily decreasing and perilously low concentrations of CO2. Until the consumption of fossil fuels began liberating this important gas from ancient rocks , the Earth had been flirting with dangerously low levels not seen for more than 600 million years. 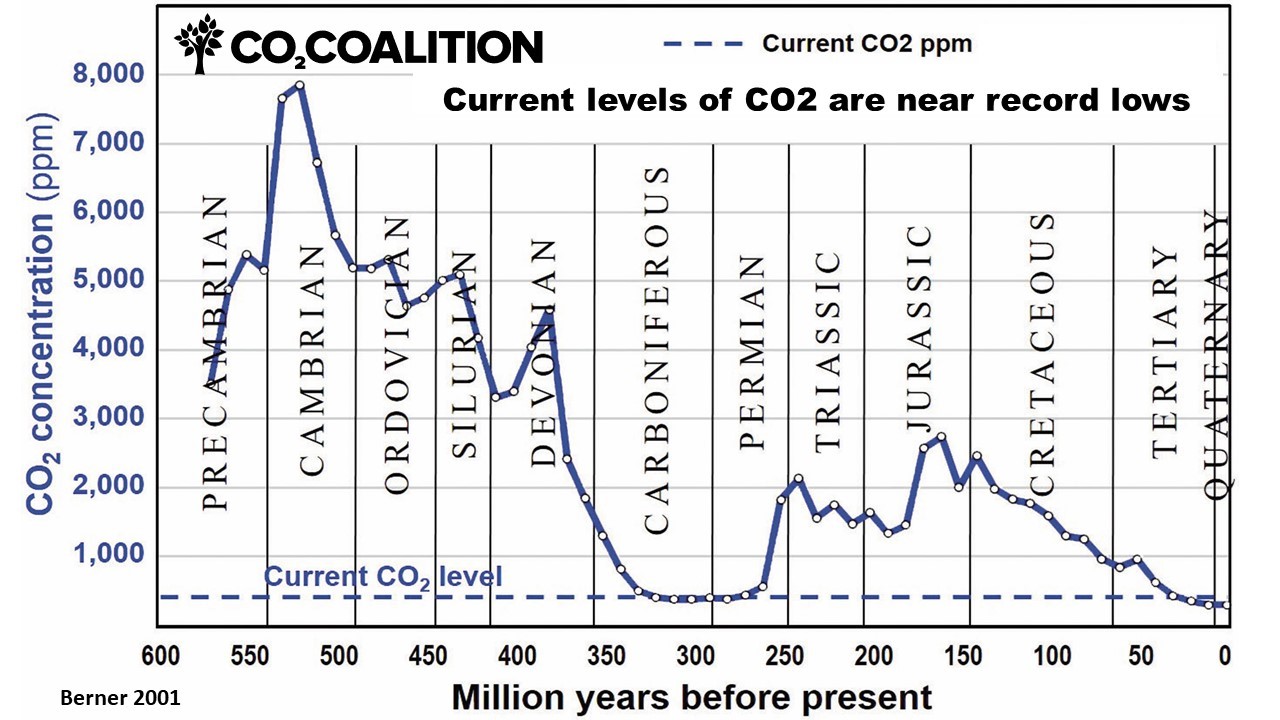 During nearly all of Earth’s history, carbon dioxide concentration was at many multiples of our current level, averaging 2,600 ppm, or 6.5 times our current measurement. Forerunners of most of the plants we rely on for sustenance first appeared around 150 million years ago when CO2 levels were more than 2,000 ppm. Since that time CO2 has fallen steadily and precipitously.

In fact, at the end of the last ice age, carbon dioxide reached the dangerously low level of 182 ppm, thought to be the lowest since the Precambrian time period more than 600 million years ago. Why is it dangerous? Because 150 ppm is the lowest level at which plant life can survive. We came within a whisker of breaching that “line of death.” Until we began adding CO2 to the atmosphere, there was no guarantee that this horrific threshold would not be crossed in the future.

Rather than spreading fear of increasing carbon dioxide, we should be thankful that both the Earth and humanity are thriving, in part due to more CO2. 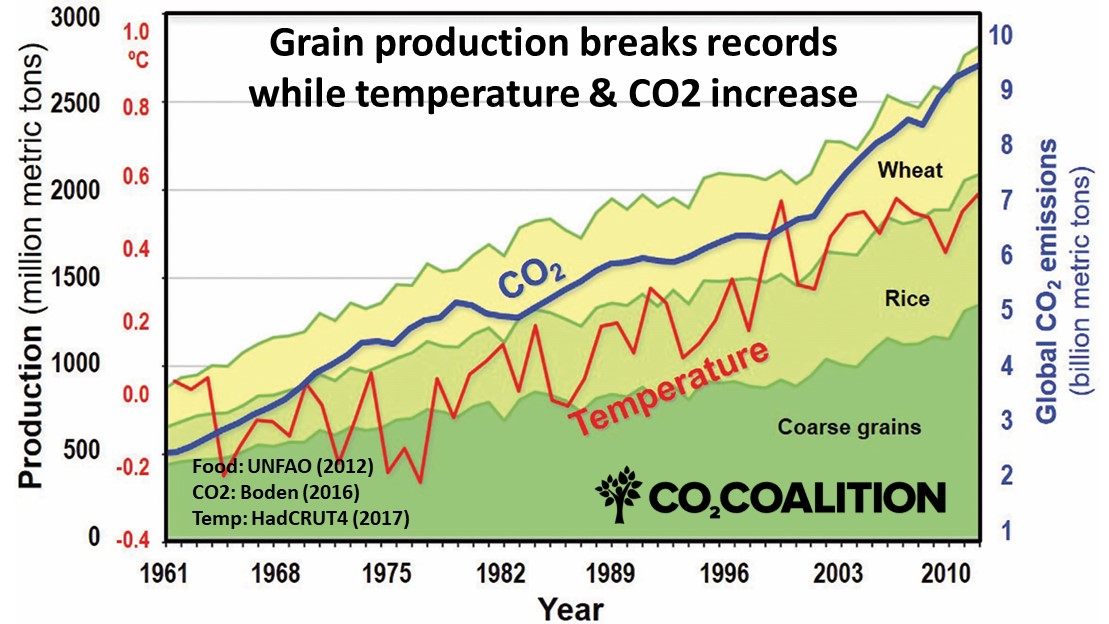 It has been long known that increasing CO2 benefits plant growth through the CO2 fertilization effect. Recognizing the benefits of this, greenhouses often increase CO2 to 1,500 ppm. Research from laboratory studies by the Center for the Study of CO2 and Global Change have documented that a 300 ppm rise in CO2 levels would increase plant biomass by 25 to 50%. This significant boost in plant productivity, along with a boost from lengthening growing seasons, means that we are better able to feed a hungry planet.

An additional significant benefit from this increasing CO2 fertilization is that the plants have smaller stomata (pores) and have lessened water needs. Less water used means that more stays in the ground and is leading to increasing soil moisture across much of the planet and a “greening” of the Earth. According to NASA, up to 50% of the Earth is “greening,” in part due to higher CO2 levels. This increased soil moisture is a primary cause for the long-term decrease in forest fires and droughts worldwide.

The benefits of increasing CO2 don’t stop with accelerating plant growth and increasing soil moisture. The biological impacts section of the 2014 white paper Climate change reconsidered II provided quite a lengthy list of additional benefits in addition to those mentioned above. The main points are listed below:

Forests are growing faster in response to increasing CO2.

More CO2 stimulates growth of beneficial bacteria in both soil and water.

Although I do not pretend to speak for the planet’s flora, I am quite certain that, if plants had a say in the matter, they would not lobby for reductions in CO2 levels. For plants, CO2 is food. They need more of it, not less.