The 4th National Climate Assessment (NCA) released Friday, November 23rd was a hodge-podge of cherry-picked data, outright lies and scare-mongering at its worst.  It predicts the premature deaths of tens of thousands from the effects of climate change, including deaths from starvation, mosquito-borne illnesses, extreme heat, flooding and other natural disasters. 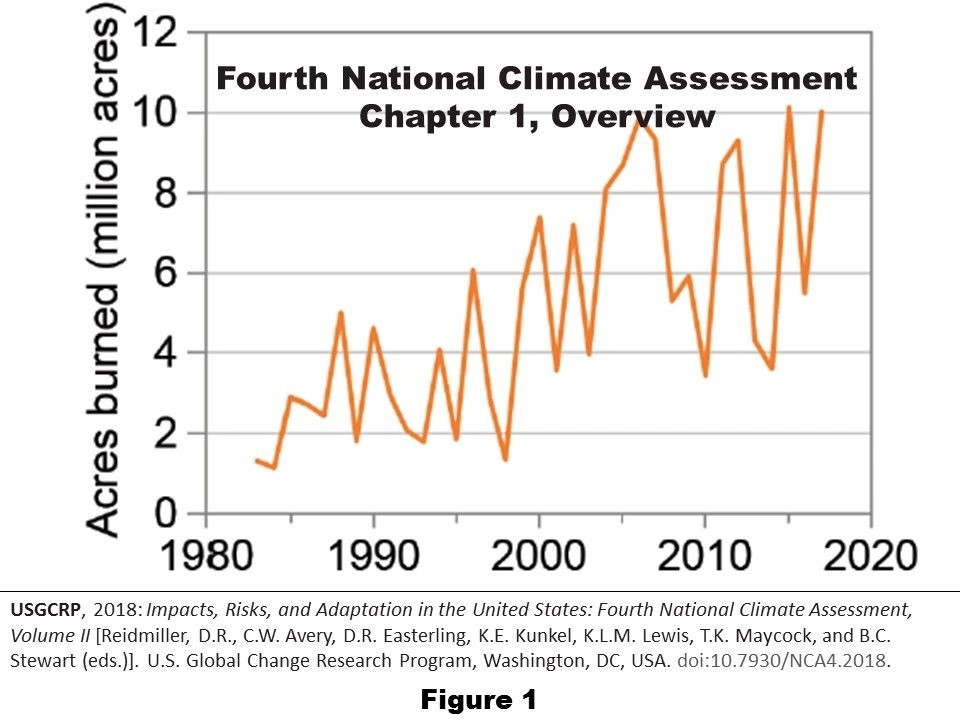 The poster-child of this apocalyptic vision for the Earth was man-made warming-driven wildfire. Forests in flame were prominently featured on the cover and back page of the Overview and prominently featured throughout the first chapter as the prime example of a planet teetering on the brink of apocalypse. The study reported as fact that “wildfires are increasing.”

In an attempt to document their notion of increasing fires, the “science” provided in the report was a chart (figure 1) that showed an increase in area burned for the United States from the National Interagency Fire Center (NIFC). Inspection of the chart, however, revealed that the data used was cherry-picked, only starting in 1984 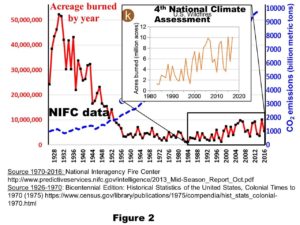 in order to have the appearance of increasing fire. Yet, the data available from the NIFC and the US Census Bureau go back to 1928 and the full data-set shows that area burned in the US is now 25% of what it was 70 years ago.

And, even worse for the authors of the Climate Assessment report, the number of fires from the data show a definite significant decline, rather than the claimed increase (figure 3). 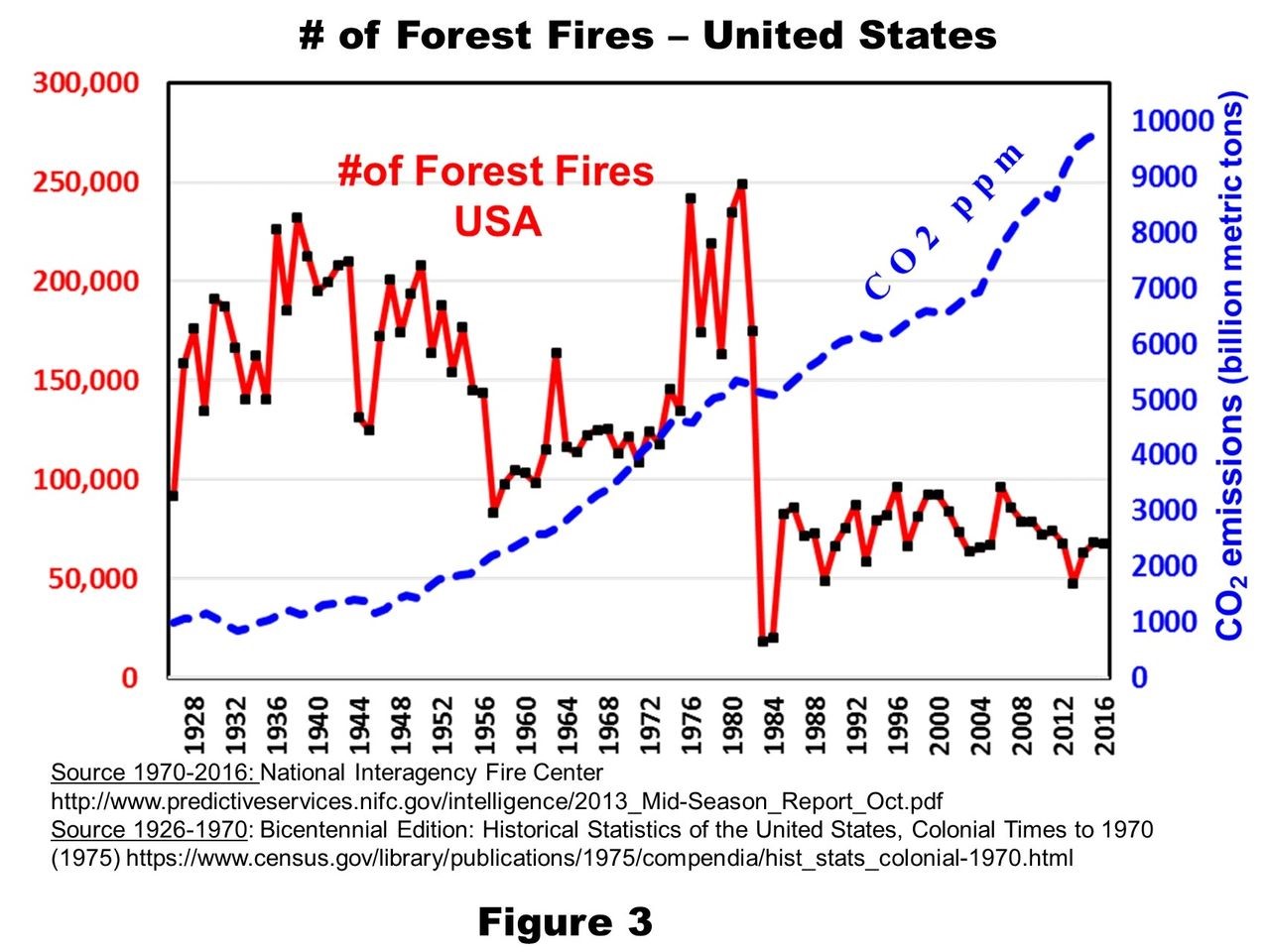 Larger studies across the northern hemisphere including a study by scientists with the Canadian Forest Service and two recent studies (here and here) of global fire that categorically confirm that fire has been in a long-term decline globally. Many fire experts agree that the decline is due to increasing soil moisture content owing to warming temperatures (more precipitation) and increasing CO2 (lessened water needs by plants).

The information above highlights a willful abuse of the scientific process wielded in order to stoke an unfounded fear in the public in order to justify the economically crippling “green” policies of the Paris Climate Accord and carbon taxation schemes. This is just one of the many projected climate calamities advanced in the report. How many more of their “consensus facts” will be exposed with further examination of this recent climate manifesto.