The Snare of Government Subsidies

“Governments have evolved a strategy by which whole industries or professions are captured by the bureaucratic state [eg renewable energy]. While this strategy is not the only one used, in peacetime it has proven enormously successful. I have outlined this strategy by means of the following analogy:

“There is no hope of a return to a freer system until the leaders of the movement against state control are prepared first to impose upon themselves that discipline of a competitive market which they ask the masses to accept.” – F. A. Hayek, address to the Mont Pelerin Society in 1947

Originally published here at the Mises Institute on 31 August 2006. 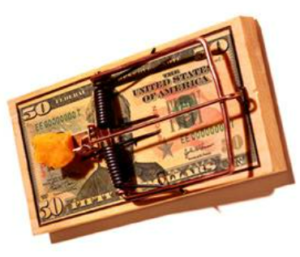