“Science is one of the great achievements of the human mind and the biggest reason why we live not only longer but more vigorously in our old age in addition to all the ways in which it provides us with things that make life easier and more enjoyable. Like anything valuable, science has been seized upon by politicians and ideologues and used to forward their own agendas. This started long ago, as far back as the 18th century when the Marquis de Condorcet coined the term ‘social science’ to describe various theories he favored. In the 19th century, Karl Marx and Friedrich Engels distinguished their own brand of socialism as ‘scientific socialism’. By the 20th century, all sorts of notions wrapped themselves in the mantle of science. Global warming hysteria is only the latest in this long line of notions whose main argument is that there is no argument because it is [the] science.” 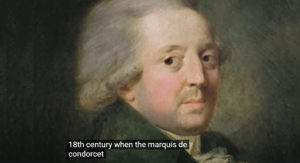