March mean temperatures over Northern Europe showed an overall cooling trend and so with it a later start to spring, the data from the Japanese Meteorological Agency (JMA) show.  Europe saw a very mild winter – one of the mildest on record – and so people living here believe it’s warming and that every year spring is arriving earlier. Yet mean the temperature data from the Japan Meteorological Agency (JMA) going back 2 decades and more tell us the opposite is in fact the case in northern Europe and elsewhere: March has been cooling. First we look at the mean March temperatures at 14 stations across the United Kingdom.

Data Source: JMA Most stations plotted above show a cooling trend for the month of March. Obviously CO2 is not the driving factor, rather likely it has to do with the North Atlantic oceanic cycles. The story is the same across the Netherlands when we look at data going back to the time the Kyoto Protocol was adopted, in 1997. 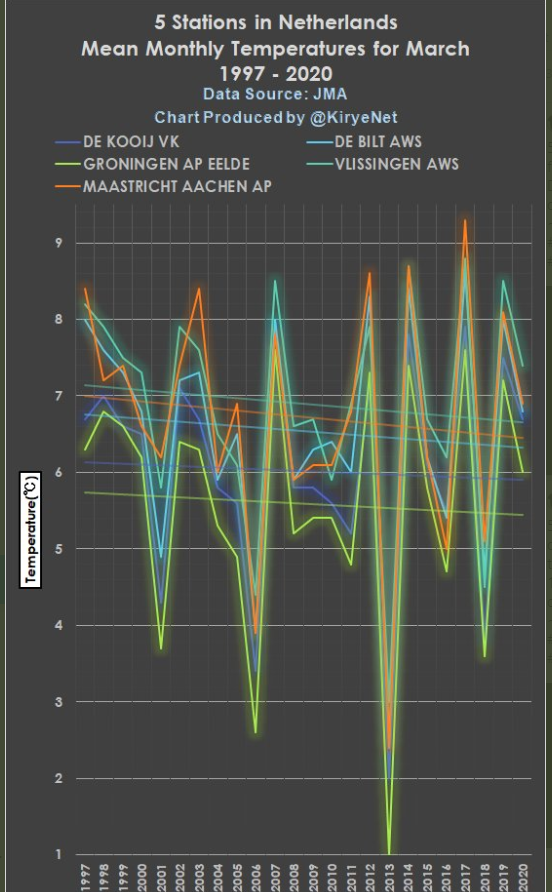 Data source: JMA. The northern European country of Finland shows no climate change, at least in march, over the past 30 years: 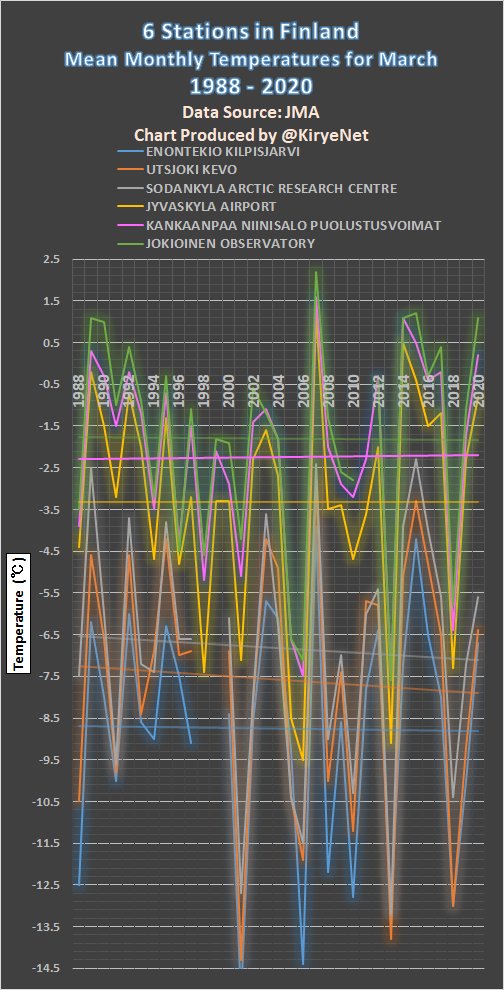 Data source: JMA.  Moving to the Scandinavian country of Sweden, the home of teen activist Greta Thunberg, we see a trend that is more in line with United Kingdom, possibly being influenced by the North Atlantic cycles as well: 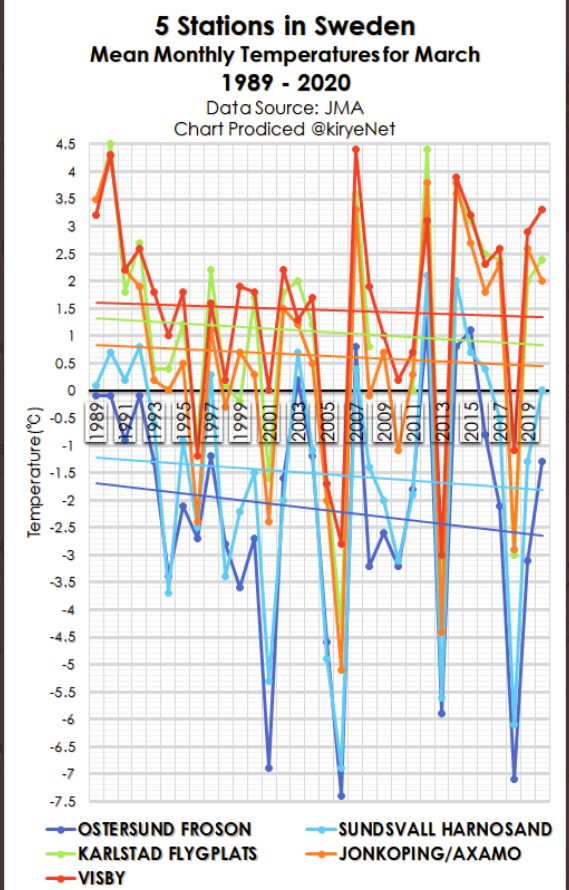 Data source: JMA.  The six Swedish stations examined show cooling in March over the past 30 years. Why everyone is still speaking about warming even though the planet is showing more a mixed bag remains a mystery. It probably has a lot to do with the global warming obsessed media. Summary: Northern Europe early Spring (March) is not getting warmer, and is in fact cooling modestly, when we look at the untampered data from the JMA. Plotted in this post were the stations for which the JMA had complete or almost complete data sets. This article appeared on the NoTricksZone website at https://notrickszone.com/2020/04/15/cooling-continent-northern-europe-early-spring-now-coming-later-march-data-show/]]>