Climate Change, the art of sophistry

“Sophistry is the use of clever but false arguments, especially with the intention of deceiving. Climate alarmists who know the world is not coming to an imminent end (and that they aren’t going to save the planet from apocalyptic destruction), are creating clever – but false – arguments. There are plenty of them around in the ranks of the World Economic Forum, United Nations, and the world’s political parties. They are, to their eternal shame, exponents of the subtle art of sophistry. These people continually end sentences with words like ‘climate action’, ‘tackle Climate Change’, and ‘climate is an existential threat’.” 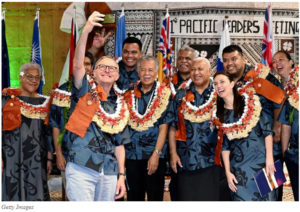