“Thanks to Rachel Carson’s unscientific claims about DDT in her 1962 book Silent Spring, the environmental movement against DDT [and later climate change] began with blind stupidity. In 1972, the U.S. EPA banned DDT. Then in 2004, several countries decided to ban DDT at the Stockholm Convention on Persistent Organic Pollutants. Today, most arguments (and movements) against DDT can be traced back to the inspiration from this fallacious fear-mongering unscientific book and its claims on DDT.” 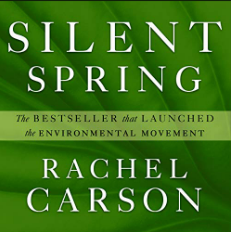