Figure 1 My Figure 1 is similar to Figure 9 from those updates, but in it, I’ve also shown the linear trends for the global surface and lower troposphere temperature anomaly products.  The linear trend, the warming rate, presented by the average surface-based products is noticeably higher than the average lower troposphere products.   This, of course, according to Dr. Gavin Schmidt (head of NASA GISS), is the opposite of what the anthropogenic global warming hypothesis tells us is supposed to happen, which is that the lower troposphere is supposed to warm at a faster rate than the surface. See Screen Cap 1.

Table 1 NOTE:  For those new to the discussion, there are very fundamental reasons why the lower troposphere has an excessive response to a massive El Niño. The lower troposphere warms for two reasons during an El Nino. First, it warms because the Earth’s surface warms as a result of the El Nino. Second, the lower troposphere warms an additional amount because the El Niño’s higher sea surface temperatures in the tropical Pacific cause a tremendous amount of moisture to be evaporated from its surface and that moisture releases more heat to the troposphere after it rises into the atmosphere, condenses and forms clouds. [End note.] Plainly, the 1997/98 El Niño appears to have caused a temporary alignment of the trends of the average surface and average lower troposphere temperature products.  Regardless, the trends of the two metrics align at the end year of 1999, so we’ll use that as our breakpoint in this discussion. See Figure 2. 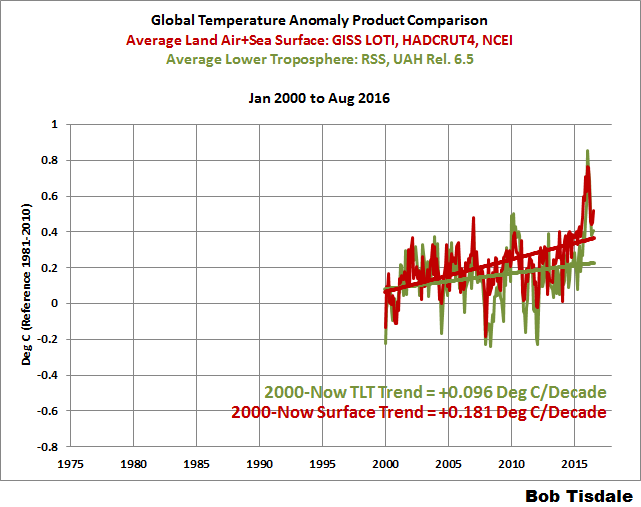 Figure 3 But according to the hypothesis of manmade greenhouse gas-driven global warming, the opposite is supposed to happen…the lower troposphere is supposed to be warming faster than the surface. THREE POSSIBLE REASONS WHY DATA CONTRADICT HYPOTHESIS Of course, there are three possible reasons why the global lower troposphere and surface temperature products do not agree with the hypothesis of human-induced global warming:

Take your pick and discuss the reasons. DATA SOURCES Surface: GISS LOTI NOAA/NCEI  (Click on the link to Anomalies and Index Data.) UKMO HADCRUT4 Lower Troposphere: RSS (September version with higher trend) UAH (version 6.5)   This article appeared on the Watts Up With That? website at https://wattsupwiththat.com/2016/10/14/the-divergence-between-surface-and-lower-troposphere-global-temperature-datasets-and-its-implications/]]>