The Decline and Fall of Reliability, Affordability, and Competition in ERCOT

“Indeed, about $66 billion was spent building wind and solar infrastructure in Texas in the years before the [2021] blackouts, yet all that spending was worth next to nothing when the grid was teetering on the edge of collapse during the early morning hours of February 15. For several hours, there was no solar production, and of the 31,000 megawatts of wind capacity installed in ERCOT, only about 5,400 megawatts, or roughly 17% of that capacity, was available when the grid operator was shedding load to prevent the state’s grid from going dark. It is true that significant amounts of generation from natural gas went offline during the freeze. Yet Figure 4 shows that natural gas still provided the vast majority of electricity during the freeze. Wind and solar were minor participants. ” 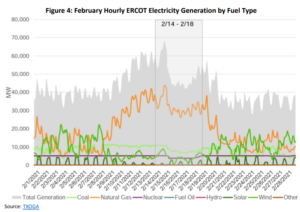 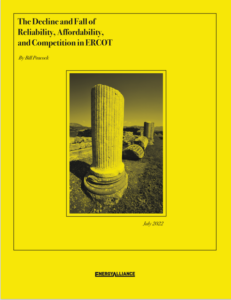