European Institute for Climate and Energy (EIKE) here have been looking at temperatures in Central Europe, foremost Germany, over the past 30 years. 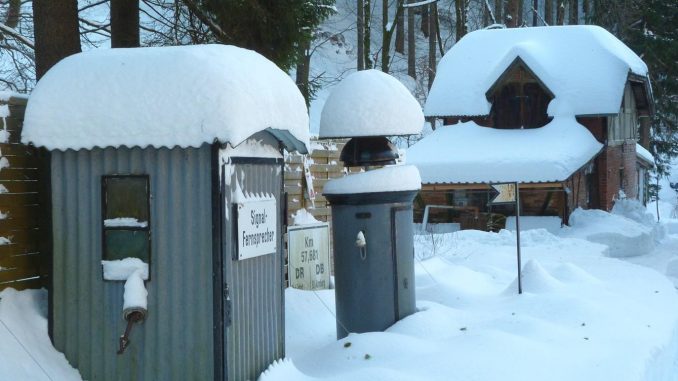 Heavy snow blankets Germany in January, 2018. Photo: Stefan Kämpfe The German media like to say that Germany has been warming rapidly due to global warming, especially winter. Yet a look at the data tells a different story. Although January, 2018 was a mild one at a mean of 3.8°C, as measured by the German DWD national weather service, the overall January trend is COOLING. The warm January, 2018, did little to curb Germany’s overall January cooling trend, as data from the DWD show. Kowatsch and Kämpfe have plotted the January data over the past 31 years along with the computed linear trend line: 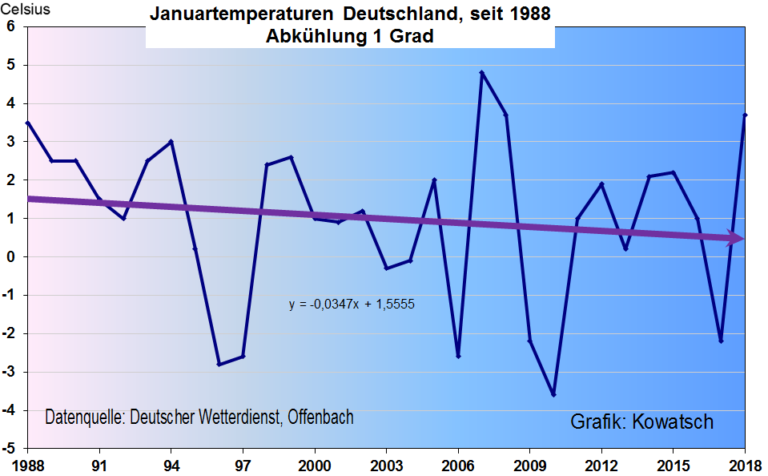 Figure 1: January mean temperatures for Germany have been cooling over the past 31 years. Chart: Josef Kowatsch, based on data from the DWD. This winter’s mild Central European weather has been attributed to a series of lows that have pumped in mild air from the Atlantic and kept much of Europe out of the ice box. Also heavy precipitation has been associated with the lows, and higher elevations have seen heavy snowfalls as a result — especially in the mountain regions and Alps. Trend contradicts the CO2 Looking at different locations in Germany, the East German station of Erfurt/Weimar shows the same January cooling trend despite rising CO2 concentrations. 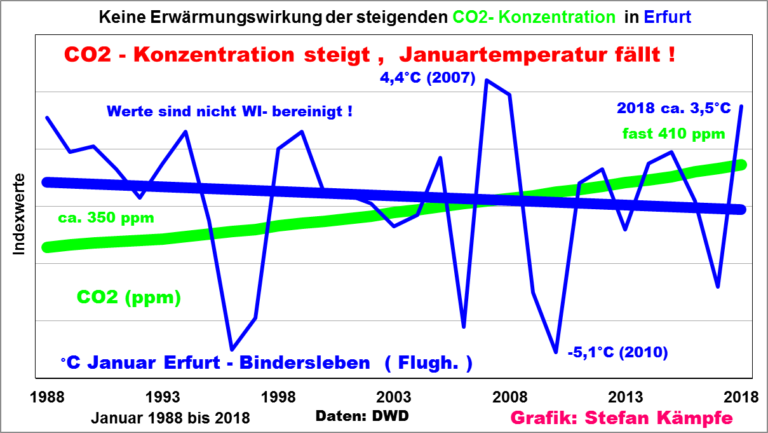 This cooling has been occurring despite urbanization and added waste heat. Currently 100 hectares of building and asphalt are being added daily. Substantial cooling at the high elevations Getting away from urban areas, Kowatsch and Kämpfe looked at the mean January temperature atop Germany’s highest peak, the Zugspitze, and at Amtsberg in the East German Erzgebirge near Chemnitz. The following chart shows the 31 year trend for the Zugspitze, some 2960 m above sea level: 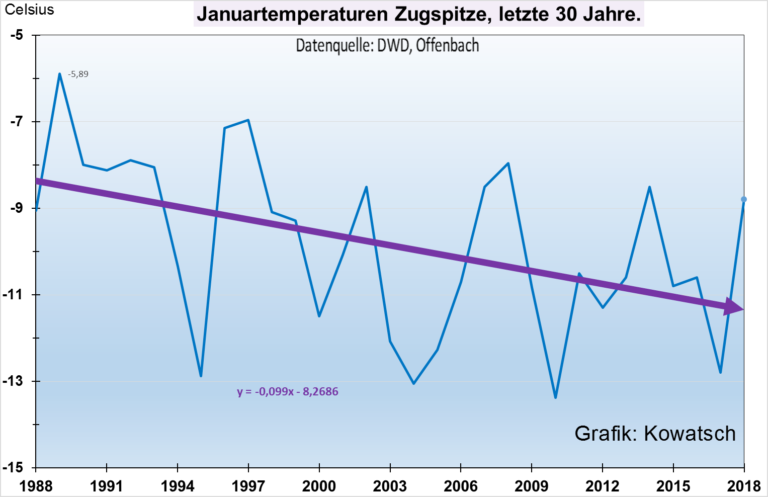 Figure 3: January’s mean temperature on the summit of Germany’s highest mountain, Zugspitze, has trended significantly downward over the 31 years: from -8.3°C in 1988 to over -11°C in 2018 (using the linear trend). That’s about 1°C per decade! Chart source: Josef Kowatsch. Urban heat island likely skewing the real cooling Next we look at the station Amtsberg at the foot of the Erzgebirge in East Germany. Here over the past 30 years the mean January temperature has fallen modestly and shows no signs at all of any warming. 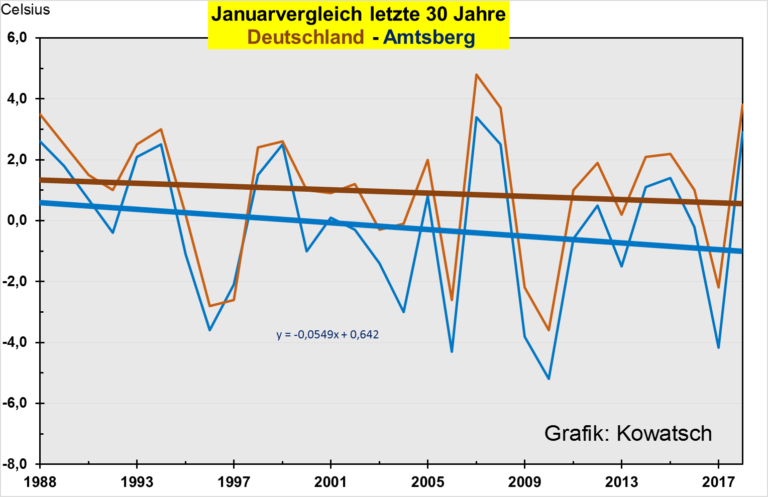 Figure 4: Rural station Amtsberg (blue curve) near Chemnitz is similar to the trend observed across Germany (red curve). Chart source: Josef Kowatsch. Kowatsch and Kämpfe write that they believe the urban heat island (UHI) effect has not been adequately accounted for in the DWD data, and thus the cooling may actually be even stronger. So if you’re looking for warming, you won’t find it in Central Europe — despite all the fake climate news you might be hearing. This article appeared on the NoTricksZone website at http://notrickszone.com/2018/02/09/europe-cooling-weather-service-data-show-falling-january-mean-temperatures-over-past-30-years/]]>