Climate Myths: We keep reading about how the extreme weather of 2017 is the “new normal” thanks to global warming — even if the weather in question is frigid air. But the data don’t show any trend in extreme weather events in the U.S. for decades. Science, anyone? The latest to make this “new normal” claim is Munich RE, which issued its annual report on the damage costs from hurricanes, floods, wildfires and the like on Thursday. According to the report, insurers paid out a record $135 billion because of these disasters, and total losses amounted to $330 billion, the second worst since 2011. It was also, the report says, the costliest hurricane season on record. And if you look at the chart in the report, it does appear that the cost of natural disasters has been on the uptrend since 1980. Naturally, climate change advocates point to this as further proof that the increase in CO2 levels is already causing calamities around the world. “As human-induced climate change continues to progress, extreme weather is becoming more frequent and dangerous,” is how the Environmental Defense Fund put it. Munich RE’s own Corporate Climate Center head claims that “2017 was not an outlier” and that “we must have on our radar the trend of new magnitudes.” But what evidence is there that extreme weather “is becoming more frequent and dangerous.” In the U.S., there isn’t any. If you don’t believe that, then look at the series of charts below, which are taken from government sites, that depict trends in hurricanes, tornadoes, droughts and wildfires — all of which should be, according to environmentalists, on the uptrend. What do you see in these charts. There is no trend in any of them. 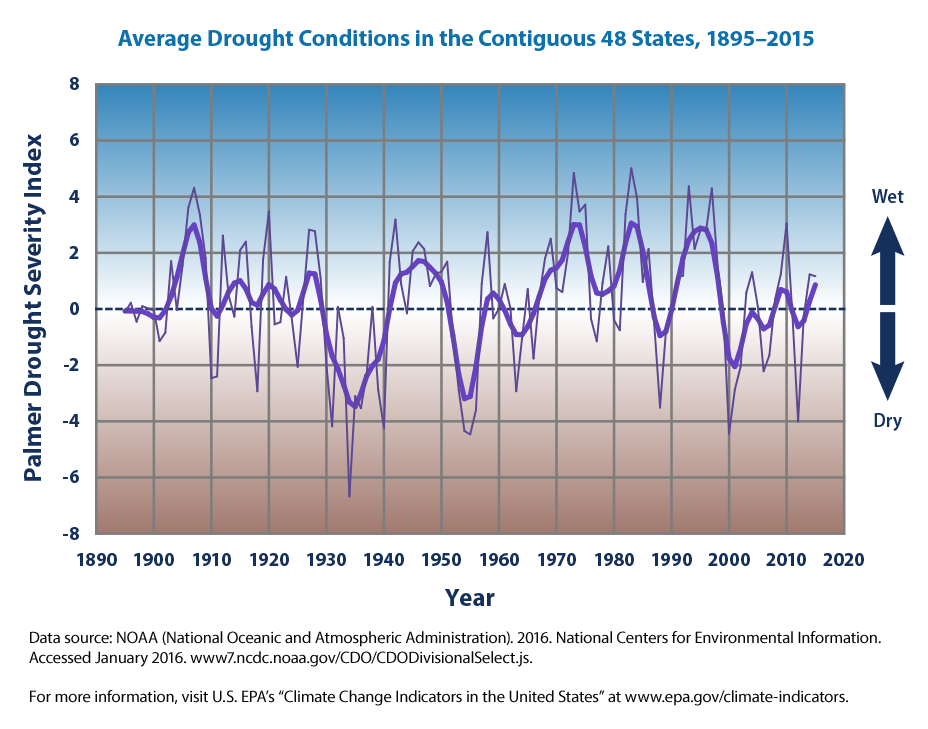 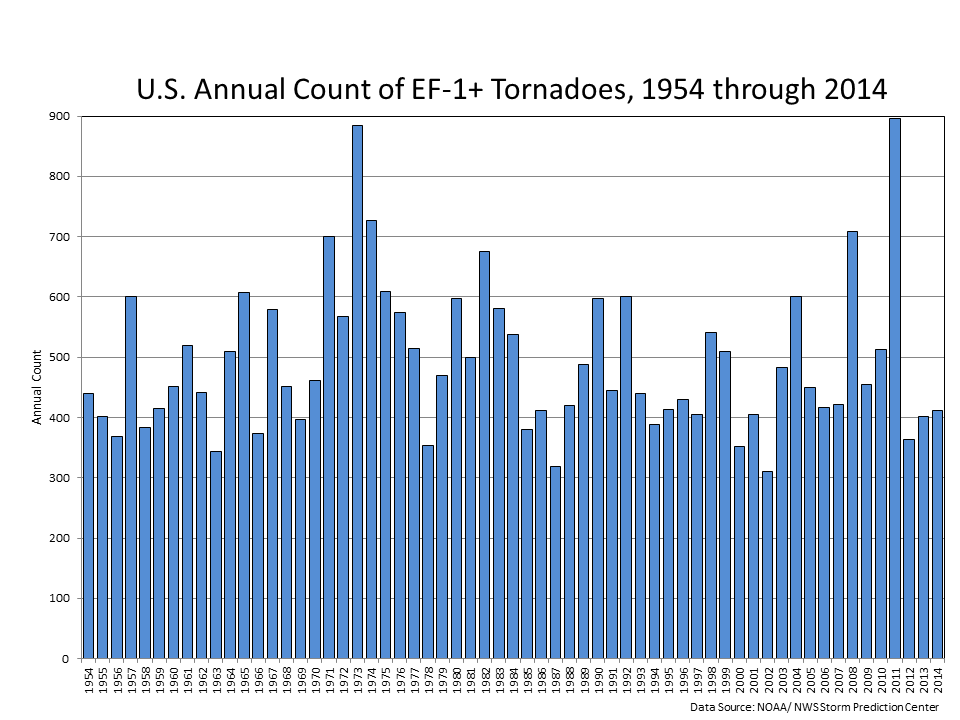 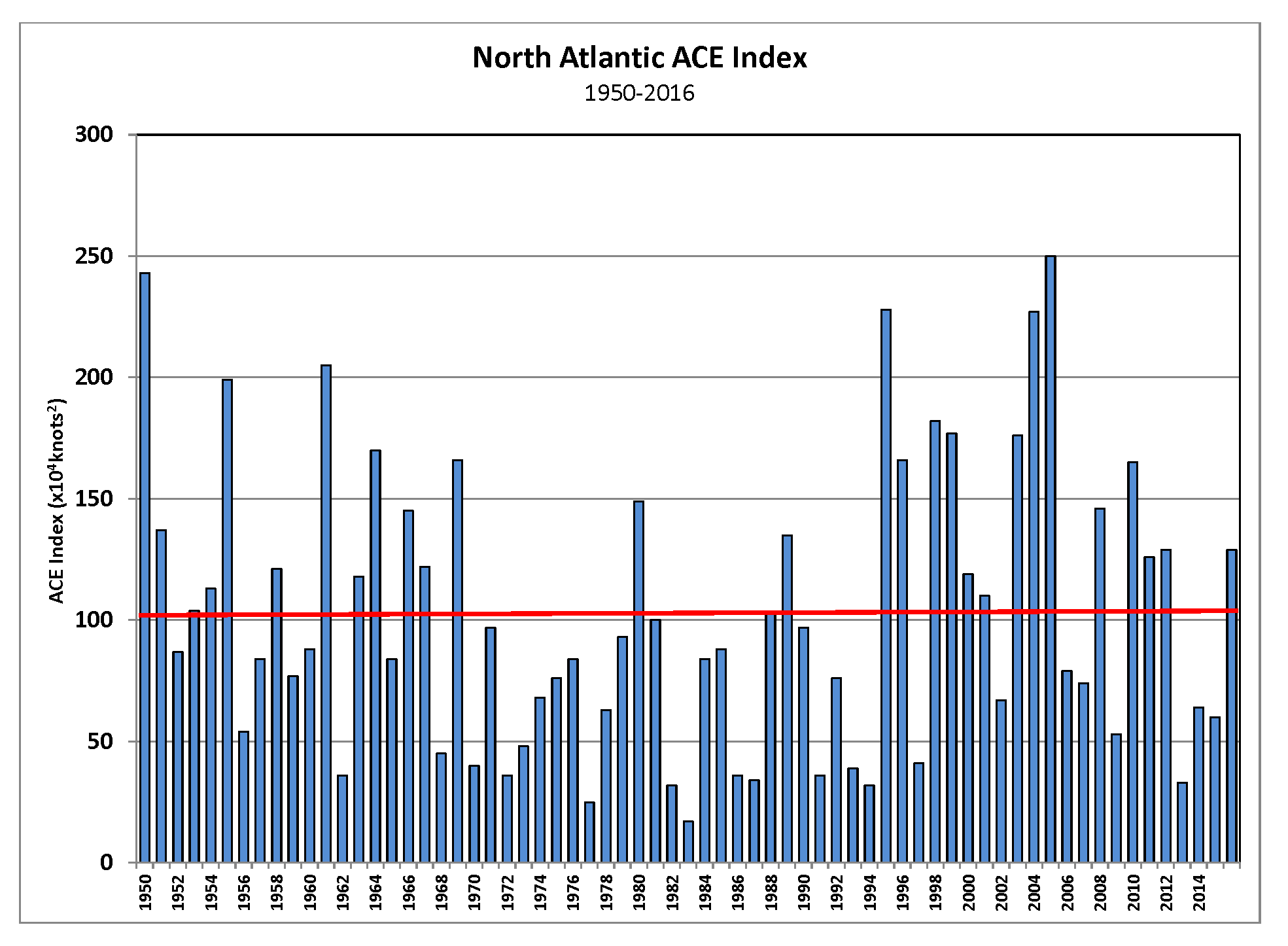 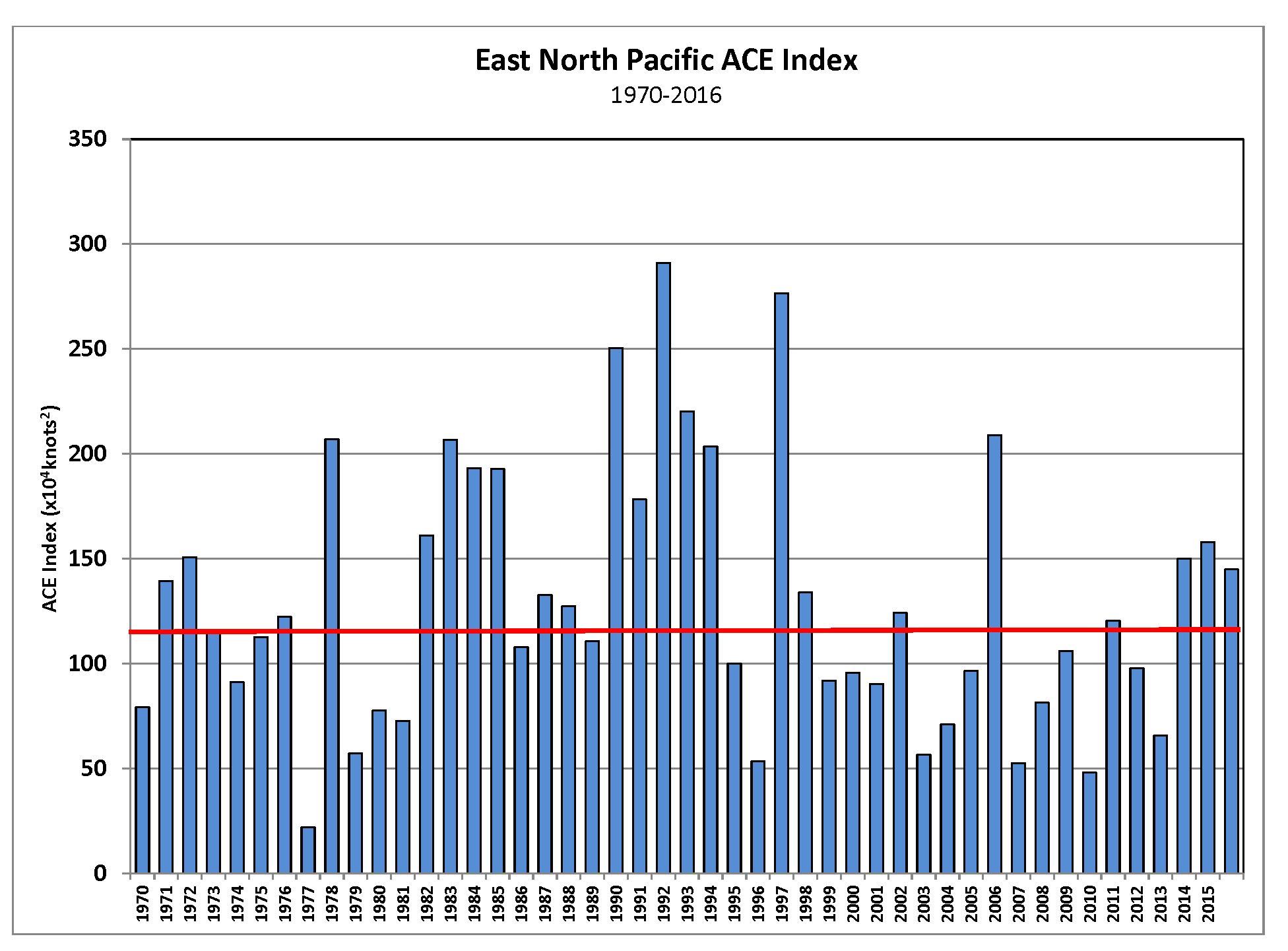 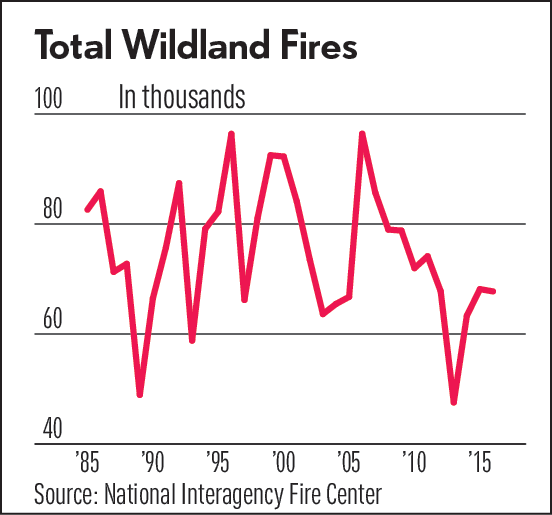 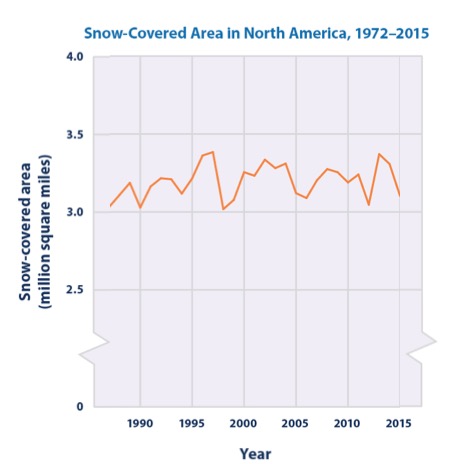 Look at the data on drought conditions, from the National Oceanic and Atmospheric Administration. There is no meaningful increase from 1900 to 2016. In fact, the past decade has been relatively mild on the drought front, with several years below average. The same is true when it comes to tornadoes. The number of tornadoes in 2014 was below the number in 1954, NOAA data show. Indeed, the trend line seems to indicate that tornado activity has been lower since the mid-1980s than it was in three decades before that. What about hurricanes? Yes, this year was a bad one in terms of the number and damage caused by hurricanes. But these storms came after years of lower than normal hurricane activity, both in the Atlantic and in the Pacific. NOAA data show the annual Accumulated Cyclone Energy (ACE)  in each region going back to 1970. As NOAA explains “The ACE index is used to calculate the intensity of the hurricane season and is a function of the wind speed and duration of each tropical cyclone.” Can anyone see a discernible upward trend in this index in the past 46 years? As with tornadoes, the index seems to have declined since the 1980s. Wildfires? Sorry, but as with the other natural disasters, there’s nothing here to validate the environmentalists scare stories, either. According to the National Interagency Fire Center, there were 67,743 wildfires in 2016. That’s down from more than 85,000 in 1986. By December 22 of last year, there had been about 66,000 fires, NIFC data show. The snowfall trend hasn’t changed in decades, either, according to EPA data, although you’d think there’d be less snow as the planet warms. Of course, whenever there’s a blizzard or a blast of arctic air — as with the “bomb cyclone” in the northeast — environmentalists start mewling about how that, too, is a sign of global warming. So if there’s no trend one way or another, what does that mean? Even global temperatures aren’t rising as fast as the global warming computer models say they should be, as we pointed out in this space recently. Yet despite these data, story after story continues to peddle the claim that the weather is getting more extreme, using whatever recent string of bad weather as the hook. OK, but what about the Munich RE numbers showing the continued increase in costs? That can easily be explained by the fact that the past several decades have seen increases in development and population in areas that are prone to severe weather. If a hurricane battered Florida 100 years ago, the monetary damages would be far, far less than today — even if you adjust for inflation — for the simple reason that Florida’s population and its economy have exploded over the intervening years. It’s also not inconceivable that Munich RE could have a vested interest in playing up the potential for climate-caused natural disasters, as a way to justify rate increases. That would present a conflict of interest that journalists — normally on guard for things — are noticeably disinterested in exploring. In any case, the question remains: If climate change is supposed to unleash waves of horrifying natural disasters as climate experts claim, why aren’t we seeing any evidence of it here?           This article appeared on the Investor’s Business Daily website at https://www.investors.com/politics/editorials/despite-what-youve-heard-global-warming-isnt-making-weather-more-extreme/]]>