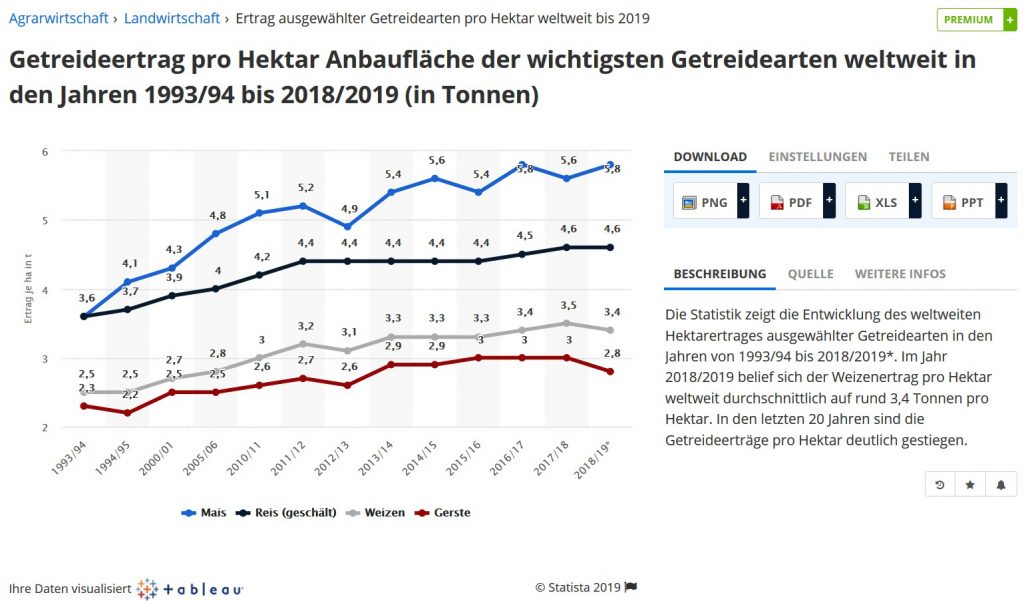 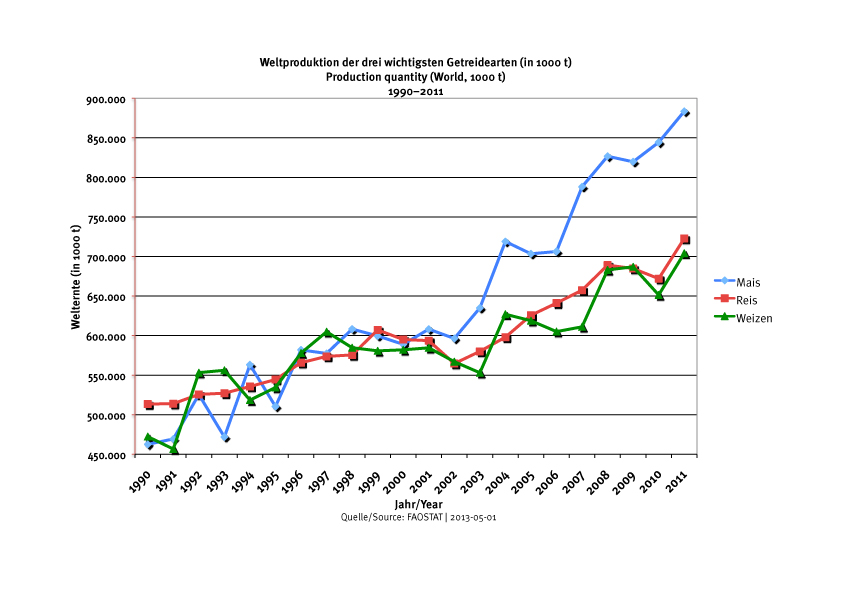 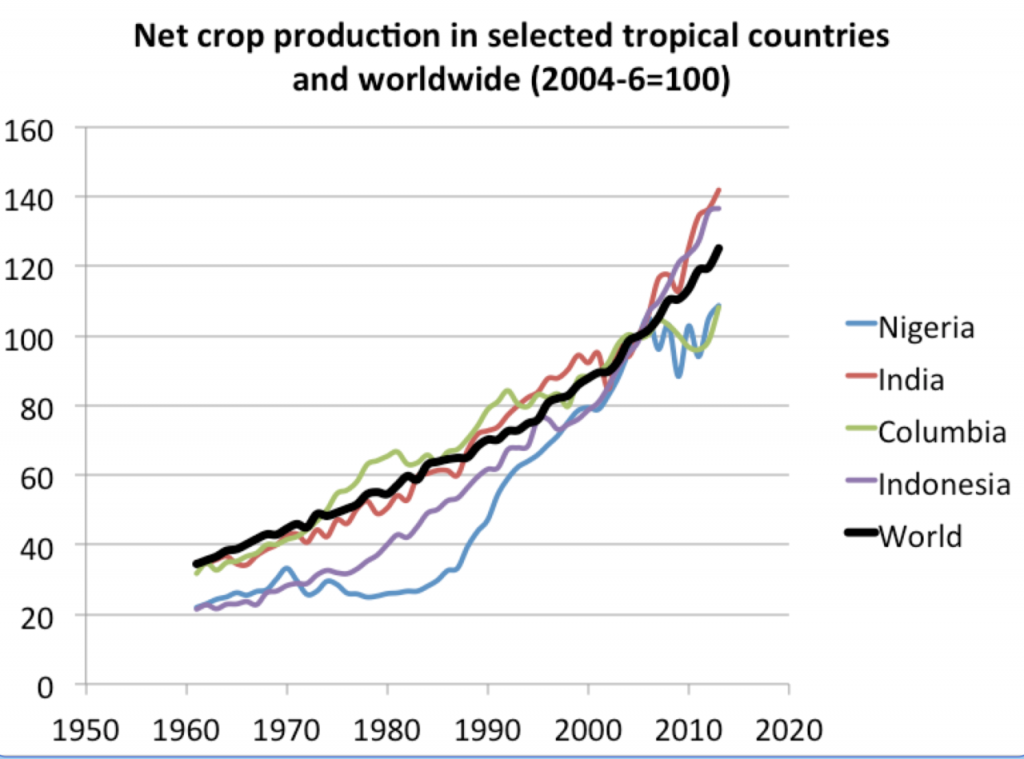 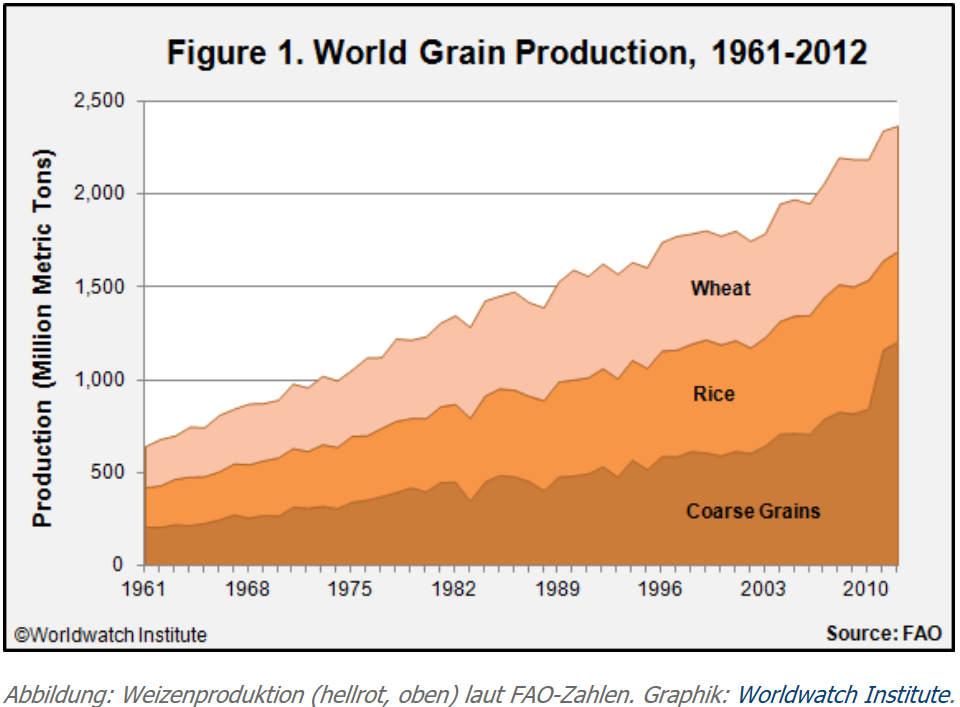 And when we look at the world grain production as a whole (wheat, rice and coarse grains), production has quadrupled since 1961! This means that four times as much grain is harvested in the world as 60 years ago. The world population has only grown from 3 billion to over 7 billion in the same period. So it has only more than doubled a little bit. 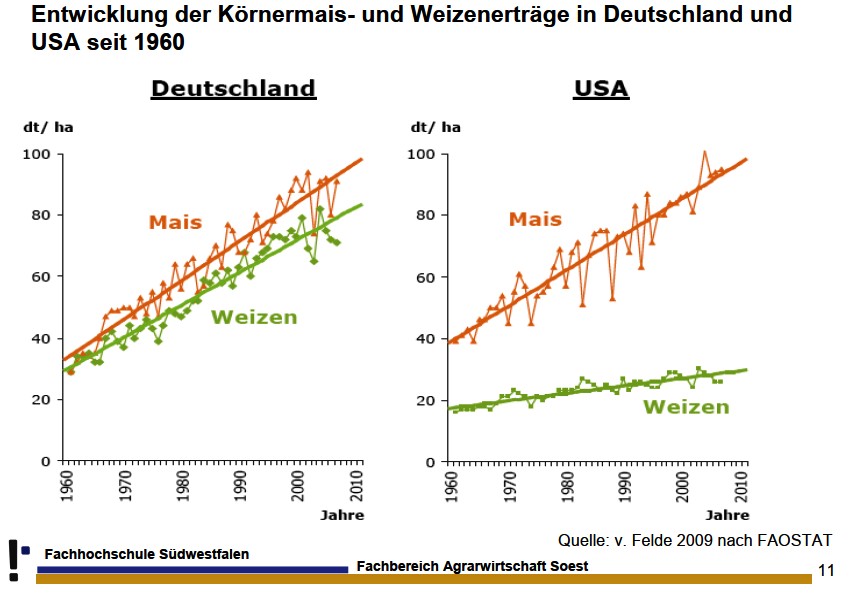 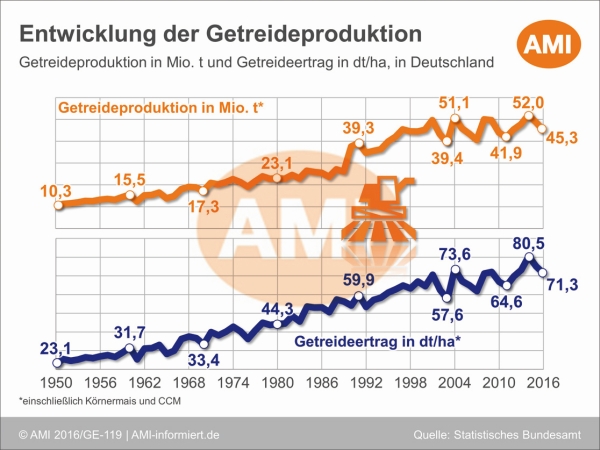 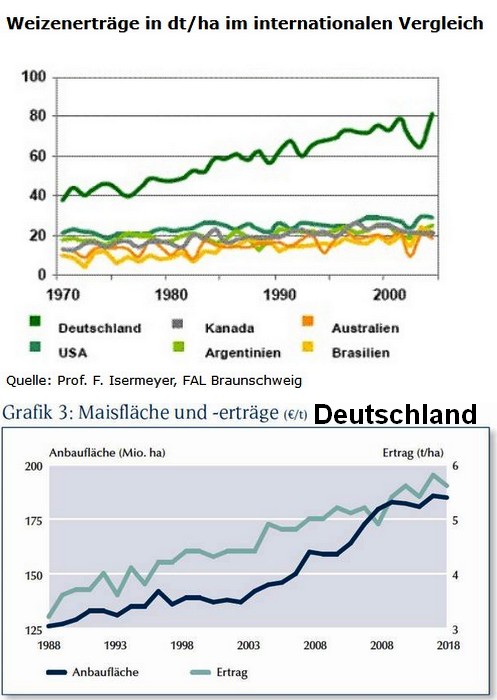 Wheat yield (top), maize yield Germany (bottom). Source: Prof. F. Isermeyer, FAL Braunschweig By international standards, wheat yields per hectare of cultivated land have risen worldwide. Germany, in particular, is distinguished in wheat cultivation by high yields per hectare and a strong increase in yields per hectare. The yield per hectare of wheat has more than doubled since 1970 and is four times higher than in other countries. And maize acreage and maize yields have also grown strongly in Germany. In the last 30 years, the yields per hectare of maize have almost doubled and the area under maize has increased by about 75%. Good news censored The question is: Why don’t you hear about it in the media and news? As a rule, there are only reports of failed harvests and famines, but no new record harvests. Perhaps simply because this does not fit into the picture of a climate catastrophe? Now imagine that the Arctic and Siberia would also become fertile arable land as a result of global warming and that crop yields increased even further as a result. Would that be bad or good?   This article appeared on the NoTricksZone website at https://notrickszone.com/2019/04/10/staggering-human-success-fake-disaster-claims-exposed-grain-production-quadruples-while-population-doubles/]]>